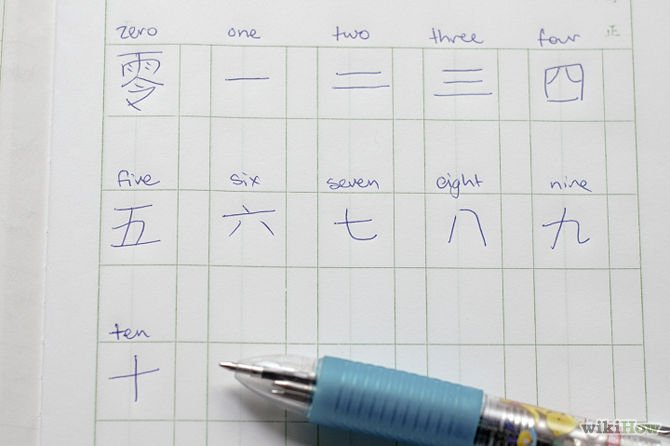 When we study a new language or travel to a foreign country, one of the first few things that we have to do is learning to count numbers as it is useful in daily life such as buying foods. The way we count numbers, however, is quite different from that in western countries in terms of the pronunciation and how they are represented in gestures. Hopefully, after reading this blog, it will be easier for you to count numbers in China.

Since Chinese is generally based on pronunciation, it is rather difficult for non-native speakers. Therefore, there will be both phonetic spellings and pronunciation guides for each number.

Using one hand to represent the numbers one through ten is helpful when you forget how to say it in Chinese. It is also useful to distinguish numbers with similar pronunciation such as four [sì] and ten [shì]. The representations vary in practice from one region to the other. For example, the gesture for number eight below means seven in some regions such as Guangdong and Hong Kong.

Double-digit numbers are composed of saying one single-digit and another. For example, 11 would be “Shee-ee (shi-yi)” and 85 would be “Bah-Shee-Woo (ba-shi-wu)”.

Numbers larger than 99 have special words such as hundred (百, [bǎi]) and thousand (千, [qiān]). In addition, there are some special rules regarding when to use zero for larger numbers as well. For instance, you have to say “Lee-yoo-Bai-Ling-Chee (liu-bai-ling-qi)” for 607 but “Lee-yoo-Bai-Chee-Shure (liu-bai-qi-shi)” for 670.

Want to practice this new skill and get some work experience at the same time? Apply now to come and join us! Internship places available in Qingdao, Chengdu and Zhuhai.

Lucky and Unlucky Numbers in China

Have you ever wondered why they chose and fought hard to be the host of the Olympic 2008? they started the opening ceremony on August 8, 2008 at 8:08? It is because the number 8 is a lucky number for them and they believe it will bring good luck to their players if they start the Olympics on that date. Are you interested yet, come on now we will take a look at lucky and unlucky numbers in Chinese culture.

• One means loneliness, beginning, masculine. One has a thrusting energy that surges forth new growth and potential.
• Two is considered a good number in Chinese culture because There is a Chinese saying: “good things come in pairs”. They always use double things to emphasize things as well, like double happiness
• Three is also a lucky number for them as this is similar to the character of birth.
• Four is an unlucky number and it means death. In East Asia, some buildings do not have a 4th floor. (Compare with the Western practice of some buildings not having a 13th floor because 13 is considered unlucky.) In Hong Kong, some high-rise residential buildings omit all floor numbers with “4”, e.g. 4, 14, 24, 34 and all 40–49 floors, in addition to not having a 13th floor. As a result, a building whose highest floor is number 50 may actually have only 35 physical floors.
• Five — this is a lucky number and is usually link to the five elements which are wood, earth water fire and metal. This number is usually linked to the Emperor of China as well and the Tienanmen gate. “A great practice to familiarize ourselves with the Chinese number five is to adopt the founding five Chinese blessings like Wealth– Happiness– Longevity — Luck and Prosperity. “
• Six — The number six usually means fluidity — blessings and it is good for business, unlike in the Western world where we don’t like the number six, in Chinese culture it is a lucky number. “When we contemplate the meaning of number six in our lives we are contemplating the perennial mysteries of life contained in celestial power– cosmic focus and the cyclical nature of time.
• Seven — This is an unlucky number in Chinese. It is considered ghostly. The seventh month of the Chinese calendar is also called the “Ghost Month”. Activities during the month would include preparing ritualistic food offerings, burning incense, and burning joss paper, a papier-mâché form of material items such as clothes, gold and other fine goods for the visiting spirits of the ancestors. Elaborate meals (often vegetarian meals) would be served with empty seats for each of the deceased in the family treating the deceased as if they are still living During the month, the gates of hell are said to be open so ghosts and spirits are permitted to visit the living realm
• Eight — This is their favourite number aside from nine and simply means prosperity. It is interesting to note that words and the number are similar – number eight and wealth. The value of eight is also linked with Buddhism — the Lotus flower with eight petals.
• Nine– is the biggest of single numbers and it connotes the “Emperor of China” — his robes are with nine dragons on it. Nine is a lucky number for Chinese because it connotes longevity, happiness and good luck.
Some more interesting facts about the number 8
• The Olympics in Beijing kicked off in August 8, 2008 at 8 pm, 8 minutes and 8 seconds after 8 pm.
• A Chinese man offered to sell his license plate number — A88888 for USD164,000
• A number of a telephone with all eight digits on it was sold for 270, 723 in Chengdu, China.
• The Petronas Twin Towers in Malaysia each have 88 Floors.
• The minivan that GM makes for the Chinese market is called the Buick GL8, but the minivans it sold in other countries didn’t have that name.
• The Air Canada route from Shanghai to Toronto is Flight AC88.
• The KLM route from Hong Kong to Amsterdam is Flight KL888.