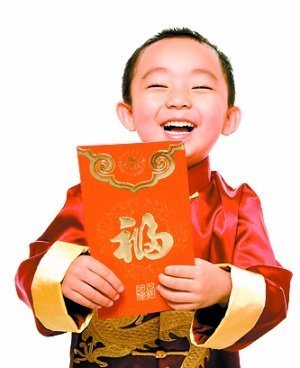 Every culture has its own unique superstitions (迷信 – mí xìn), and China is no different. Chinese people appear so westernised and modernised at first glance, but they will still seek help from a soothsayer, choose auspicious numbers, or hire a feng shui expert. Well, let’s take a look at some of these, and how they will bring you either good luck or bad luck.When it comes to good luck, the magic number in China is eight. So run into the number eight as much as you can. Business will boom and the cash will roll in! Eight sounds similar to the word for prosperity/wealth (八/發).  Do you remember the Beijing Olympics and its grand opening ceremony? It’s no coincidence that the games commenced at 8:08 PM on August 8th, 2008. Starting the games at this time was meant to bring good luck. When people choose telephone numbers, mobile numbers, house numbers, car identification numbers and important dates, 8 is usually the first choice.
As far as good luck goes, it doesn’t get much better than the colour red in China. It represents happiness and is the colour of the national flag. During weddings or festivals, you’ll see the colour red everywhere you go.

In comparison the number four is extremely unlucky. It sounds similar to the Chinese word for death (四 – sì/ 死 – sǐ). Therefore, many people choose to avoid the number four. It will bring misfortune to you.  It’s not uncommon to see 4th floor buttons in elevators skipped.

When giving gifts in China, never give someone a clock. This is due to the fact that “giving a clock” sounds similar to “ to bid farewell to someone on their deathbed”. So giving someone a clock basically means you’re sending them off to the great beyond.

If you should find yourself eating in a Chinese restaurant, and you get too full, don’t you dare stick your chopsticks into your rice straight down. It resembles the incense that family members burn to mourn a dead relative.

When it comes to ancient Chinese beliefs and superstitions, we can’t forget about feng shui. Chinese take it very seriously, and one’s home or office needs to be arranged in the correct manner to gain happiness and success in life.