Chengdu is a breathtaking city of over 15 million people in China’s southwest. Chengdu, the provincial capital of Sichuan, is one of the world’s fastest growing cities. The economic growth of the city in the last years is remarkable. It is a city which allows you to experience the rapid economic growth of the region as well as the more laid-back and calm side of China. Chengdu offers the perfect balance between modern influences and on the other side the traditional Chinese way of life which is amazing to experience as a foreign person. The city has a good mix of foreign and Chinese style conveniences so you can buy almost everything here you are used to back home and you will never feel homesick J. But you can try also tons of local places where you can eat, drink and buy daily necessities at a fraction of the Western cost. It never gets boring in Chengdu!
And there are many examples for the fast development of Chengdu.

Chengdu’s already existing Shuangliu International Airport, which was built in 1938, is even the fifth busiest airport in China and serves as a hub for inland China destinations. Anyways, Chengdu has now received the approval to build a 69.3 billion Yuan airport. The new airport in Chengdu will have three runways, capable of handling 40 million passengers upon its completion in 2025. Therefore, Chengdu will become the third major Chinese city after Beijing and Shanghai to announce a second airport which is an amazing economic growth factor for Chengdu! 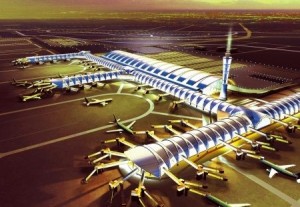 Furthermore, the reconstructions of an industrial base for Chengdu in the Chengdu Tianfu New Area will provide new vitality and opportunities for the development of the economy in the Sichuan province and the western inland China in general. The Chengdu Tianfu New Area is a key zone for development with new-type city functions including science and technology, business, cultural administration, a modern manufacturing base and a high-tech industrial base.

And this is only little insight of Chengdu!

Come and see yourself how much this city has to offer. Chengdu is GREAT!!!