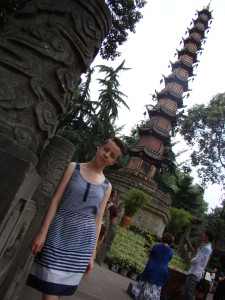 It’s Anita again. 🙂 I’ve been living in Chengdu for almost 3 weeks now. In this blog I’m going to tell you a little bit about the biggest surprises that I have encountered in China so far. There have been some big ones… Read on to find out more!
First of all, well… it’s not really surprising but yes – Chinese people are much shorter than most Westerners. With my 1.62m I’m almost tall here. 😀
A very pleasurable surprise for me was the fact that in China most of the money I use are banknotes. As little as 1 yuan (about 10 pence) is already a banknote. I have just had a look in my wallet and there are only two jiao (角) coins in there. This is a nice change as in Poland (my homeland) my wallet normally weighs at least 0.5 kg with a million coins in it.
Did you know that in China you can get a motorcycle taxi?! It’s a convenient and cost-efficient way of getting around the city. I haven’t tried it yet (I’m a little scared of motorcycles in general) but I may give it a chance, as a cultural experience. 🙂 The taxis are usually based outside of subway exits. You definitely wouldn’t see that in Poland!
Another thing is the Chinese people’s love for playing Mahjong (麻将) – a game similar to rummy, where 144 tiles are used and normally 4 players compete. I often see people playing the game outdoors, clearly having lots of fun. It’s great and I wish people socialised like this in the West too. 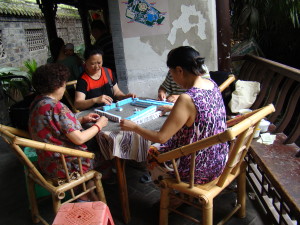 The next fact may sound strange but here in China I feel like a celebrity sometimes. 😀 It’s because Chinese people apparently like watching foreigners, often turn their heads and sometimes take pictures. I’m neither tall nor blond but I still get a lot of attention from the locals.
The last little thing that I didn’t expect when coming to China is the traffic. I mean, I kind of expected it to be slightly different but it still managed to surprise me! Prepare to hear a lot of beeping, see a lot of abrupt lane changing, and most importantly: always quadruple-check whether it’s safe to cross the road, even with the green light on. 🙂 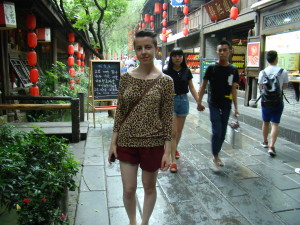 There are lots of other surprising things that you will find in China but I don’t want to keep you on this page for too long so I’m going to finish here. Make sure to stay open-minded and always try to understand the locals rather than judging them. Living in China is a great thing to experience so make the most of it!

Are you interested in coming to Chengdu? Find out about your opportunities here.