On the 28th March, myself and four other representatives from the NGO I am interning with, CDNGO06,  organised and accompanied farmers from Yunqiao village on an overnight visit to Mao Xian. A district 5 hours north-west of Chengdu and only 40km away from Wuchuan (the place where the earthquake hit in 2008!).

The aim of this visit was to introduce the local farmers from Yunqiao to local Sichuanese Pepper farmers in Mao Xian. These farmers have previously worked closely with WWF to increase sustainable farming of Sichuan pepper. As a result of this collaboration, their Sichuan pepper crops have become organically certified. The farming community has become a co-operative, having received support from Sichuan Rural Credit Union – an initiative established by the People’s Bank of China to provide credit to rural areas in China.

This, in turn, has led to better access to national and global markets. The NGO hopes that the farmers from Yunqiao will be able to learn and adapt some of the techniques, used by Mao Xian farmers, and apply them to their Luo Bo crops (the main crop of Yunqiao) with the aim of increasing quality and production rates. 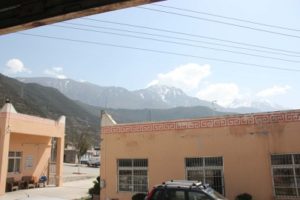 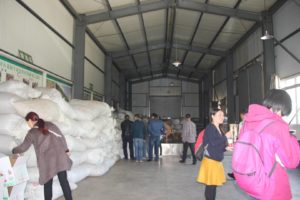 We left the sleeping city of Chengdu at six o’clock in the morning and traveled in a minibus to Yunqiao village. Two hours north of the City, to pick up the farmers who were coming with us. As we drove for another three hours from Yunqiao to Mao Xian, I was not prepared for the scenery that I was about to witness.

The concrete jungle of Chengdu disappeared and the skyline was replaced with towering mountains, so tall that the peaks were dusted in snow. The cloudiness of Chengdu’s city sphere also dissipated and we basked in bright sunshine and crystal clear blue sky. I think it’s the first time that I have seen cloudless skies and unobstructed sun since I arrived! 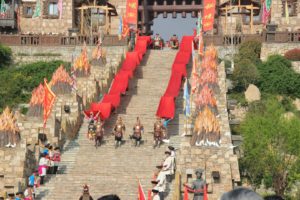 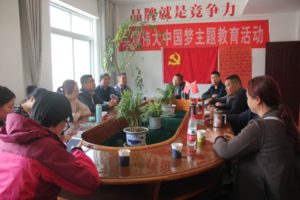 On arrival at Mao Xian, the farmers and NGO Staff were taken on a tour and shown how the pepper was produced. The first station was the warehouse, where the pepper granules were stored; next, we were taken to the building where the raw pepper granules were ground down into refined powder and packaged to be sold in the national market. They weren’t kidding when they said it had a kick to it, I tasted a single granule and my tongue went numb for the next 20 minutes!

This farming co-operative has won numerous awards for their work, all of which were displayed proudly on the wall in the meeting room. The meeting between the two communities lasted for over 2 hours, with the NGO workers and the farmers from Yunqiao taking notes about how the Mao Xian farmers’ model worked. My role as the NGO’s photographer was to document the event. The host farming community were really accommodating, with tea being provided throughout and the meeting came to a close in good spirits and a formal photograph was taken. 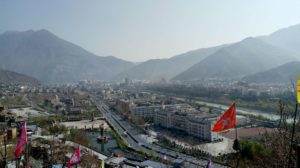 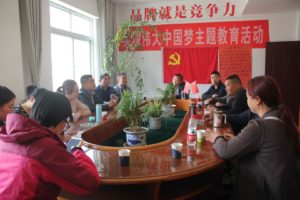 After the formalities were completed, there was a chance to explore Mao Xian. We were taken to see some beautiful blossom trees, their delicate petals floating in the warm breeze. I got told that these trees and most of the surrounding area had been rebuilt after the area was flattened by the 2008 earthquake. The experience was also very culturally enriching, as the next day we were given the opportunity to observe a Qiang ceremony –an ethnic minority group, with a population of approximately 200,000, located in North Western Sichuan Province.

The ceremony was enchanting, consisting of singing, chanting, dancing, drumming and role play. We were then given a guided tour around an ethnographic museum, where we were told about Qiang history and also got to observe people going about their daily routines – these people still live very traditional lifestyles, making their own clothes and tools. We were fortunate enough to witness two Qiang men forging an iron blade, using two hammers and an anvil, the precision of the technique was mesmerising – clearly, a skill which has been refined over generations! 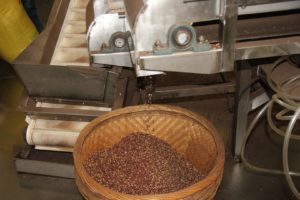 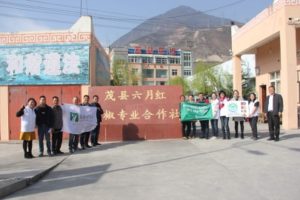 It has been a fantastic experience, I feel very fortunate to be so included in the work that the NGO is doing for local communities, they are truly committed to helping to create change at a local scale.