Xiaomi Advancing into the Global Market
Little is known in most western countries about Chinese Smart phones. When  you think about Chinese Smart phones, you might think of those cheap and barely functional knock-offs of Apple or Samsung devices. While this image may have been true 5-10 years ago, there are several Chinese brands that began to conquer the world’s market with well developed and affordable high-end products. Huawei already succeeded in entering Western markets with great success. They are not only providing most Western countries with fast network technology like 4G LTE networks, but also offer a great variety of good smart phones. China, so it seems, is slowly changing to become an innovative technological power in the world. 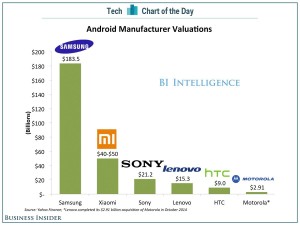 Xiaomi is another Chinese company that is about to take the huge step into the global market. This company, which began in 2010 as a little start-up in Beijing, already dominates the Chinese Smartphone market and has claimed a leading role in the giant Indian market. Xiaomi will open their first Western online store in the UK, Germany, France and the USA in June, but will only sale gadgets and accessories at first. This is due to the complicated law and copyright situation in Western countries, making it difficult to market products in these already highly saturated markets. Nevertheless, even their accessories and gadgets have high quality standards and will surely achieve a market share as soon as the Western audience becomes aware of it. 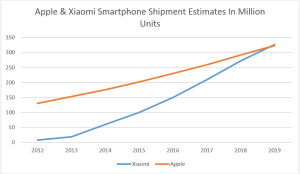 For starters, the Xiaomi ‘Band’ catapulted the company to be the second-biggest sellers of wearables worldwide with more 2.8 million shipped devices. With a cost of only 13 US Dollars, the band is definitely not the most sophisticated on the market, but already possesses a wide spectrum of functions and gimmicks that far more expensive devices do not offer. It is only a matter of time until the company will be able to sell their phones and tablets in European and American markets.  The established brands like HTC, Samsung or Apple surely have to prepare for some innovative competition from the “Middle Kingdom”. 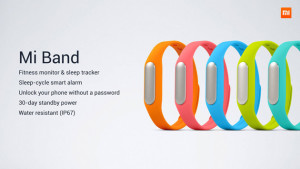