An estimated 33% of the world’s population (give or take) use chopsticks on a daily basis. For the hungry first time user, guzzling down your meal with two small wooden sticks can be a real challenge. Chopsticks might seem tricky to master and somewhat unnecessary for those of us that grew up with a plastic knife and fork in hand, so why have they come to dominate the culinary habits of much of Asia?
Chopsticks are over 5000 years old, long sticks of bamboo were first used to retrieve morsels of food from cooking pots on the fire. Later on, evidence of chopsticks used as table utensils emerged as far back as 500-400 AD. It’s said the spread of popular chopstick use across China was down to population boom and fuel shortages; food was chopped into smaller pieces in an attempt to make the meagre rations go further (thus eliminating the need for knives at the table). Whatever the reason, people in Japan and Korea soon followed the trend not far behind!

The ultimate legend of Chinese culture Confucius (or debatably perhaps his disciple Mengzi) added his own two cents on the matter too, which always helps. Apparently a firm believer that “the honourable and upright man keeps well away from both slaughterhouse and kitchen, and allows no knives on his table.” 有名望的和正直的人要远离屠场和厨房。

FUN FACT: Did you know that Confucius was a vegetarian?

I’m not ashamed to admit that after 3 years in China, I am a total convert. Using chopsticks makes me appreciate my food more. Whatsmore, the sociable side to Chinese dinning, sharing and array of mouth-watering dishes, picking out tasty tit-bits from any dish at will, never gets old.

So here goes, top facts you should know about different types of chopsticks: 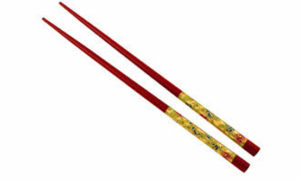 Typically unfinished wood, slightly rectangular top with a cylindrical blunt end. Doesn’t roll off the table so easily and more surface area means you’ve got a higher chance or transferring those tasty morsels all the way from the middle of the table right to your bowl!
FUN FACT: It’s a faux-pas to tap your chopsticks on the edge of your bowl, as this is what beggars do to attract attention. 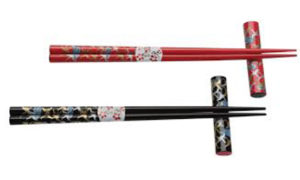 Traditionally lacquered wood or bamboo, with a rounded top and a pointy end that’s perfect for de-boning fish. They’re a little bit smaller than the Chinese equivalent and you often find red pairs for the ladies and black ones for the gents.
FUN FACT: Never stick your chopsticks vertically into your rice bowl, it’s reminiscent of incense sticks at a funeral. 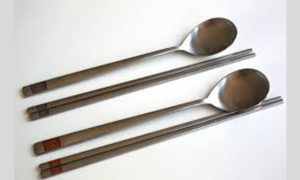 The shortest model of the three, Korean chopsticks are usually stainless steel and flat or rectangular shaped. Potentially more hygienic but it definitely makes it harder to get a grip on your food!
FUN FACT: The king used pure silver chopsticks which would change colour if they came in contact with certain poisons. The people started using metal chopsticks to emulate him. 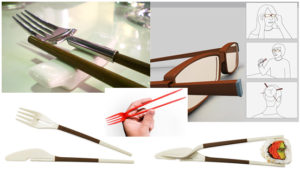 Anyway, hope this can inspire you to pick up a pair of chopsticks and come to China yourself. Even if you struggle to start with new chopstick inventions are coming up every day, so keep your eyes peeled for the latest ‘Chork’ on the market!