Hello everyone!
During the October holiday week my friends and I took a trip to Yangshuo.  I had a really great time there and I finally got the chance to see a “real” Chinese city. Yangshuo is very different from Zhuhai. Yangshuo is rather crowded and traditional whereas Zhuhai is very relaxed and quite modern.

On our first day we rented some bikes and went to the “Moon Water Cave”. The bike ride to the cave was quite nice, Yangshuo has many beautiful sceneries. In the water cave there was supposed to be a mud bath and a hot spring, but both were basically a mix of water and dirt. However the 1 hour walk through the water cave until we got to the mud bath was the best part. It was slippery and dangerous and many bats were flying around (one flew towards my face… but luckily it missed). All in all the “Moon Water Cave” was not what I expected, but it was an interesting experience nonetheless.

In the evening we went for some food and we found the most amazing restaurant, which was called “Cloud 9”! I’ve never eaten so well in my life! After dinner we went shopping and I bought way too many things. They have really nice souvenirs in Yangshuo, but it is very important to know how to bargain because foreigners usually get overcharged. The short sentence “Tai gui le!”  (Too expensive!) often worked wonders for me. 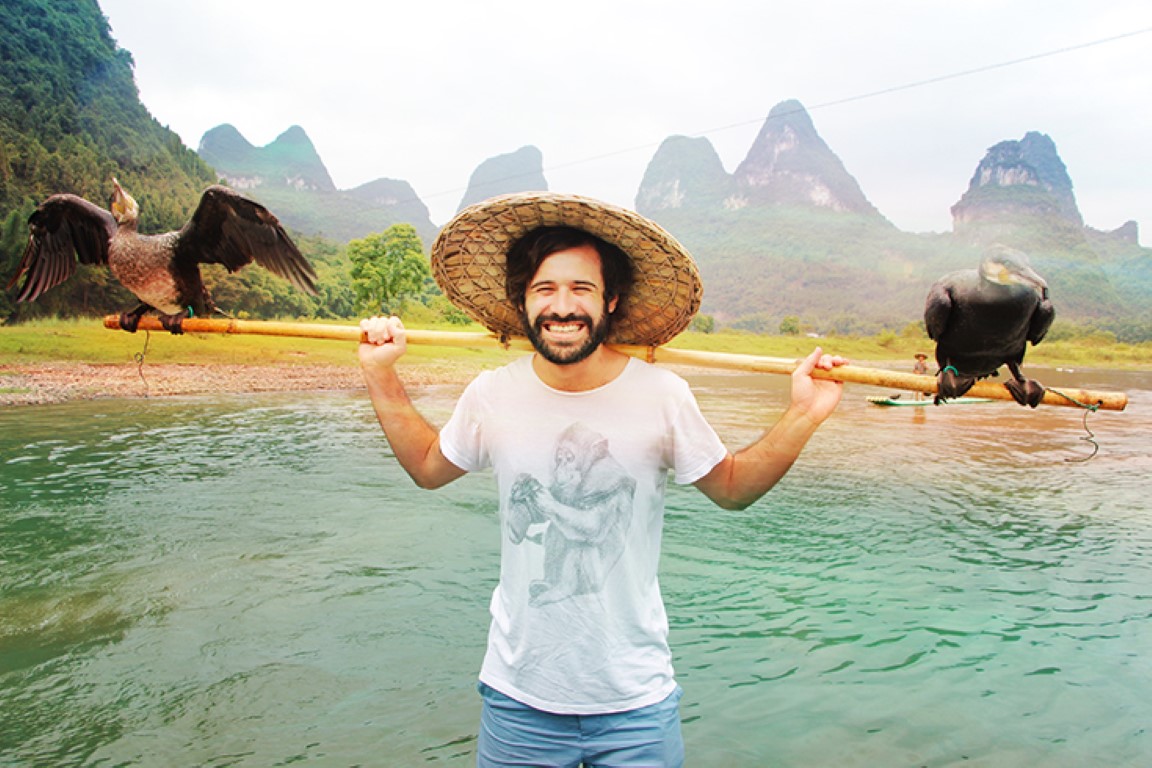 The next day we went on a boat tour to Xing Ping. I enjoyed the boat tour very much. We got to see China’s most beautiful sceneries for one and a half hours. After we got off the boat we were picked up by a tuk-tuk. It was a crazy ride to Xing Ping. Many souvenir booths on the sideways, tourist guides screaming into their megaphones and tuk-tuk drivers going crazy and honking like there’s no tomorrow.

When we finally reached Xing Ping I was a bit disappointed. There was not much to see there, so we took the next bus back to Yangshuo, the most beautiful (and only other) city I’ve seen in China, after Zhuhai of course.