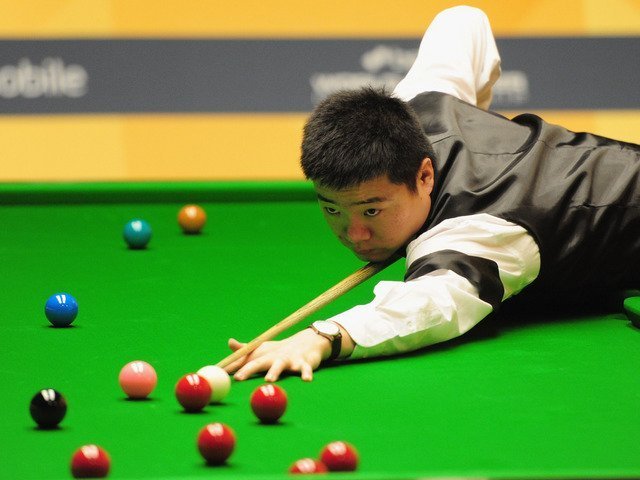 It´s one of the most popular sports in the UK. And although I´m German, I love it too: SNOOKER.
Snooker started to become popular in Germany ten years ago and I remember watching it on TV for (possibly too many) hours as a teenager. In recent years, with the rise of DING Junhui in the rankings, Snooker has become more and more popular in China as well. These days, there are several players who can compete with Snooker legends as Ronny O´Sullivan, Grame Dott and John Higgins.

Adding the fact that China invests a lot of money in sports, especially sports in which Chinese can easily compete with Western sportsmen, there are a lot of Chinese players on the circuit as well many tournaments scheduled in China.

For the season of 2013/14 there are nine of altogether 40 snooker tournaments taking place in China. This is a surprisingly big number and would have been unthinkable ten years ago. With the rise of China, Snooker´s global impact is growing as well. The China Open in Beijing will be the last important tournament before the annual World Championship in 2014.

In other words, Snooker without Chinese players, tournaments and money is unthinkable nowadays.

As Chengdu has taken an important position in China´s plans for the future, it obviously hosts a Snooker tournament too: The Chengdu International Championship, which was first held in 2012. It is listed as a professional ranking tournament and has the same status as the prestigious UK Championship. Thus, the participation list of this tournament in Chengdu is quite impressive. Many great names of snooker took part in this year’s competition (27th October to 3rd November).

The local hero DING Junhui was able to continue his fantastic run by beating Hong Kong professional Marco Fu in a thrilling final (10-9) for winning his third consecutive tournament in a row.

All in all, I think snooker and China has made a fantastic development in recent years. So, I am glad to have a chance to watch this beautiful game of precision live in Chengdu.

Do you want to see the next International Championships in Chengdu? Then apply now!