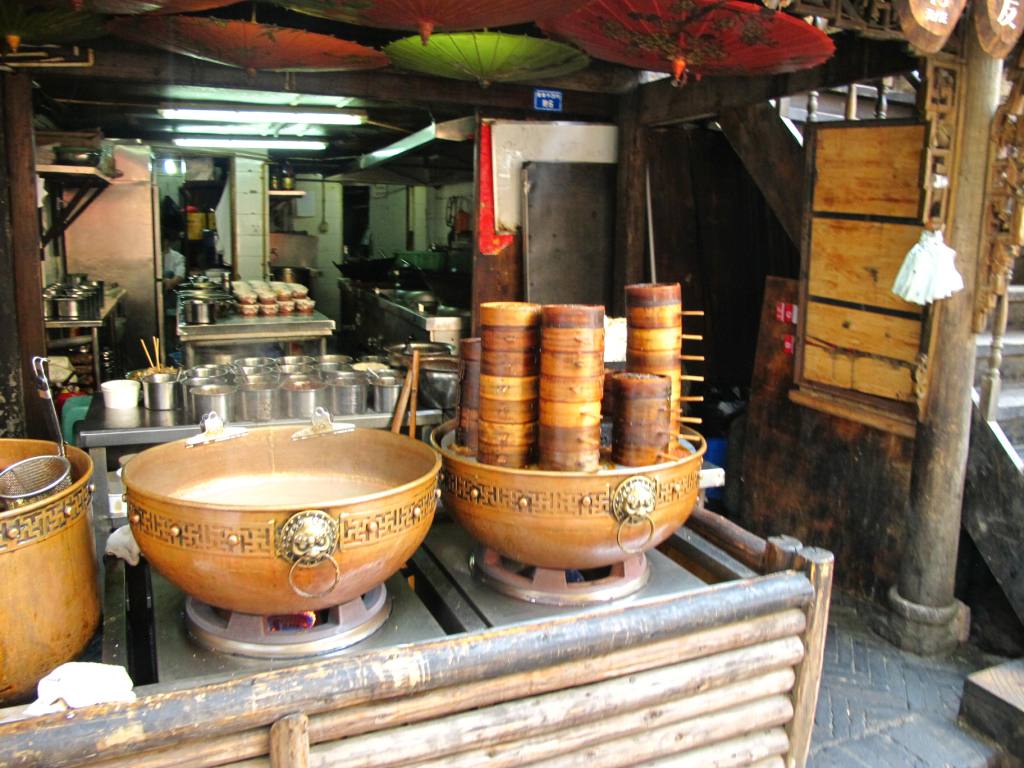 Before your stay, Chengdu Blogs, Cultural, Eating Out in Chengdu, How-to Guides, Things To Do in Chengdu
Posted on 21/10/2013

As a European, I didn´t have any idea what kind of food is served in China. I just knew fried noodles or roasted duck at the Chinese restaurant in my hometown, and expected exactly those kind of dishes. But then I came to China and was instantly proved wrong.Everywhere you look, you can find little mobile food stands where you can buy snacks (called 小吃) like noodles, a kind of wrap, or BBQ Sticks. It might a seem a little weird to begin with, as you would probably never eat this stuff back home, but rest assured, it’s one of the freshest foods you can get here, and it’s very cheap. A culinary experience not to be missed if you’re travelling to China.

For example this is kind of a wrap. It´s made out of dough with eggs, spices, scallions and cracker. It is about five RMB (0, 60 Euro) and it’s quite enough for lunch, breakfast or as snack in between. After the preparation, which takes approximately one minute, the so called Jian Bing is folded and handed out in a bag. It looks a bit awkward though, but you definitely need to try it – it´s delicious, you won´t regret it.

How to make a Jian Bing

You can further taste some Baozi, which is served in little baskets. They are known at some Western Chinese Restaurants, but eating these on the street next to the improvised kitchen is awesome. For whom it´s unknown: Baozi are filled dumplings; cooked or steamed balls of dough. You can choose the filling between pork, beef, lamb, vegetables or even sweet.

There we have a typical little food stand. You should definitely try the tea as well, which you can see in the background. It´s kind of sweet, but very Chinese. Especially in the Western and Southern part of China the tea ceremony is very traditional and frequently practiced. Tea is supposed to be very good for your shēn tǐ. (Body).
Keep in mind there are a lot of other occasions and options which we couldn’t describe here now. However, in general, if you see a stand with Chinese people queuing, you can try the cuisine without any doubt.

Do you want to try Baozi, Jian Bing and Chinese Tea in China? Then apply now for an internship.