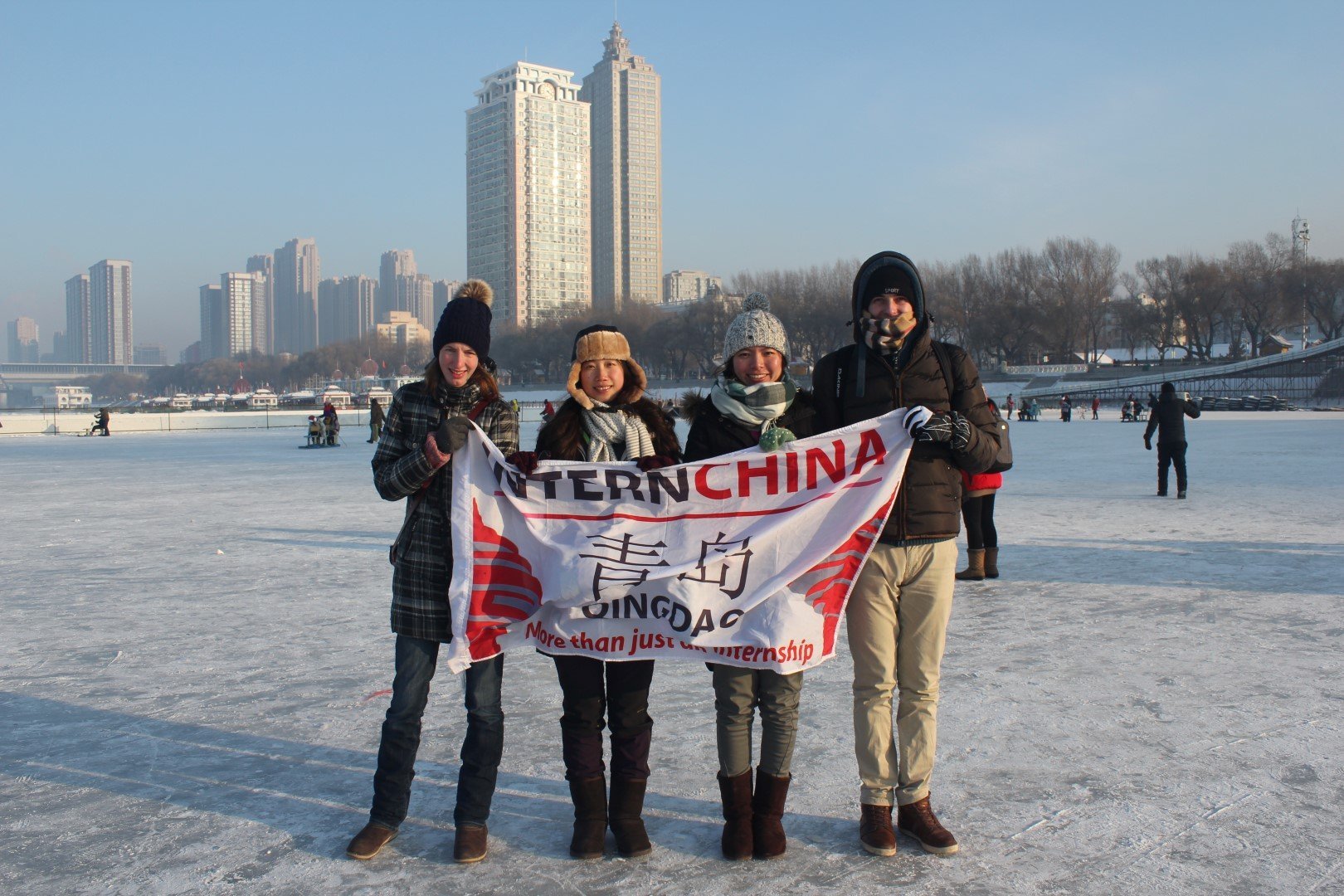 Written by Wiebke Schmütz
As Christmas is not really celebrated in Chinese families, we decided that a Christmas trip is a perfect way to experience some of the holiday spirit.

Originally we had planned to go to Beijing, but there were some stronger powers (too much hydrogen in the air which is a nice Chinese expression for smog). The upcoming Ice and Snow Festival was the main reason why we went to Harbin instead.

So we met on Christmas Eve at the airport and had a delicious Christmas Dinner at the Golden Arches (for those who don’t know: McDonalds). After the 1 1/2 hour flight we arrived in Harbin, where we were really surprised at the fact that they have changing cubicles at the airport on the way from the plane to the baggage claim. Be prepared: Harbin is famous for its bitterly cold winters. The Chinese people’s reaction when we Western people got changed without using that cubicles was priceless!

When we finally arrived at the hostel it was already quite late, so we just checked in and had a look around the housing. It was actually a nice place with many Chinese people talking to us during our stay. I really should have counted how many times we had to play pool – too many!

The next day we enjoyed a relaxed morning and a nice Chinese style brunch: Baozi and Guo Bao Rou – yummy.

After finishing the brunch we took the bus to the city centre. There we could already see some ice or snow sculptures, but the highlight for the children in our hearts was definitely the slide completely made of ice.

We also had to try the famous Harbin ice cream. It was impressive how many people had the same intention even though it was so cold that Amber’s iPhone wasn’t working anymore. Following the road we arrived at the frozen Songhua River. There was so much going on at the river: a kind of sleighs for 2 or 3 people, motor sleighs, ice skaters, people selling different items, quad bikes pulling tyre tubes, photographers… You also had a beautiful view at the city, the bridge and the other side of the river.

We enjoyed it very much, but it was finally time for a warmer place to drink some hot coffee or chocolate. In the evening we had a real Christmas Dinner at a fancy restaurant with “live” music. Trying to find a bar – not a KTV – to celebrate and conclude the evening, we failed or rather it was too cold to go on searching. Then another problem turned up: many taxis were already occupied or refused to stop for a group of four people, however we eventually found a taxi and when we came back to the hostel the evening ended in good atmosphere.

The next day we woke up earlier and had some sweet potatoes from a street vendor before going to the same restaurant as the first day. Then we went to the famous Cathedral of the Holy Wisdom of God or Saint Sophia Cathedral.

We refused to pay entrance fee, but one of us managed to enter. The inside has few to do with a church, it houses the Harbin Architectural Art Gallery. We then went on to see the old town. Minus 26 degrees forced us to make a long stop at a café with lots of vintage furniture and decoration. When we found the old town we discovered the next surprise: it was more like a shopping mall trying to look traditional. We liked it nevertheless and even bought some small things. In the end we changed our plan and did not go to see the famous Ice and Snow Festival as it was still under construction, but they already charged 300 RMB entrance fee and it was just way too cold – brr.

So we just ate dinner and went back to the hostel, and in the evening we managed to go to a cute bar in the same street of the hostel. As we had to get up really early the next day to catch our flight, we didn’t stay so long.

It was a nice trip full of new impressions, but we were happy to be at home in warmer Qingdao on Sunday early afternoon.

If you want to experience trips to cities like Harbin for yourself, apply now!