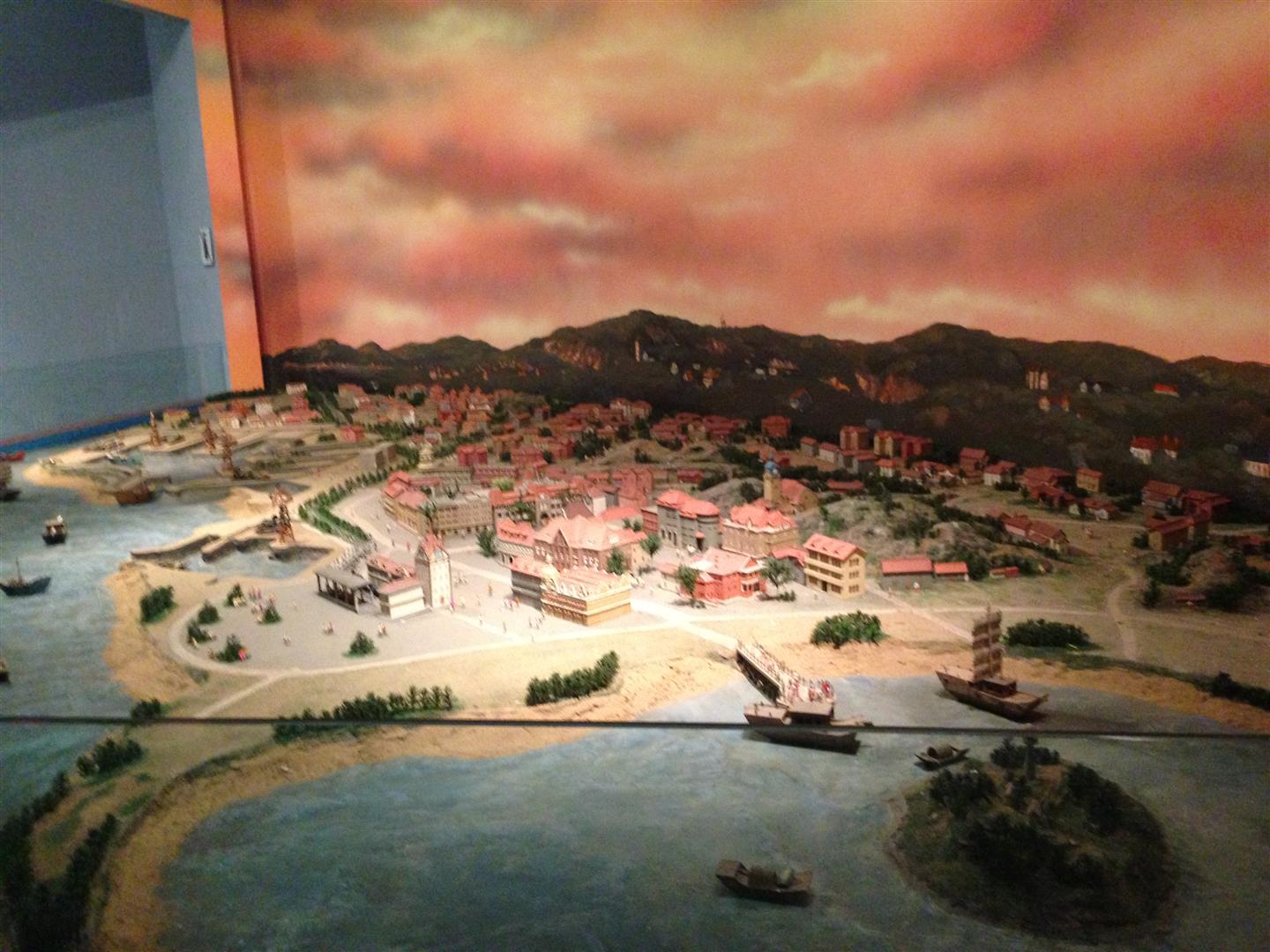 Qingdao has a history of more than 120 years, and the museum is as a great place to learn more about the history of the city. As last week’s InternChina event, we decided to visit Qingdao Municipal Museum.
The museum has exhibitions about several different aspects of Qingdao, and the themes of these exhibition includes Qingdao local history, ancient coins, ceramics in Ming and Qing dynasties and Qingdao local folk customs.

We started with the history of Qingdao exhibition. Although Qingdao city has only existed for about 120 years, there were some people who lived in this area around 6000 years ago. Unearthed vessels and tools were exhibited to display how ancient people lived their lives. There are some collections of models that shows the historical stories vividly, for example, the wars that occurred in Qingdao and the scenery in Qingdao hundreds of years ago.

Afterwards, we continued our visit with the coins and ceramics exhibitions. The oldest ‘coin’ on the exhibition looked like a knife with a hole at one end, people used the hole to collect and carry the coins on strings. Also, there were lots of ceramics there. They were made in different dynasties, and therefore styles and techniques used were totally different.

After that, we experienced a traditional folk custom called woodcut painting. This kind of painting is mainly made for Chinese New Year celebration. Traditionally, the paintings are about characters in Chinese myths. They are believed to be able to protect or attract fortunes for the family. To make this kind of painting, the wood should be cut into moulds according to the picture you want to paint. The mould is then coloured and used to print the picture onto paper. In the museum, they had some moulds already and we just did the painting part by ourselves. We followed the steps taught by the ‘teacher’ in the museum; eventually, we made our own pictures successfully.

We experienced lots of ancient Chinese stuff during this visit and it was a great opportunity to get ‘closer’ to Qingdao.