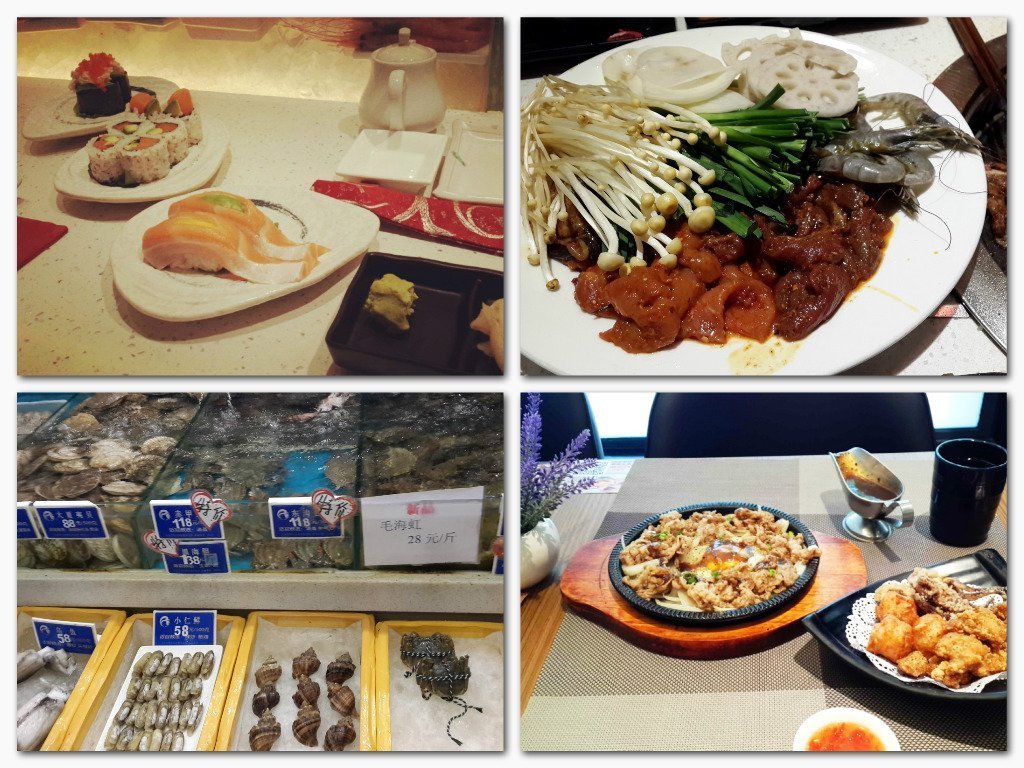 Why I love Dalian! By Colin

Leaving all the economic figures and business aspects aside, what makes me particularly attracted to Dalian on a personal level are the following 3 points:

1) Food:
While I’ve been living in Chengdu and undoubtedly grown fond of the spicy Sichuan cuisine over the past one and a half years, it always somehow felt that something’s missing to my complete culinary satisfaction – fresh seafood!
Luckily, and considering its geographic location not very surprisingly, Dalian has plenty of that.
oyster omelet for breakfast, steamed clams and spicy prawns for lunch and barbecued squid skewers for dinner – I could easily survive a year on that!
During my previous 3 visits to Dalian in 2014 and 2015, I do not remember having a meal that didn’t contain any sort of fish or other seafood.
Due to historic reasons, with the city being under Japanese rule for 40 years, and the proximity to Japan and Korea, there’s a visible influence of these 2 cultures present in the city. Not only are there a vast number of Japanese and Korean companies having their branch offices and factories in Dalian, but thousands of tourists from both countries come to visit the city every year, as well.
This results in a multitude of delicious dining options for Korean and Japanese food, which in combination with the mouthwatering Northeastern Chinese cuisine creates a true heaven of food awesomeness.

2) Location:
Considering that I’m a big travel enthusiast (with currently 40 countries under my belt) who’ll never give up exploring new countries, regions and cultures, Dalian’s location in Northeast China, at the tip of the Liaodong Peninsula, just makes it predestined for spontaneous trips to Russia, Mongolia, South (or North, if you dare so!) Korea and Japan. Seoul or Osaka, for example, can be reached by plane in one, respectively two hours.
Hopping over to the nearby islands, even farther to Korea on a ferry or a weekend visit to the nearby capital Beijing are other interesting options for short trips.

Situated on and spread out fairly wide across the Liaoning Peninsula, Dalian is surrounded by the Yellow Sea and has a very comfortable climate, treating its inhabitants with clear blue summer skies and a refreshing sea breeze. The vast green spaces, large city squares and the very distinctive historic architecture – which dates back to the times of Russian and then Japanese occupation – give the city of Dalian a very distinctive, lively and charming flair.

If you are keen to create your own love story to one of our unique locations in China, apply now