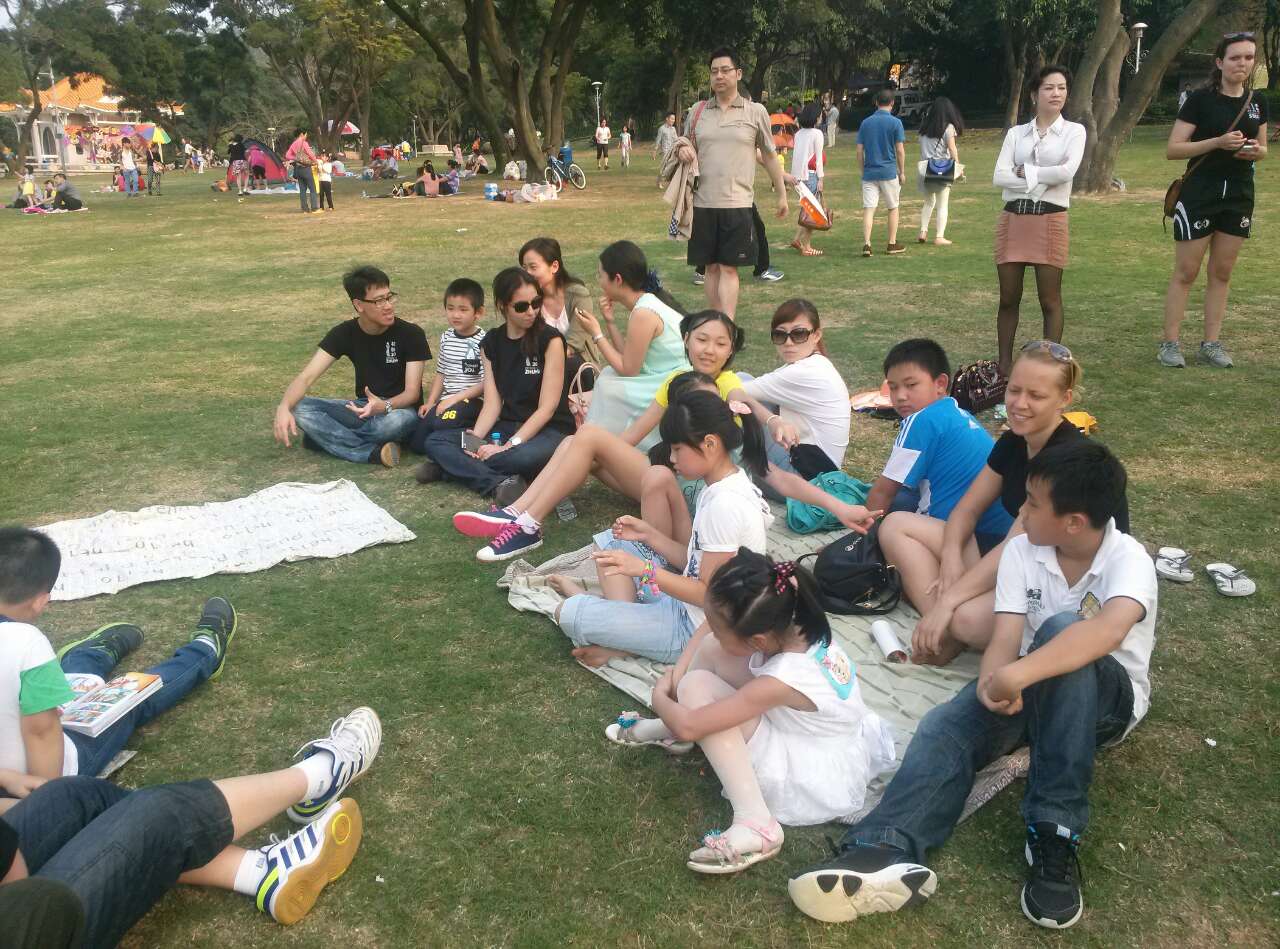 Hey everybody,
Recently, we had our family day in Zhuhai. What’s that you may ask? Well, it is a day where we meet up with the Zhuhai host families – including their children – in the park. We wanted to spend time with them and get to know them better. Also, there were some families who have not yet hosted a foreigner and were interested to learn more.

We were very lucky as we had perfect weather; the sun was shining and it was around 30°C. Maybe even a little too warm for what was waiting for us…

First of all we brought all the stuff we needed to the park and marked a big circle on the grass with flour, hung up our IC-flag and put the bottles of water we brought in the shadow. Some visitors of the park stopped wondering what we might be up to, some also took pictures.

While waiting for the families we watched some children and men flying kites. We invited some boys who came by to try out their English skills and join our gathering. And then the first families showed up and the fun began. The children were aged between 3 and 14 but all of them were happy to play some games with us. We played ‘Duck, Duck, Goose’, some other tag-games and animal guessing. I didn’t know that children could run so fast! Unbelievable! We all had a lot of fun and the day ended too fast.

We finished by sitting on blankets on the grass talking with some of the older children about our home countries, hobbies and languages. That was really nice. We were able to communicate well and the children made a lot of effort to speak English.

After that sunny day full of running I was very thankful for a cool shower in the evening and we ate some dumplings, prepared using the flour we didn’t use for the lines in the park. They were really tasty thanks to our cook Li!

Gianna aka Gini aka 吉娜

Apply now for an internship and join us in Zhuhai, Qingdao or Chendgu.