For many people who have never been to China before, they often have preconceived stereotypes of the Chinese people due to the media and their own ignorance. This is rather unfortunate as China is such a vast country, and the people are so individual – it is rather naive to identify this entire country and it’s people by just a number of stereotypes.

So lets have a little look into some of typical stereotypes of the Chinese people, where they originate from, and the TRUTH behind them.

All Chinese people are good at maths and science

Almost every movie/TV show ever made has had a nerd played by an Asian kid, everyone just kind of assumes that every Chinese kid is good at math and science. There is also the common misconception that Chinese education does not allow for free thought and creative thinking.

After being educated in Beijing for 10 years, and growing up with a fair few Chinese friends, all I can tell you is that the Chinese education system, and the Chinese people themselves are not that black and white. There are so many students who love art, theatre and music, there are people who play music for a living, who sell books for a living, there are many people in China who hate math and science. People here, just like in the rest of the world, are individuals.

Chinese women are subordinate to men

I have learned that China is ever evolving. Beijing is filled with men and women alike rushing to the subways to get to work. It is possible that in the countryside women are still expected to be quiet and demur. However, this is far from true in bustling cities. Chinese women have entered the workforce with incredible competence and are continuing to take on many more important roles in society.

After living in China for a while, I actually haven’t got a clue where this stereotype originates from! While Chinese students who study abroad are, most likely, the quiet, studious type, this is often far from the case in China. While eating at a restaurant, it is very likely that you will often over-hear what you think is an argument/fight, but later realise is just a group of friends having dinner and being friendly –  It wouldn’t matter if they were discussing their most recent Chinese chess match, or planning the next world war, they like to do it so everyone can hear.

The buses are filled with people answering their phones in boisterous voices, playing iPad games with the sound all the way up and destroying their ears by listening to music far too loudly.

It doesn’t take a genius to point out and BUST these stereotypes/myths of the Chinese people, after just living in this amazing country for a week – you yourself will be able to appreciate the people here for their individuality and who they really are, not who the rest of the world THINK they are.

To learn more about China, and to create your own experiences Apply here! 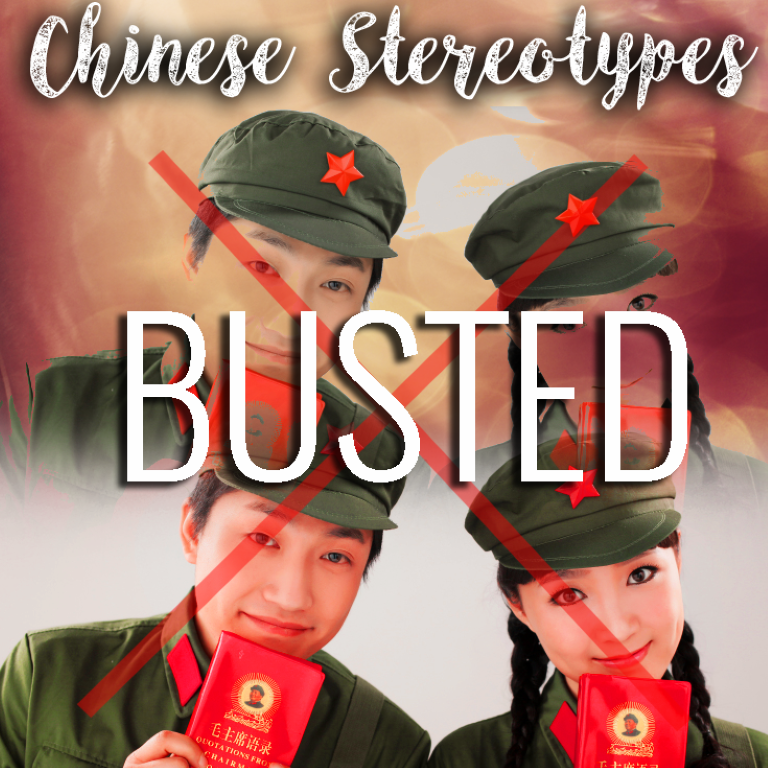