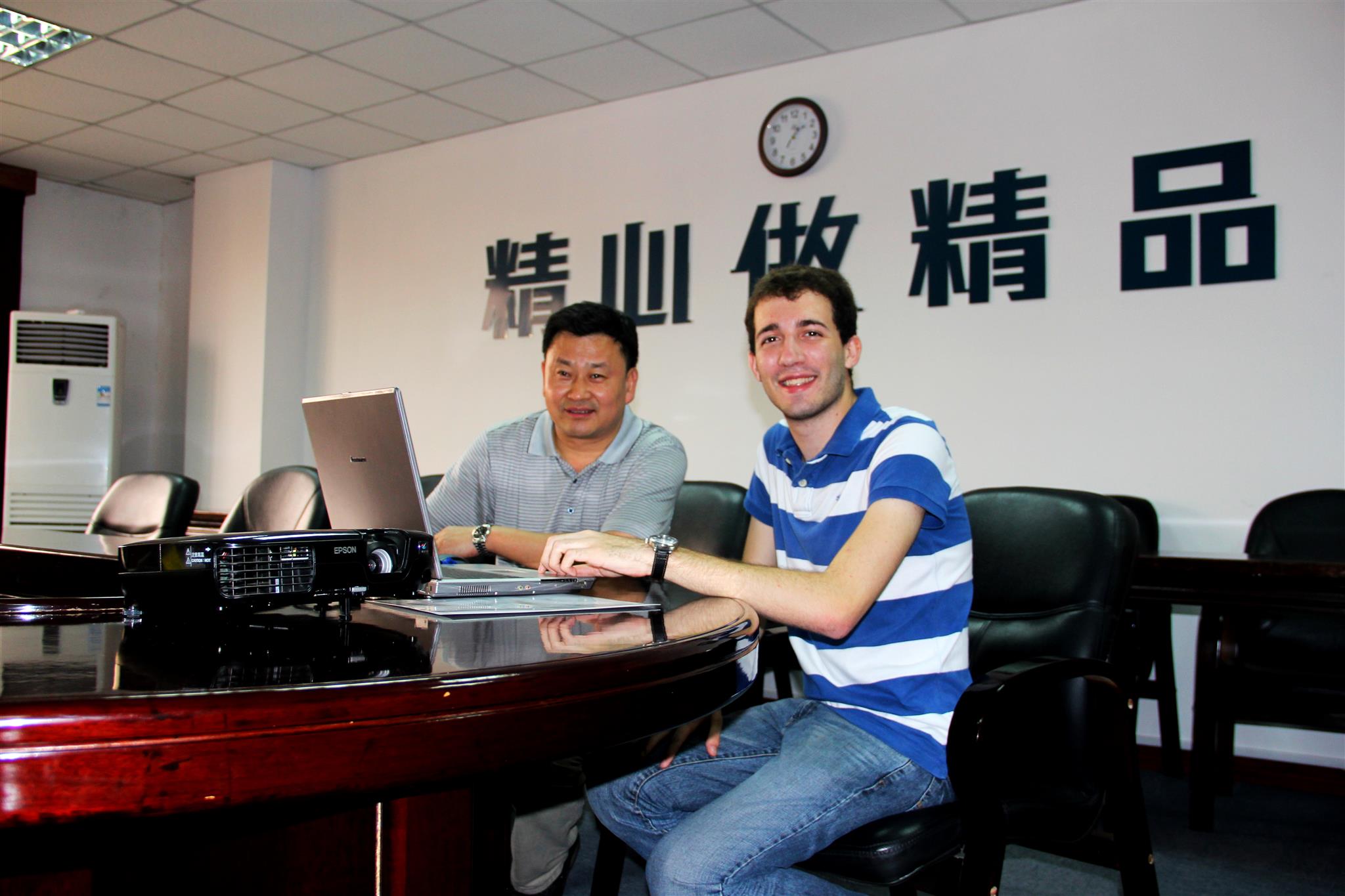 Throughout history, China, or the Middle Kingdom has had a special place in Westerners’ imagination. From the cradle of civilisation in the ancient Xia dynasty to the mighty empire of the Tang dynasty, China has always been a land of mystery for the majority of the Western world. Today, riding on the tides of globalisation, China is closer to the world than ever before. Many claim that just as the 20th century was America’s century, the 21st century will be China’s.

We have been asking our interns about their expectations of doing an internship in China. In an internship, interns look for lots of varied and interesting work. An internship should have at least one big project that interns can put a lot of their energy into and can really make a different to the company. Interns also hope to attain quantifiable goals and skills they can use when they return home.

“The internship is great. I’m learning lots of new things and my workmates are all fantastic. Another plus is that there is unlimited free rice and soup in the canteen!”

Modern China is a country of many faces. The rapid economic growth over the past 30 years spurred high-tech development across the Eastern coastal cities that puts many Western cities to shame. Many who visit Chinese metropolises marvel at how similar China is to their home country, contrary to their expectations.

“After coming to China I was pleasantly surprised by the wide variety of cuisine here in Qingdao. Initially I was worried that I might struggle to adapt to Chinese food, but there are so many options to choose from that you will definitely find something that suits your taste. Even if you have special dietary requirements like being vegetarian or only eating halal food, you will still be able to manage!”

Young Chinese are increasingly becoming global citizens that effortlessly keep pace with the latest pop culture hits. Youngsters from around the world are more and more drawn by China’s successes in the world of business. For many, China’s rapidly developing economy is the main reason they choose to come to China. It is now simply the place to be! Understanding Chinese business practice is becoming a necessity for anyone who wishes to embark on an international career in business.

“Learning the nuances of doing business in China and understanding the rituals of ‘guanxi’ have really made my time here that much more valuable.”

But it is not just the stunning economic development that instils curiosity in the minds of young people across the world. What makes China so enticing is precisely the blend of old and new. One could not hope to understand modern China without also understanding its rich and intricate cultural heritage. After all, the rules that underline modern business practices stem from age-old Chinese traditions and customs.

Some come to China in search of ancient Chinese culture, the way they know it from childhood stories:

“Every morning from my bedroom window in Qingdao, I look outside and see the craggy peaks rising high above, revealing twisting trails which seem to appear and vanish, intricately carved sculptures of fish and lions, jagged rocks, birds that wheel and hover, and trees that whisper and sway. When I look upon the light and dark greens and blues and browns of these high peaks, all blending together like the hues of a half-remembered dream, I think of Dragonkeeper—the mountain range before me just as I always imagined in the story.”

And yet others find satisfaction in immersing themselves in the daily lives of the common people. They are pleasantly surprised when through their internship they get to know Chinese people as a whole better.

“I was taken aback by the hospitality and by how helpful everyone is. My company has been very accommodating to my needs (e.g. praying) and everyone here is really friendly. I’ve got an employee assigned to me and if I need any help all I need is just to ask. Also, the work expectations are not crazy, and I have an hour and a half lunch break!”

No matter what expectations interns have before coming to China, an internship in China is a great opportunity to show young people from around the world the ‘real China’ and allow them to form an opinion for themselves.