It’s not a secret that among the Chinese elite there is a move towards emigration. Even though China is growing every year, it’s still not enough for some of the Chinese and they choose to relocate. Reasons include the ever-growing pollution problems in China, the relative freedom that some countries provide (USA), the higher standard of living and the access of better higher education and the ongoing anti-corruption campaign focused on China’s wealthy and powerful. 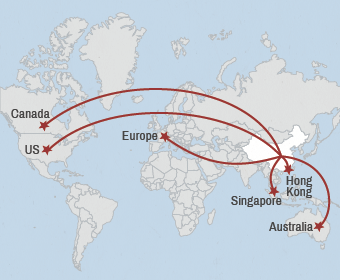 A survey made by Hurun (a research company that studies trends in China) concludes that almost two thirds of Chinese with more than 10 million Yuan in their bank accounts have emigrated or are thinking of emigrating. This idea is less popular among the super rich (with more than 100 million Yuan), with just a third admitting to having these ideas. But the growing economy in China has produced an increasing number of middle class and many of them feel like moving abroad for a better life. 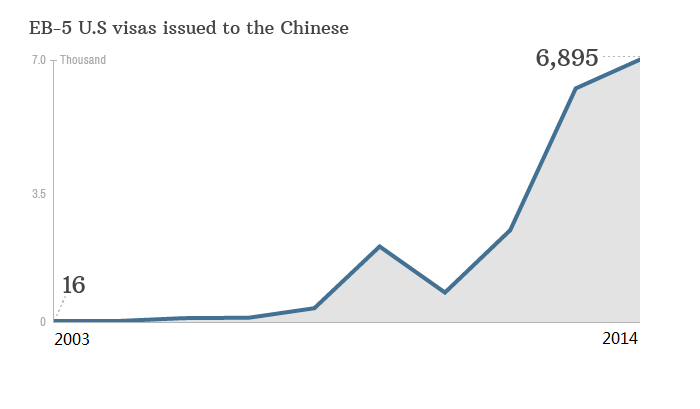 For example there has been a dramatic increase in the special EB-5 Visa for the USA. The country’s officials are overwhelmed with applicants mainly from China. If a foreigner is able to commit $500,000 and creates 10 jobs in America, he can get this type of investor immigrant visa. Chinese nationals account for 80% of the visas issued, compared to 13% just a decade ago. That makes for 7000 visas issued for rich Chinese emigrants last year compared to just 16 visas granted in 2004. The program is potentially oversubscribed and could suffer the same fate as did the Canadian government for a similar program which was closed having been victim of its own success. 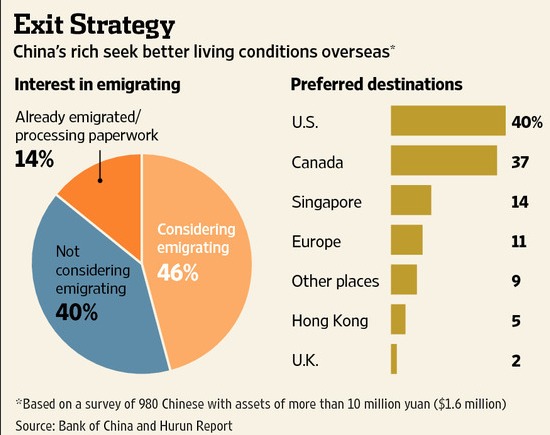 But the local tax man is closing in too. In China, under the rule of President Xi Jinping, the anti –corruption movement now targets wealthy Chinese who try to move their riches abroad. The Bank of China was accused of helping rich Chinese to conduct money laundering and skip controls of how much cash can be moved from the country. It is one of the first times that a state institution has been publicly accused of wrongdoing. The outflow of cash is taking place even though Beijing’s rule that limits money transfers of an individual out of china to $50,000 per year. Bank of China is not the only way the wealthy in China use to move their funds abroad. Many people purchase fine art or use Macau’s casinos which allegedly turn over seven times the amount of Las Vegas. 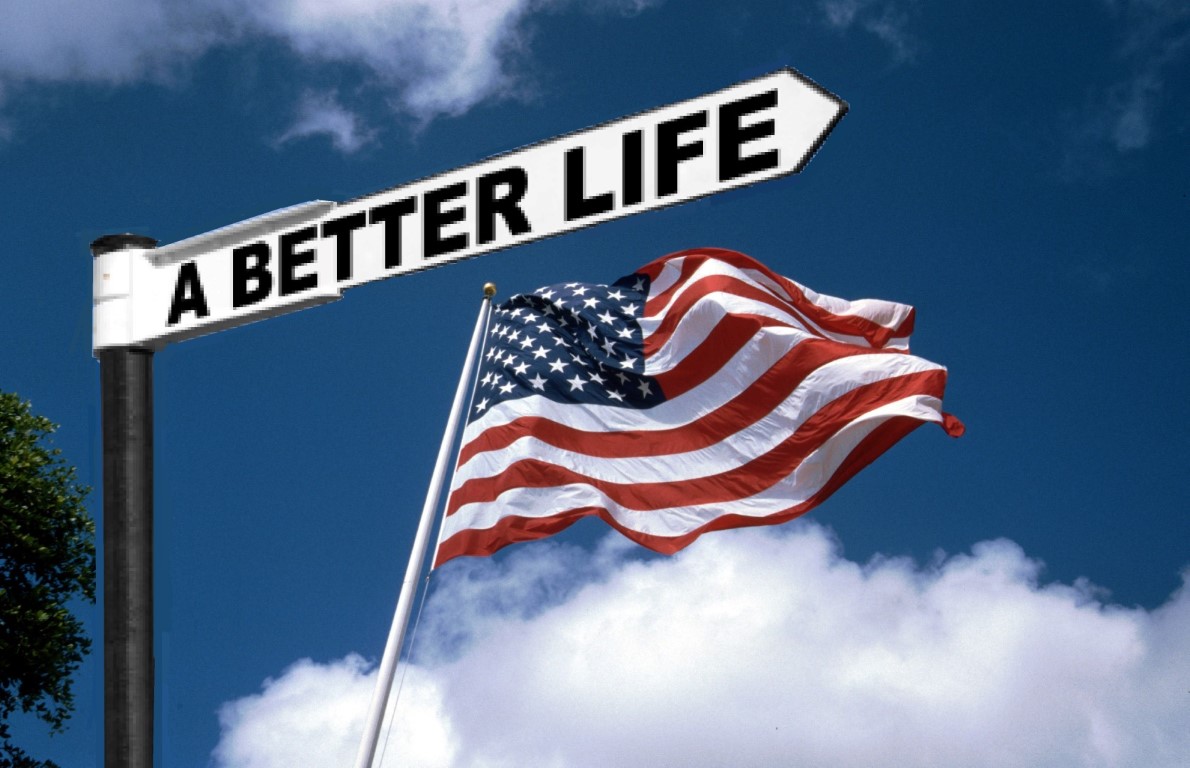 Interest in popular destinations like the USA is due to the lower investment amount and the access to high quality education and a cleaner environment. 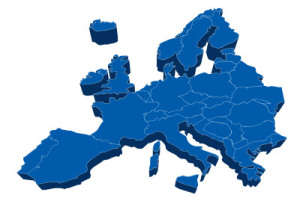 Europe also represents a popular destination. Many countries are moving towards accepting more investment from abroad. Countries in Europe that were struggling from the global financial crisis are accepting easy money from foreign investors. Cyprus for example is offering a residency visa to anyone willing to commit 300,000 Euros. Portugal has a similar approach with 500,000 Euros. For Greece the permit is just $250,000 for five-year residency permit. 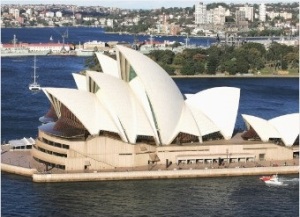 Another destination of choice is Australia. It has launched program similar to the other big countries but in this case the requirement for investment is much higher – $4.5 million. Since the scheme began in 2012, 91% of the applicants have been Chinese nationals.

Even though some of the Chinese elite are planning to move abroad – only a minority are actually giving up their Chinese nationality. They keep to their roots and hope for better times when they can return back to the homeland.