We started our journey on a beautiful Friday morning from the new Yuan Ming Palace in Zhuhai. Early in the morning everyone was still a little sleepy but already very excited about our next adventure. We shared our bus with a Chinese tourist group and a crazy Chinese tour guide, whose name I am still unable to pronounce. Most of us took the chance to sleep in the bus, while the rest were enjoying the stunning landscape of Southern China.

In the afternoon we arrived at the Li River, the famous Symbol on the 20RMB bank note. We then embarked on motorized bamboo rafts and headed into one of the most beautiful sunsets I have ever seen in my life. 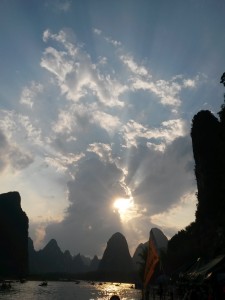 After we spent some hours at arguably the most memorable and beautiful scenic spots of the whole of China, we drove off to Yangshuo city to check in to our hotel. The Hotel was small, clean and very modern so we quickly headedout to an awesome dinner with our Chinese tourist friends. In the restaurant we ate the famous local “Beer Fish” specialty. Having finished the Beer Fish, the night slowly went into some more beers and some more Baijiu and we headed off to the awesome Yangshuo nightlife. You can’t believe the pure masses of people being in such a small city and the lively and happy atmosphere everywhere around you. 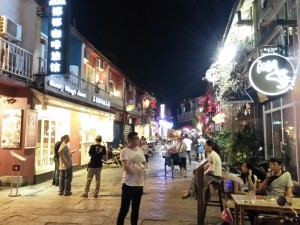 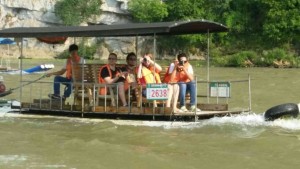 After dipping into various areas, we settled in an internatinoal rock climbing bar, where the office manager of IC Zhuhai Paul Bailey offered to play some songs , assisted by his fellow singing interns. (Internal footage of that awesome singing on request…)

The next day we headed to the Yu Long River and had a very romantic tour on a small bamboo raft. “Romantic” would not be sufficient to describe the scenery and atmosphere of this place. As we arrived, we headed to a beautiful park which was the setting for one of the most romantic Chinese movies, “Sister Liu”. Having had an awesome local dinner after that, we visited the famous Silver Cave, one of the biggest and most beautiful caves in China and perhaps the whole world. 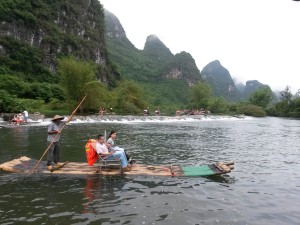 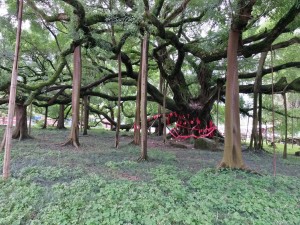 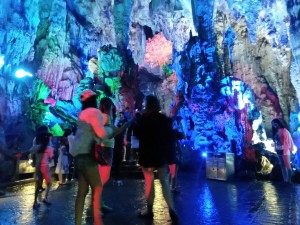 We were starting to get a little tired, but we still continued to enjoy the exciting and beautiful nightlife of Yangshuo for a second time and there surely will still be some stories told in a few years about this great trip. The way home on the next day was somewhat a quiet affair after one hell of a great night. 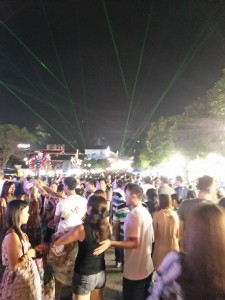 Don’t forget to watch our awesome movies for this and our other adventures. Join InternChina Zhuhai and be a part of the next adventure yourself! 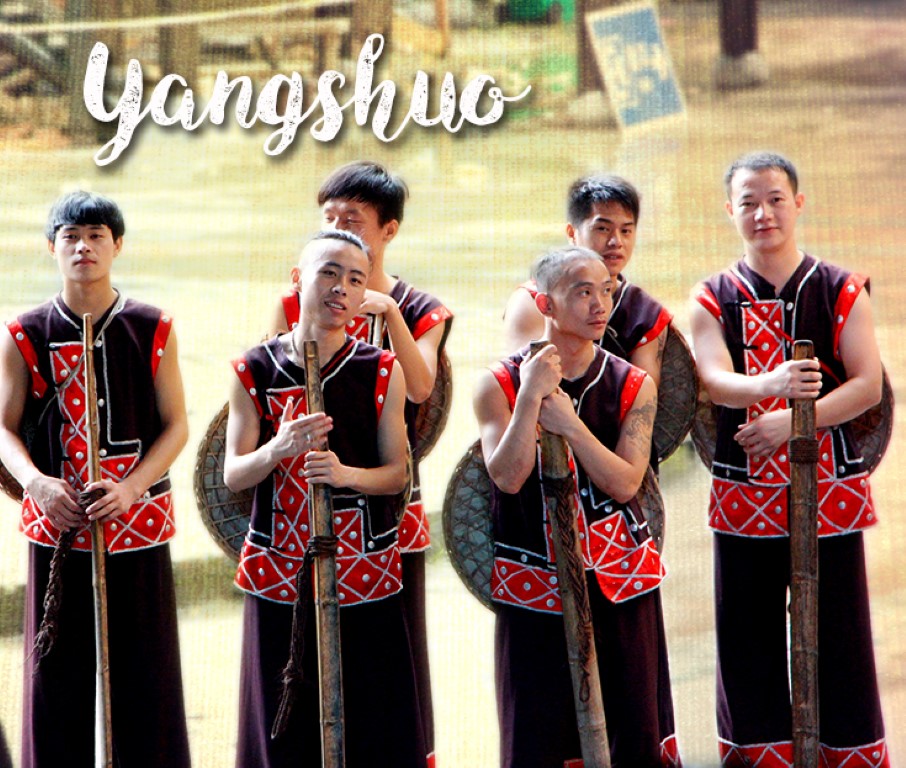