What a weekend it has been! Taking part in my first weekend trip with InternChina did not disappoint. With a full itinerary to keep us entertained and great company, this was one memorable trip to Danxia Mountain 丹霞山 <<Dānxiáshān>>.

Setting off on Saturday morning, the 7am meeting time was not easy for any of us, but the 5-hour journey ahead gave us the much need rest before we began our tour of our first destination: Nanhua Buddhist Temple 南华寺 <<Nánhuá Sì>>.

Built in A.D. 502 this temple was over 1,500 years old, founded by an Indian monk named Zhiyao Sanzang. It has particular significance to Buddhism in China as it is home to a number of historical relics preserved from the Song Dynasty (960-1127 A.D.) such as a rare gold silk cassock embroidered with 1,000 Buddhist figures.

Once we entered, there was no doubt that this temple held history. Divided up into five sections, the walls of every room were covered in ornate wall murals and gilded Buddha statues. From the 400 year old trees planted in the courtyard, to the fresh springs flowing with water straight from the mountains at the back of the temple. Every part of the temple held some significance to your health, well-being and future.

Continuing onwards in our journey, we made a brief stop to a historic landmark of Shaoguan city, Fengcai Tower 风采楼 <<Fēngcǎilóu>>, which was built in 1497 during the Ming Dynasty.


Concluding our day was an event more than any of us anticipated. Feeling a little bit tired after a day of travelling and sight seeing we made our way to our final destination to see a Yao ethnic minority dance performance. The Yao people are one of 55 ethnic minority groups recognised by the People’s Republic of China and have a long history in the south of China extending towards Vietnam.
By the end of the show none of us anticipated that two of our interns would be married to two of the Yao girls; there would be Baijiu shots in celebration; a fire eating show; Kristin our InternChina intern would recieve a piggy back ride from one of the Yao men, while he did squats, WHILE standing on knives. Finishing off this dramatic show the entire audience were brought on stage to take part in a Yao traditional dance that left us with bruised hips and biggest laughs that we’d had that day.

Day 1 of InternChina Zhuhai in Danxia. A success!

The next day another early start proved to be struggle for some more than others, but today the was the day we had all been waiting for and Danxia mountain was awaited our arrival.

The first part of our trek led us to exhibit A:

Now I know what you are all thinking and to be honest the rest of the world is thinking this too. HOWEVER, the official name of this formation is Yang Yuan Stone 阳元石 <<yángyuánshí>> or  ‘Male stone’. Just so you know.

Our trek didn’t end here. After a tasty lunch our true journey began with a 2 hour trek to Zhanglao peak. I want you to imagine us as Hobbit extras in Lord of the Rings trying to make our way to Mordor. We climbed vertical cliff faces, while battling crowds of people with buckets of sweat pouring down our faces and our thighs quivering from the strain of the climb.

What was this all in pursue of? Why so much effort? Well it was all for one of the best views that I may have seen:

For your chance to climb Danxia mountain and see China for yourself apply here! 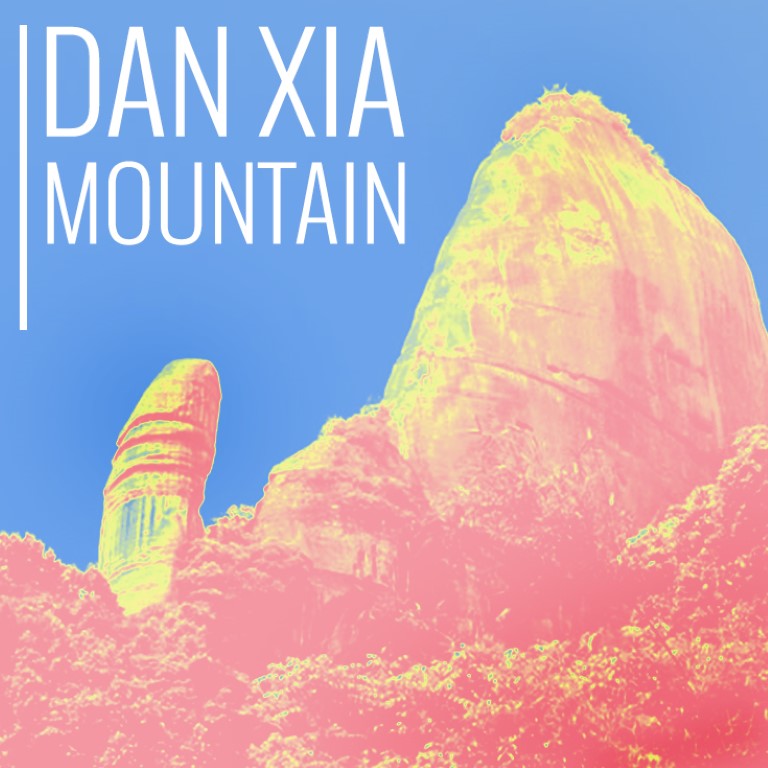