Hollywood has been traditionally seen as one of the major American economic pillars and has been an important exporter of American culture and values throughout the decades. Nevertheless, there have been a lot of predictions that the emerging Chinese movie market sales could someday surpass those of the American box-office. These predictions showed their first glimpse of becoming a reality in February 2015 when China’s monthly box-office sales surpassed the American market for the first time. While the American market finished the month with 640 million dollars to boast, the Chinese market made an even more impressive 650 million dollars. Most concerning for Hollywood is the fact that these sales were largely achieved without the lure of American blockbusters, but instead relying on the appeal of domestically produced movies.
At present, there are only 37 foreign movies allowed to be shown at Chinese movie theaters every year. This number might be increasing due to the fact that Hollywood tries to seek partnerships and joint ventures with the Chinese film industry. But Hollywood is still far from getting a strong foothold in China. 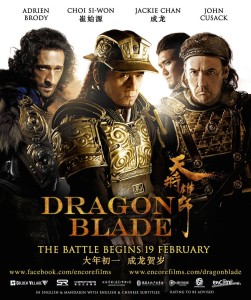 The Chinese movie industry also keeps importing American movie stars like John Cusack or Keanu Reeves to produce movies that also meet the taste of a Western audience. Even the Chinese advertising market is importing American actors to show off their products to an immense number of Chinese consumers. 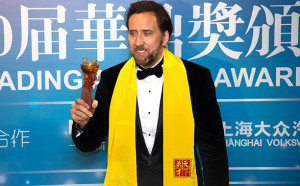 Statistically, Chinese people seem desperate for movie entertainment, resulting in about 13-15 new cinemas being build every single day. Currently, there are only 23,600 screens in China versus the 40,000 of the U.S., but those are 475% more screens than China had in 2008. Some analysts predict that the overall Chinese market will surpass North America in 2017.