This weekend our interns got the chance to attend a basketball game here in Chengdu, and experience the CBA firsthand! The Sichuan Blue Whales took on the Tianjin Gold Lions in what ended up a close fought game. In the end, the local Sichuan Blue Whales emerged victorious.

In China, basketball is some what of a religion with hundreds of thousands of fans rushing to any event that an NBA star will attend. This hasn’t gone unnoticed in the US, with teams including multiple stops in China during their pre-season schedule.

The Chinese Basketball Association (CBA) comprises of 20 teams from all over mainland China. From Xinjiang in the far North West, to Shenzhen in the South East. Each team is allowed a maximum of 2 non-Asian players in their squad, unless they finished in the bottom 5 the previous season, in which case they are allowed a third.

To add further confusion to the rules regarding non- Asian players, teams are only allowed to play non- Asian players for a total of 6 quarters, and only one non- Asian player at a time in the 4th quarter. This means that if a player checks in at all in a quarter that counts as 1 quarter of playing time. Whilst these rules can get confusing, it means that the Chinese players are not crowded out of the league! 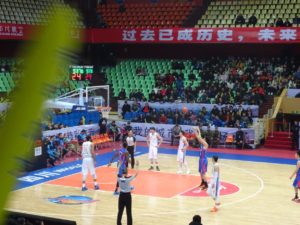 Some notable players in the CBA at the minute include BYU sensation and super hot shooter Jimmer Fredette who plays for the Shanghai Sharks. Former Milwaukee Bucks point guard, Brandon Jennings who plays for Shanxi. Argentinian big man, Luis Scola who also plays for Shanxi. Stephon Marbury who has become somewhat of a star here in China, playing for Beijing Ducks. Marbury has even received the keys to the city in Beijing and is the only foreigner to hold a green card. 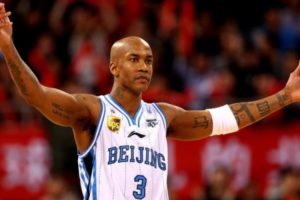 There is no shortage of talent here in China! When looking at the contracts these players have signed its clear to see why. The minimum salary for a rookie in the NBA is $582,180 and in the CBA is $815,615. Therefore, it may be a sensible choice for lower pick draft players to make the leap to China to work on their craft. 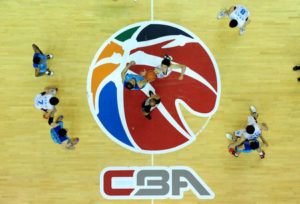 The CBA is growing in popularity here in China. Games tend to attract crowds of 5,000 fans with much more attending the 7 game finals series. Furthermore all games are streamed live online on Tencent attracting a national audience on a nightly basis. Overall the influx of foreign talent alongside the developing national talent makes for a great spectacle. If you get the chance whilst in China be sure to take in a game!

Inspired to come to China? Apply for one of our fantastic internships now!