Hello, everyone! My name is Meredith, and I am one of the new interns here at the InternChina office in Qingdao. This past week, I celebrated my first ever Mid-Autumn Festival! The Mid-Autumn Festival, also known as the Mooncake Festival, is a national holiday that takes place every year on the 15th day of the 8th month according to the Lunar Calendar. This date marks the full moon, when the moon is at its roundest and brightest. In Chinese culture, this is very significant as circular shapes symbolize reunion and wholeness.
The Mid-Autumn Festival is a time when friends and family gather together to celebrate and give thanks for the harvest. In honor of Chang E and in the spirit of togetherness/reunion, people often make and share mooncakes with friends and relatives. 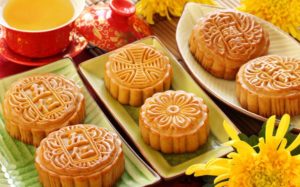 Mooncakes consist of fillings, such as red bean, lotus bean, orange, duck egg yolks, and mixed nuts. These are just some of the fillings I have come across during my time here in Qingdao. There are certainly others! 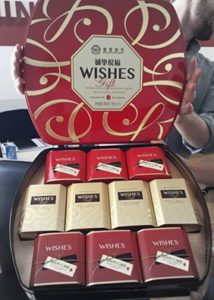 After consuming many, many mooncakes in the week leading up to the festival, my colleagues and I decided to get into the holiday spirit and make some of our own “laowai” mooncakes! In addition to the traditional fillings of lotus and red bean paste, we decided to incorporate some flavors often used in sweets back home, such as strawberries, bananas, Nutella, and peanut butter.

Some mooncakes turned out better than others – mine ended up looking more like blobs than mooncakes, but it’s what’s on the inside that counts, right?! 🙂

I thought the peanut butter filling would be the clear winner in the taste test, but I was very, very wrong! Although widely debated amongst my colleagues, I believe the mooncakes filled with the traditional fillings were actually much better than the ones made with our own special ingredients.

Even though the mooncakes did not turn out quite like we thought they would, it was still great being able to spend the holiday with friends!

If you are ever in China during the Mid-Autumn Festival, I would encourage you to give mooncake making a try! 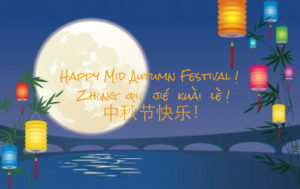