Just a few years ago, it was hard to find an ATM in Ho Chi Minh’s streets but these days they are almost everywhere: in the shopping malls, near restaurants, bars and convenience stores. The majority of ATMs belong to local Vietcombank but you can also find many foreign banks’ ATMs of ANZ, CitiBank and HSBC. 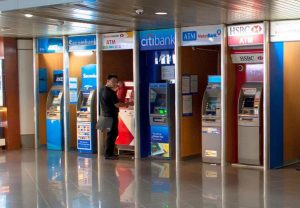 There is no problem with finding ATMs which accept Visa (Plus) cards, but it might be a little bit more difficult to find an ATM accepting Maestro (MasterCard) or Cirrus. To easily find your nearest ATM, you can visit MasterCard’s ATM locator or Visa’s ATM locator.

Before arriving to Vietnam make sure that your card has a magnetic strip on the back as chip-and-pin cards probably will not work in most Vietnamese cash machines. The main difference is with the length of PIN, Vietnamese bank cards have 6-digit-long PIN. You can easily solve this problem by adding two zeros in front of your card’s PIN but it does not always work, so you better ask your bank for advice. Remember to let your bank know that you are going to use your card abroad, otherwise they might take it as suspicious activity and freeze it. 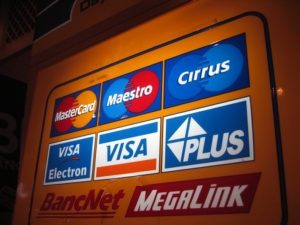 ATMs owed by the Vietnamese banks charge between 40,000 and 66,000 VND as a single withdrawal fee, so it is much better to get more cash at once rather than getting a few transactions. Foreign banks’ fees are usually at the same level or sometimes a big higher, depending on the bank. Also, your home bank may charge you fees for foreign transaction.

Vietnamese ATMs mostly dispense only Dong but might sometimes ask you if you want to be charged with your home currency – always say no as the exchange rate would be much lower than the mid-market one!

How to reduce or avoid fees

Interested in doing internship in Vietnam? Why not Apply Now!