After I left the desert of Abu Dahbi in the hot morning sun it took a while until a thick cloud hid the ground. The sun was so bright in hurt my eyes. Time to shut the window and relax a little bit. Questions like ‘what Chengdu would be like?’ and ‘what tasks I would have in the next weeks’ came to mind, but after an eight hour flight plus two hours transit these questions slipped away and turned into dreams I cannot remember anymore. An uncomfortably short sleep later I took a look out of the window to see the mountain peaks of the Himalaya break through the clouds. Majestic giants building a big natural wall between two civilisations. I was truly impressed by this symbol of natural force. Moreover, I made me aware of the fact that I was not far away from Chengdu anymore. Another adventure was awaiting me. I was back to China. 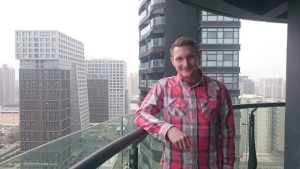 I was back… a couple years ago I had already been to this mysterious country which was and still is fascinating me. At that time I spent sixteen months in Zhengzhou which is the capital of Henan. Located in the middle of China, Zhengzhou is a fast growing city – just like Chengdu. Back then I lived with a Chinese family which introduced me to the Chinese culture and helped me to improve my Mandarin. It was an experience that profoundly shaped my personality. This is why I am so excited about having the chance to do an internship at InternChina.

Let me shortly introduce myself. My name is Martin Schwarz-Huang. I earned a Bachelor’s degree in East Asian Politics and Economy with a major focus on China. I am from Essen which is part of the Ruhr area with other cities like Dortmund, Duisburg, and Bochum close-by. 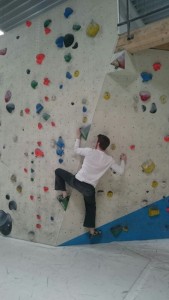 At the moment I am doing a Master’s in Politics of East Asia and I am pretty glad that an internship is part of the program. In my spare time I like to draw pictures and learn about different kinds of arts and design methods such as origami. I also like to go mountain-climbing, and playing Badminton. It is my first week here in Chengdu and I’m very excited to get to know the city and last but not least find my place in this warm-hearted team.