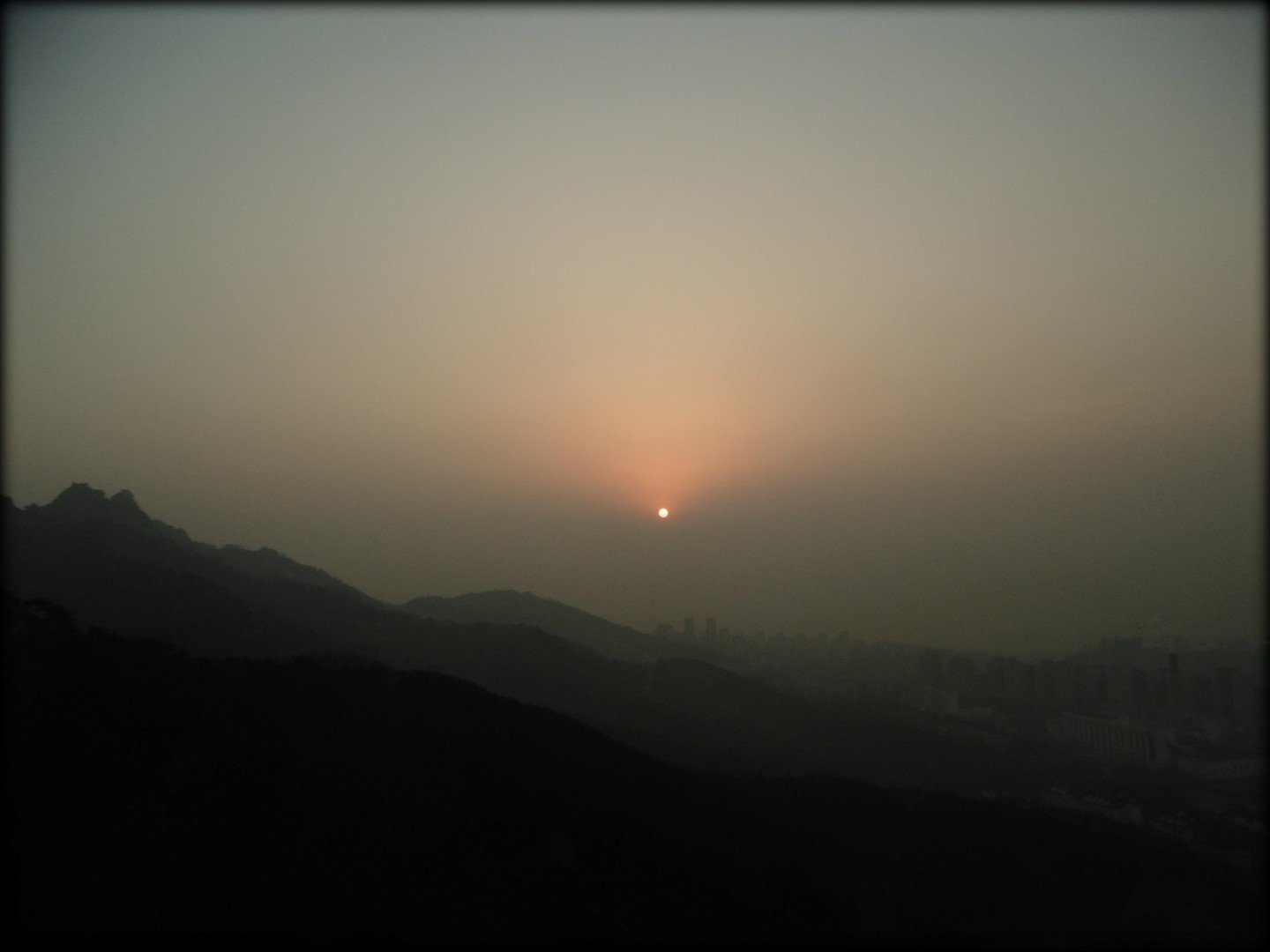 If you plan to come to Qingdao, you will inevitably hear about Laoshan, a must-see in the region. However, while waiting for warmer temperatures to go exploring this beautiful mountain and take a breath of fresh air, you can still go to Fushan, if you want to have an escape in the nature for a few hours.
Fushan is a 5km long and 2km wide mountain in the eastern part of Qingdao. Its highest point is roughly located at 384 meters above the sea. To go up there you won’t need a lot of time, just a bit of willingness. That is what we needed, me and a friend of mine, when we got up at 4:45 am on a Saturday morning (What? Lie in during the week end? Never!) to go to Fushan in order to see the sunrise from the mountain top. Rude awakening, I have to admit, but once our hiking shoes were on, we were up for climbing all of the mountains of the world. Well… it was only Fushan, but anyway.

We walked for a while in the quiet early morning of Qingdao. As we had already been there once, we were familiar with the small passage that allows you to enter the mountain: only three stairs separated the link between the street and the wildness of the mountain. From there, no more roads could be seen but only natural trails. We knew we were going to make it on time, thirty minutes before the sunrise, but the sky was becoming lighter and lighter (good job because otherwise we would have fallen more than once on the way). After few minutes walking gingerly, we reached the stairs. Here is where the real climbing began!

Time quickly passed, sweat and 500 stairs later, we found a comfortable rock to wait for the sunrise. Unfortunately the weather wasn’t on our side, we didn’t even see the sea from the mountain. But even though we had chosen a foggy day, there were beautiful colors and the muted atmosphere caused by the fog was relaxing. We were just about to give up waiting, thinking we would never see the sun coming out, when suddenly we saw it, shyly emerging out of the fog, perfect bright sphere in the sky. We stayed there for a moment, just enjoying the moment.

Afterwards we made our way back home, after a short passage in a bakery for a well-deserved breakfast.

Interested in finding out more about Qingdao and the programs we offer? Click here to get more information 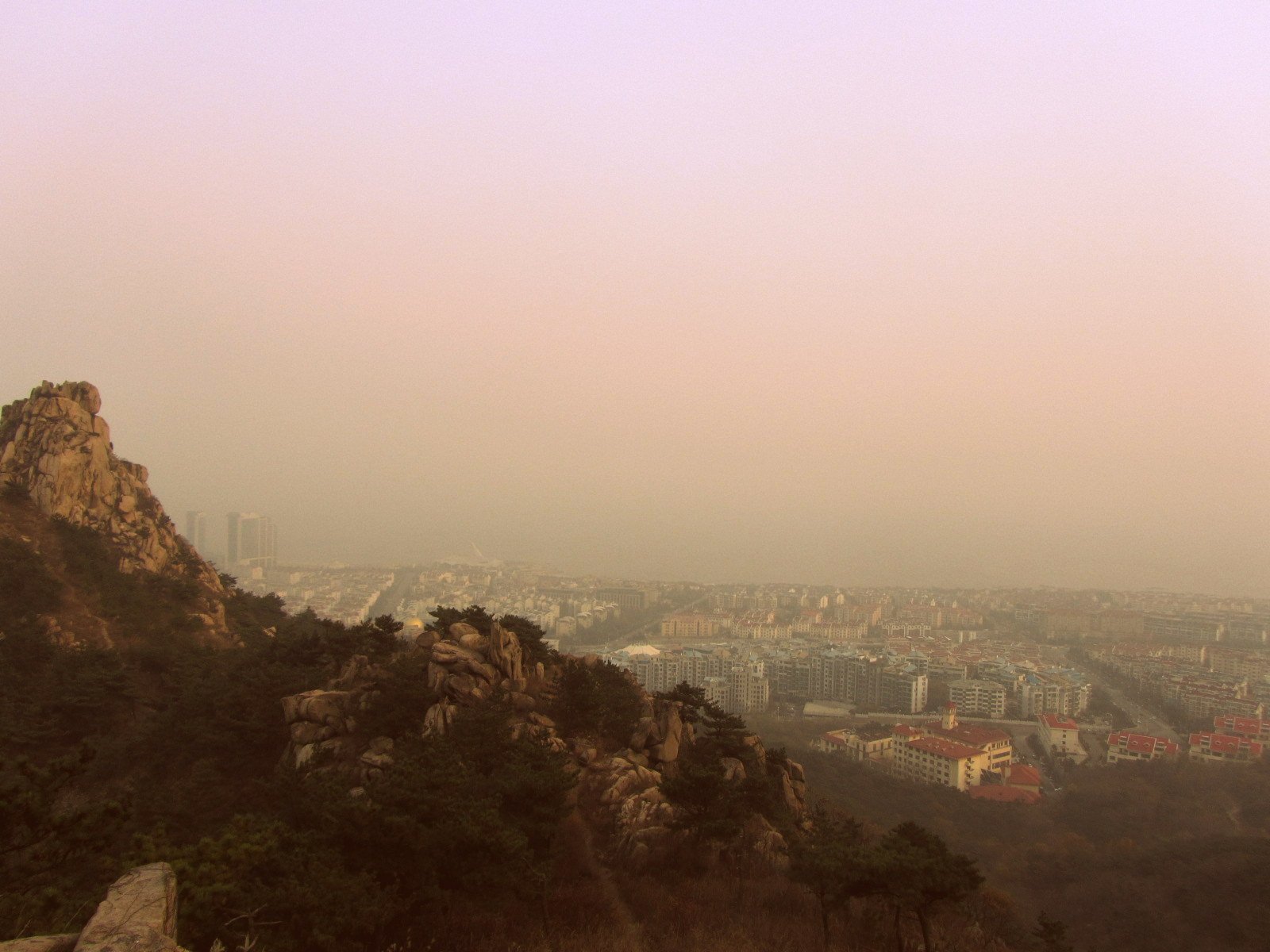 For last week’s Saturday Event the InternChina crew decided to walk up Fushan.
Fushan Mountain is one of the highlights of Qingdao. The whole mountain range is about 5 km long and the highest peak is perfectly embedded into the city. With a height of 384 meters it is not as exhausting as Laoshan to walk up but the lack of roads leading to the top makes it a great adventure! And Fushan is famous for its marvellous natural scenery.

Our small group of three people met Saturday afternoon to start the hiking trip. Since lots of people who had recently walked up Fushan gave me advice about where to start and where to go, I was quite confident that we would find the right way. But as soon as we got there it seemed to be a little more complicated.

We started our tour by finding our way around a locked fence with a red flag on top of it, walked up a few stairs and that was it. There was no obvious path that lead to the viewing platform, from which, I was told, the courageous ones could start their climb up to the final top of Fushan. Instead we were standing in the middle of pine trees and bushes with only a one foot wide path to follow.

After more than half an hour of following the path it suddenly stopped and instead of the viewing platform we were standing in the middle of graves. The ground was heaped up all around us with yellow squares and gifts for the dead in front of it. This was definitely not the right way. But as none of us wanted to turn around and go back to where we started, we decided to continue on our path. And after a one-hour walk through pine trees and high bushes we finally crossed the promised walking path right where it ended and the climb up to the peak began.

And the last bit of the hiking trip up  Fushan was the best. Instead of walking you actually have to climb up big stones to get to the top. We started with the lowest peak but it was not enough, hence we continued to find our way over stones and through wild bushes to the highest Peak of Fushan. The wind was quite strong on that day but even though we made it to the top.  At the end of our trip we were rewarded with a beautiful pre-sunset and a great view over the city. And our Tsingtao beer never tasted as good as it did after climbing up Fushan.

Do you want to climb up Fushan with us? Join us for an internship in China and Apply Now!…. Next time we will take the straight forward route! 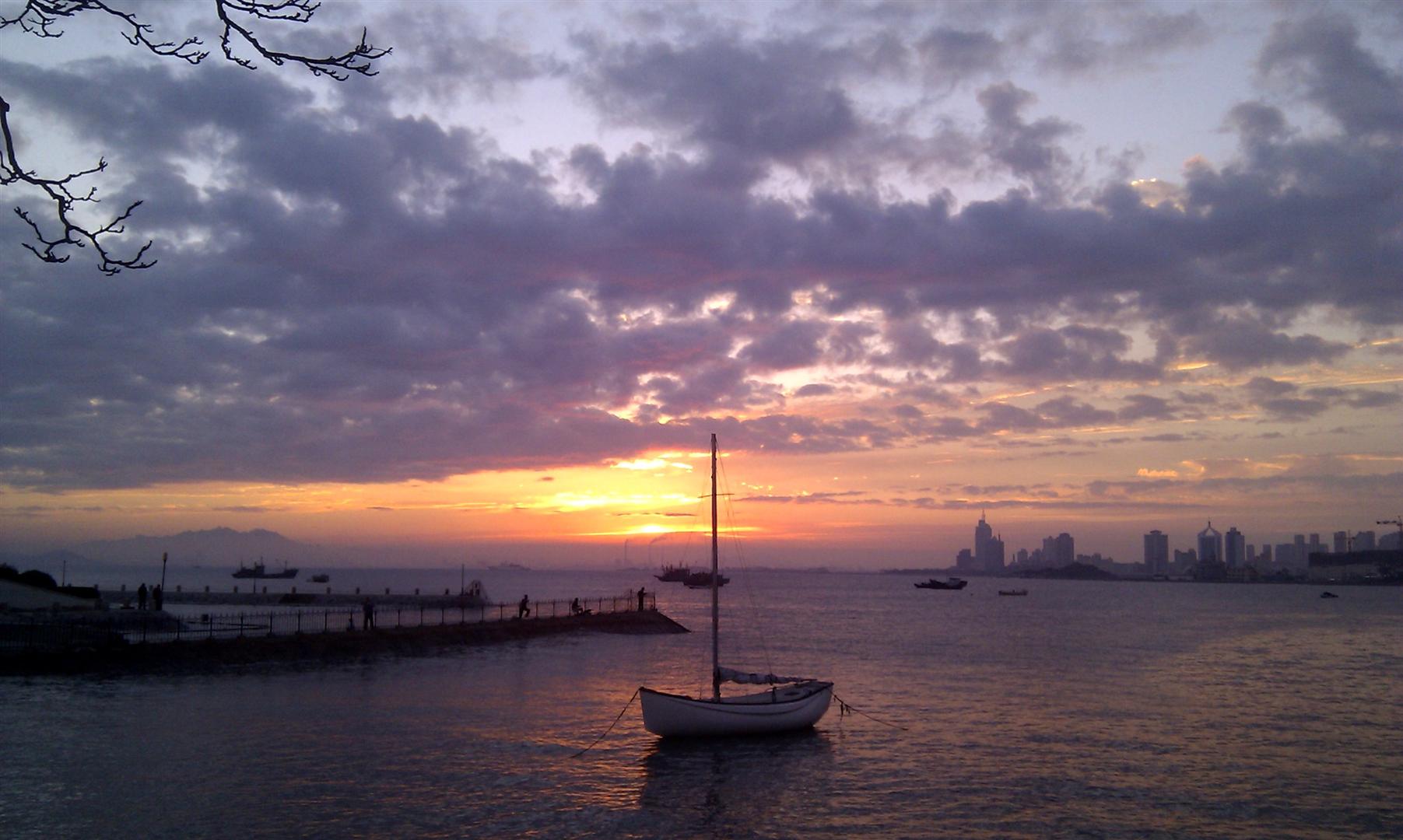 Qingdao Blogs, Qingdao Eating Out Guide, Things To Do in Qingdao
Posted on November 6, 2013

Jamie Bettles
Things To Do in Qingdao
Posted on March 5, 2013

For our weekly InternChina trip, we planned to climb on the Fushan Mountain here in Qingdao. As the weather was really nice and sunny and not too cold not too hot we decided to conquer FuShan!!

FuShan is a very popular hiking alternative, but still it is not the highest mountain. The highest and biggest mountain here in Qingdao is the Laoshan Mountain, we will also plan a trip to Laoshan in the next weeks! Climbing the FuShan Mountain is really worth it, you will have 360° panoramic views of Qingdao.

We met all on Sunday morning at 12 o clock. We were a big group about 20 people, who were excited to climb the mountain. No one of the group had been to the FuShan Mountain before; therefore it was a big challenge to get to the FusShan Mountain, because there are a lot of different entrances all around the huge mountain. We decided to take taxis, in total we needed about 5-6 taxis to get there. I was in the taxi with 3 new interns, so we had no clue how the FuShan Mountain actually looks like. As we arrived we recognized that we are the only ones there, the rest of the group was missing. The problem was that the mountain was so big and the cab driver drops everyone out around FuShan. But, at the end we all found together and it was really funny.

Actually, we thought we will have stairs to get on the top of the mountain, but as I said before no one of us were at FuShan before; no one had an idea of which path to follow. Therefore, we always voted which way to take and it was not always correct but good we had a lot of fun picking a way randomly by voting! We were climbing the mountain and it got higher and higher and also more dangerous. I was really afraid to fall down, because the path to get up was so small and you had no possibility to hold on something. But luckily we had some strong guys in our group who helped us always.

Unfortunately, we took the most difficult and exciting path!!Getting down the mountain is actually always faster than getting up, but this time to get down was not that quick. It was an incredible feeling to get down the mountain, because left and right were nothing to hold on! But luckily, we all got down safely and made one of the best experiences here in Qingdao!!!

Would you like to make this wonderful experience on the top of the mountain? Then apply now via email or directly on our website. If you want to see more pictures become our friend on facebook

Click on this link to watch a really cool video of me (Steve Nostrand)- holding my camera and showing off Qingdao from the mountains of Fu Shan near my host families home.  The video may take a while to load and I am planning on uploading it onto YouTube soon-
Fushan (Qingdao, China)