When living in Tangjia there was a theme park called Pearl Amusement Park. Back in the days, it was very dirty and not very safe. Well guess what? As of today, it is still open and it is still as bad as it was 10 years ago, if not worse than before. This park has got to be the only park that I know where you do not EVER have to line up. It is pretty much a ghost amusement park (if you can call it that).
There was also a pizza place in Tangjia where all of the foreigners would go. The owner was a British guy, we all called Mr. Pizza. The restaurant is now owned by a Chinese lady. I can still recall the delicious taste of the pizzas, probably the best I have ever tasted.

My dad’s factory was in the Free Trade Zone. It is still there, the only thing that has changed is the factories around it. This Zone has massively extended in the past 10 years. It is incredible how Zhuhai has become this industrial city attracting more international companies every year. The Zhuhai Free Trade Zone actually had the largest economy in China in terms of GDP in 2008. Zhuhai definitively has a positive economic future. 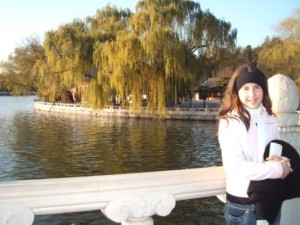 A new Opera building is now under construction which surprised me when I saw it. The infrastructure is being built on water (of course) and is already looking quite nice. A new convention center with stunning architecture was also built and has now been open since October 2014. And finally probably the biggest ongoing project in Zhuhai right now is the construction of a bridge connecting Zhuhai to Macau and Hong Kong. The bridge is not finished yet but we can already see bits of it constructed. And of course to make it even more grandiose, they want to build a big mall in the middle of the bridge! 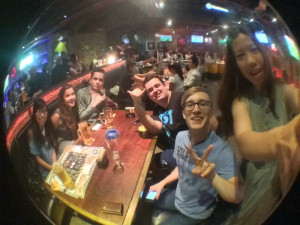 In the end, I am very happy to be back in Zhuhai. I think it is something everyone should have to experience at least once in their life. That feeling of coming back to a place that you had not seen for many years is just indescribable. Your stay in China just gets better when you recognize people that you knew 10 years ago. The mix of meeting new people and finding old friends makes you want to never leave this place. This city is definitively feeling like home, and I know for sure that I will be back soon!