Zhuhai – Romantic, Green, Clean
What most foreigners and local Chinese may have already known for a long time has finally become a reality. Zhuhai has officially been voted the most livable Chinese city. According to the Chinese Academy of Social Sciences, Zhuhai bested Hong Kong in the overall ranking. The ranking consisted of criteria like environmental factors, housing prices and economic competitiveness. Just watch some of these photos taken by our interns. 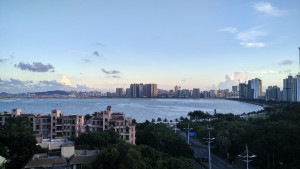 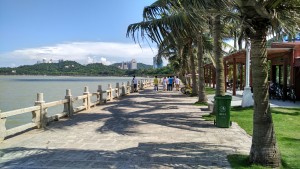 It is not only the relaxed vibes you experience in Zhuhai, but also the overall slower pace of life compared to hustling and bustling cities like Guangzhou or Shanghai. The city is unbelievably green and thousands of palm trees cast their shadow over “Lover’s Road”, the beautiful coastline within the city.

Zhuhai’s coastline itself is amazing enough, while being a small city even for European standards, there are astonishingly 690 kilometers of coastline belonging to the city. While there is usually a lot of bad news about air quality in China with hazy pictures of smog in the news, Zhuhai is ranked 10th in terms of air quality in China overall. Blue skies and beautiful clouds generate aholiday feeling all year round.

If that was not enough, there are no less than 146 beautiful islands belonging to the city. Imagine that you can make a trip to a tropical paradise island every weekend if you wanted to. Most of these islands are protected by the government to keep them beautiful and green in the age of ever-growing tourism. Zhuhai itself already gives you the feeling of living in one of these tropical paradises. 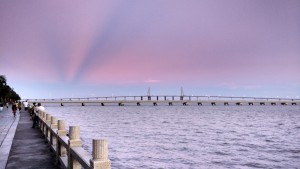 Zhuhai has its own flair, established as a city only in 1979, it was one of the first Special Economic  Zones after the opening of China. In this regard, Zhuhai is an incredibly young and modern city that attracts a lot of young skilled workers from all over the country. 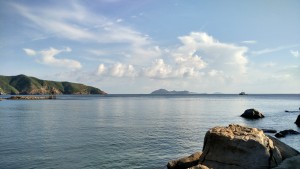 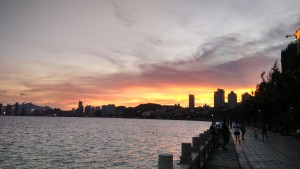 The proximity to Hong Kong and Macao also make the city one of the major tourist destinations in the region. People working in Hong Kong or Macao and other travelers take advantage of the convenient transportation systems and the chance to spend some free time relaxing in this lovable hidden gem.

With an annual average temperature of 22°c, you can imagine that most Zhuhai residents have never experienced snow in their life and most months of the year have a very comfortable and relaxed climate. Have a look at this little video we made for you.