When you are visiting China, going to Xi´An is almost a must! The famous Terracotta Army has often been regarded as the 8th wonder of the world and it is absolutely breathtaking. Even if it takes a twelve hour train ride to get there it is totally worth it and I promise you´ll learn a lot about China on your journey.

How to get there

When you are in Chengdu there are several options you can take. You can go by plane, which is of course much faster (but also a lot more expensive) or you can take a train from Chengdu´s main railway station (take Subway 1 towards Shengxian Lake, get off at North Railway Station) which takes about 10-16 hours. Make sure you book your tickets at least two days before you leave since trains are often sold out on the actual day. A good website to book cheap tickets is Ctrip.com. They usually have very cheap offers and if you are a poor recent grad like me and want to save as much money as you possibly can booking a hard seat is as cheap as it gets. If you like a little more comfort and feel you´d like to get some sleep during the train ride you can also book a bed (soft or hard sleeper). How long the journey takes mainly depends on at what time of the day you leave and what railway station in Xi´An you go to. Trains going to Xi´An South Railway station (西安南)are usually the fastest, however, be aware that it is not the main railway station and therefore it is a bit hard to get to since it is further out of the city. You can take a taxi from Xi´An South Railway Station to the city centre which takes about 40 minutes and costs 70-80 RMB. If you choose to arrive at the main railway station (西安) you´ll have plenty of public buses that take you to all parts of the city.
Take your passport with you when you pick up the tickets at the ticket office in Chengdu (it has a building to itself which is to the right of the main building) and make sure you arrive at least half an hour before the train leaves since Chinese train stations can be really busy and it might take a while until you are through the security check.
On the train
Be prepared that if you are a laowei (non-Chinese), people will definitely stare at you which might first feel a bit awkward. But don´t worry, you´ll soon realize that they are merely curious and wonder where you might be from. Being bored on a train is, after all, probably the same in every country and people like to distract themselves in any way they can. After a while they´ll lose interest and turn to playing games on their mobile phones or cooking meals. This is another curiosity I have encountered during my experience on a Chinese train: many Chinese bring their travel size cookery pots with them and prepare meals in them such as soups or instant noodles with different spices and sausages which they cut on a trencher and boil with hot water from a source I did not manage to discover (though this might have be for the lack of trying since I neither had the overwhelming desire nor the equipment necessary to prepare a meal myself).

Drowning the impressively loud snoring of the rather well-fed Chinese gentlemen next to me required setting my iPod to full volume and let´s just say I did not necessarily get a lot of sleep that night, but watching the sun rise over the mountains shortly before we arrived at Xi´An definitely made up for it! There are also lots of people on the train who´ll try to sell you really random stuff, like fish on a fishing-rod that blink in LED lighting and start to dance and sing when you put them on the ground. Or toe clippers, cheap plastic covers for business cards and many more, shall we say, rather uncommon items I myself would not even purchase outside of a train.

Best time to go
This is always hard to tell and it depends on what kind of weather you are prepared to deal with. I went to Xi´An in winter and before I decided to go on this trip people warned me that it would be very cold and wouldn´t I prefer to go to a place that has warmer weather? But I had always wanted to see the terracotta warriors and so it was either put up with the cold or miss out on the entire experience, which I was definitely not prepared to do! In the end the cold was not that bad at all and three layers of clothes helped me to enjoy sightseeing without shivering.

Where to stay
Again this highly depends on your budget. If you are prepared to spend a bit more there are several nice hotels in Xi´An which can be booked on the website Ctrip. A nice place to stay that is neither too expensive nor very low budget is the Atour Hotel which is close to many of the city´s top attractions such as the Small Goose Pagoda, the Ancient City Wall or the Bell Tower. From there you can also easily catch buses into every part of town, including the main train station from which you´ll eventually catch a train to the Terracotta Army.
If you prefer to save some money and opt to stay in a more basic accommodation I can highly recommend to you the Han Tang hostel which is located in a residential area of town but can be easily reached from the airport and the main train station. They also offer free pick up at the main railway station if you let them know in advance when you´ll be arriving.
Make sure to check popular travel sites such as hostelworld.com or hostelbookers.com for the cheapest offers. Ratings can always be found at tripadvisor,a brilliant travel site always worth checking out.

What to do
Obviously one of the main reasons for people to travel to Xi´An is almost always the visit of the Terracotta Army so I´ll devote an entire section to it in this blog. But there is indeed a lot more to Xi´An than just the warriors. As one of China´s four ancient great capitals, the UNESCO historic city has a great deal to offer and many interesting places to visit. Make sure to take enough ime to explore the cultural heritage, visit local craft markets and try the delicious food.

A very nice place to go for a walk is the ancient city wall. For just 29 RMB (don´t forget to bring your student ID to get discount) you can walk on the wall for as long as you like (and it´s a long wall!). If you enjoy cycling you may also wish to rent a bike from one of the countless bike rentals on the city wall. It´s a great way to enjoy a fantastic view of the city and see many different places in a short time. There are also various museums on the city wall which you can access for free when you have your entrance ticket.

Another place well worth exploring is the Muslim quarter where you can buy local souvenirs and try the delicious food for very little money so make sure you go there hungry. Other interesting sights are the Bell Tower (especially at night when the lights are on), the Little Wild Goose Pagoda, the Big Wilde Goose Pagoda and the Tomb of Emperor Jingdi.

The Terracotta Army
As usual the best part comes last: China´s famous terracotta warriors, which are thousands of years old but have only been discovered in 1974 by local farmers who were digging for water when building a well. The army, which was commissioned by China´s first Emperor Qin, comprises more than 6000 life-size terracotta figures of soldiers and horses ready for battle. Not two soldiers look alike; all of them have different facial features and expression, clothing, hairstyle, and gestures. The museum first opened to visitors in 1979, though the term “museum” might be slightly misleading since the warriors are displayed in an underground hall which reminds more of a vault. The first pit is the largest with a number of about 2000 warriors on display. Almost all of the soldiers in Pit Two are destroyed and there are countless piles of broken fragments.Warriors and horses in the third Pit, which is considerably smaller than the first two, are remarkably well-preserved; many of them still have their original face paintings and they look like they might come alive at any moment.

Now, how to get there? This is actually very easy if you know what railway station to go to and do not end up in the wrong place like me (instead of arriving at the museum at 11 a.m. I got there at 2 p.m.- this is about as much as you need to know). Simply catch bus number 5 (306) from the main railway station. It seems to have a stop all to itself with a big yellow sign next to it. If you are not sure if you are in the right place just ask around, almost everybody will be able to help you. Just bear in mind that people won´t necessarily know the English word for terracotta army so to be on the safe side ask for bīngmǎyǒng(兵马俑). Once you have found the bus just sit down, eventually someone will come up and sell you a ticket for 8RMB one way. There is no schedule, the bus just leaves when it is full. The ride takes about 40-60 minutes; you´ll be dropped off at the last stop which is a big car park with many the tour buses so it is really hard to miss. Don´t be confused if the bus stops a few times on the way there, this is usually just to drop some locals off.

The museum is open from 8 a.m. until 5 p.m. every day but I would highly recommend going there in the early afternoon after most school classes and pensioners have left. You´ll find it´s much less busy and you´ll be able to enjoy walking around without having to queue all the time. Sadly they won´t give you student discount so you´ll have to pay the full entrance fee of 120 RMB but it is a good investment! I found that two hours are plenty of time to get around and have a look at all three pits as well as the history museum and various souvenir shops. Do not, under any circumstances, buy a souvenir at the museum grounds but wait until you get out and pass the approx. one thousand tourist shops that´ll all want to sell you the same thing: mini terracotta statues! As always in China make sure to haggle to get a better price. I hope you are well prepared now for your trip and have a wonderful time!

If you also want to go on an adventure and explore China, apply now! 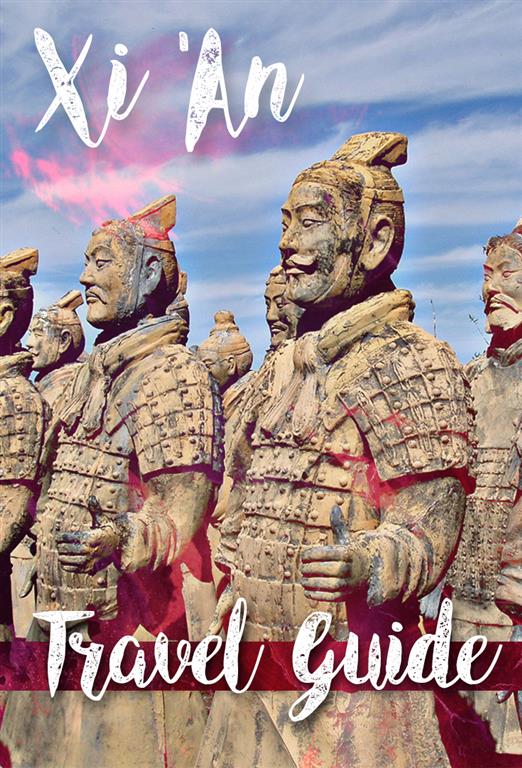