WeChat Pay – A Wallet in Your Phone

With 818 million monthly active users, WeChat is now the most widely used social network in China.

This application allows you to have an account in which you can be followed by thousands of people and you can easily interact with each other. It also enables the user to have an “online” bank account on your phone with WeChat Pay.

If you were thinking about going to China soon, you would discover that no matter where you go, the Chinese always pay with their phone: in shops, in taxis, to refill bus cards or phone plans, and even to pay in a bar or book holidays.

Today, 413 million Chinese are online shoppers, or 30% of the population.

With apps like “Alipay” and “WeChat”, it is very easy for Chinese to pay online wherever they go. Everyone has a WeChat account to receive and send money. Even crazier, for Chinese New Year you can send a “virtual envelope” containing money to your relative.

You may be wondering, why are Western countries lagging behind in these new technologies?

Perhaps, it is due to new technologies confidence problems or simply to the fact that WeChat has few competitors in China. Being in a monopoly situation, it can do whatever it wants and remains the most-used way to pay. And which wouldn’t be possible in most of the western countries.

But WeChat is not the only used online platform in China.

Here is a brief survival guide for your next trip: 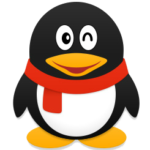 Alibaba: The leader of Chinese e-commerce, with this application it is possible to order everything you need. It facilitates exchanges between China and western countries. They now account for about 80% of online commerce in China.

Taobao: Operated by Alibaba group, this is the main online sales platform in China. It works approximately like Amazon.

Tmall : This is a platform for local Chinese and international businesses to sell brand name goods to consumers.

Made-in-china.com : It is mainly for B2B business 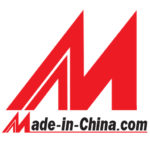 Baidu: certainly one of the most useful app! The same principle as Google Map, with the advantage of telling you which bus to take, but also nearby taxis and even order them for you! 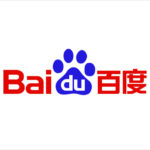 Weibo: Essentially the Chinese Twitter, it currently has 200 million active users and is one of the most visited websites in China.

Youku: The Chinese Youtube. You can find many online movies on this website. With a very large selection, including international films. (For the French people: it is even possible to watch Kaamelott, so you can imagine how international it is!) 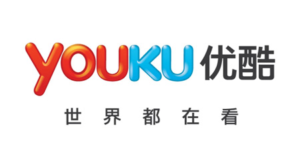 Ctrip: The most popular booking site for domestic flights to China. It allows users to consult schedules, prices and availability of trains and planes.

But also some useful apps for every day life:

Pleco: The essential dictionary for China travel or Chinese study. It can recognize many characters with great precision, and you can draw them by hand, which makes the application very easy to use.

Plume Air : An application on air quality. To know if it is needed to put on your mask today to survive the Airpocalypse!

If you want to be a part of the IC story, APPLY NOW!