Chengdu is one of the fastest growing cities in the world. The enormous number of constructions in the South is one visual indicator for this fact. China’s “go west strategy” is really measurable in Chengdu.
Every time while I am walking through Chengdu some questions coming through my mind, “What happens next? Where will be the next construction? What is the design of next building? Etc.”

Finally an announcement gave me one answer through my question. To undermine the importance of Chengdu, this city will be the third city in China which has two airports. The long term aim is to handle more than 90 million passengers and 2 million tonnes of cargo every year. Compared to the current situation it will more than double both numbers. With the current Chengdu Shuangliu International Airport the city already ranks in the Top five out of the 202 civil airports in mainland China. 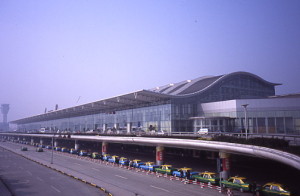 The new Airport will be located in the south east, only 51 kilometres far from downtown. Subways, busses, railways and highways will connect the new airport with the city centre and the outside world. According to the plans this big project should be finished in the next three years.

As starting point of the south Silk Road in the early second century, the investors hope that Chengdu will have a comeback as gate to China once more. Chengdu’s geographical position is very comfortable for trade with Southeast Asia, Europe and the Arabic world. Important Airlines like British Airways and KLM Royal Dutch Airlines already promoted their non-stop service between Chengdu and Europe in late May. All in all Chengdu is ready for the next step and we are looking forward to make our pick-ups from a new Airport.

See you soon in Chengdu. Old or new Airport, it is your choice. Apply now!