Today I would like to give you a little insight about the German History of Qingdao. The reason, why I wrote this blog is, because a lot of people always ask me about the city´s exciting history, therefore I started a research for our Internchina interns and I would like to show you my results!
In 1914 the First World War broke out!

The Japanese wanted to continue to hold Qingdao for the remainder of the German lease and Chinese government then yielded to Japanese pressure. In 1938 Japan re-occupied with its plans of territorial expansion onto China´s coast, which lasted to 1945. Since the inauguration of China´s open-door policy to foreign trade and investment, western Qingdao developed quickly as a port city. Now it is the headquarters of the Chinese navy´s northern fleet. 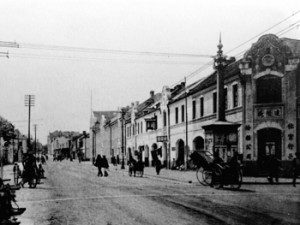 The German occupation influenced Qingdao a lot, which used to be a small fishing village. Upon gaining control of the area the Germans equipped the poor place with wide streets, solid housing areas, government buildings and a rarity in large parts of Asia as that time and later. The area had the highest school density and the highest per capita student enrollment in all of China. 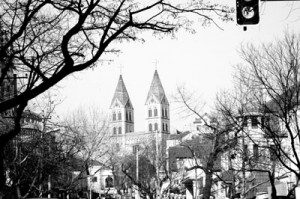 Commercial interest established the Germania Brewery in 1903, which later became the world-famous Qingdao Brewery. Also the Germans left a distinct mark on Qingdao´s architecture inevitably during the colonial period that can still be seen in its historic center and train station. Qingdao´s Old Town located in the German concession area is rich in European buildings. The mixture of historical sites and attractions in the old Qingdao city indicates the city´s diverse international cultures.

If you would like to learn more about the exciting history, come to Qingdao and apply now via mail or directly on our website!