Hey there, my name is Lars and I am currently doing an internship at the reasonably new InternChina office in Dalian. Dalian is one of the most important harbor cities in China and has also a lot of businesses from the IT, financial and heavy industry sector.  But the city also offers a great living atmosphere as it is surrounded by the sea, a lot of vast green spaces and small hills and low air pollution levels – it was even voted the most livable city of China in 2006.

I have just been here for a few days but I already ventured out a lot and discovered some breathtaking sceneries. The city gets greener and warmer and so more interesting every day. Especially when I hear reports from friends back home in Germany about snow in April and cold temperatures the warm spring really amazes me here in Dalian.

One of the first places I went to was the Labour Park. Its most recognizable points are the big white and red soccer ball and the sightseeing tower on top of the mountain next to the park. There are many green areas, little lakes and even a cable lift in the park which brings you to the top of the mountain where you can get up the tower and enjoy a fantastic view all over Dalian. This huge park is most beautiful during the months April and Mai when the trees start to get their white and rose blossoms and the countless colorful tulip beds are uncovered.

One of the main attractions in Dalian is Xinghai Square. It holds the world record for the largest city square in the world. It is surrounded by tall metal illustrations of all the Olympic disciplines. The square directly ends at the sea; from there you have a great view at the Xinghai Bay Bridge. The main attraction of Xinghai Square is a wide monument which looks like an open book or a half pipe, and a few steps to the west there lies a beach. Near the square are some restaurants, cafes and also the Dalian Shell Museum. After dark the whole area and the buildings around are beautifully lighted and you have a nice view at the impressive Castle Hotel, which looks like taken out of a fairy tale.

Of course Dalian has to offer many beaches. Unfortunately I only managed to get to Fujiazhuang Beach so far. It is a beautifully arranged, wide beach with tons of yellow sand. At first I had to dismiss all of my prejudices about Chinese beaches at once, the beach and the water were very clean; there were Chinese people sun bathing and even some guys out for a swim. Needless to say, that all beach restaurants and bars were still closed and had some maintenance work going on in preparation for the soon-to-start tourism season.

Another very unique place in Dalian is the so called Fisherman’s Wharf. It’s a small district at the sea where all buildings are in the style of European colonial times. The whole area has a very nice, you can nearly say romantic, atmosphere with all its lovely architecture, small alleys and cozy cafés and bars next to the piers of the small harbor. The harbor itself holds some wooden fishing boats and has its own pleasant lighthouse.

Another must-see in Dalian is the Binhai Road. The road runs along the south edge of Dalian, winds between the ocean and hills and is in total 32 km long. It’s divided in several parts and holds the world record for the longest costal boardwalk. It connects many attractions at the shore and host a very scenic view.  There are other worth seeing attractions in between like the Forest Zoo or the Tiger Beach Ocean Park. You can walk the whole Binhai Road by foot, but I wasn’t feeling too sporty that day so I preferred using the city bus to get to the different spots.

So to conclude this internship in Dalian is not only a perfect chance to get work experience and to boost intercultural awareness, I found out that you really can enjoy life over here.

If you also want to have an amazing china experience in beautiful coastal city Dalian or in one of our other great cities in China, Apply Now! 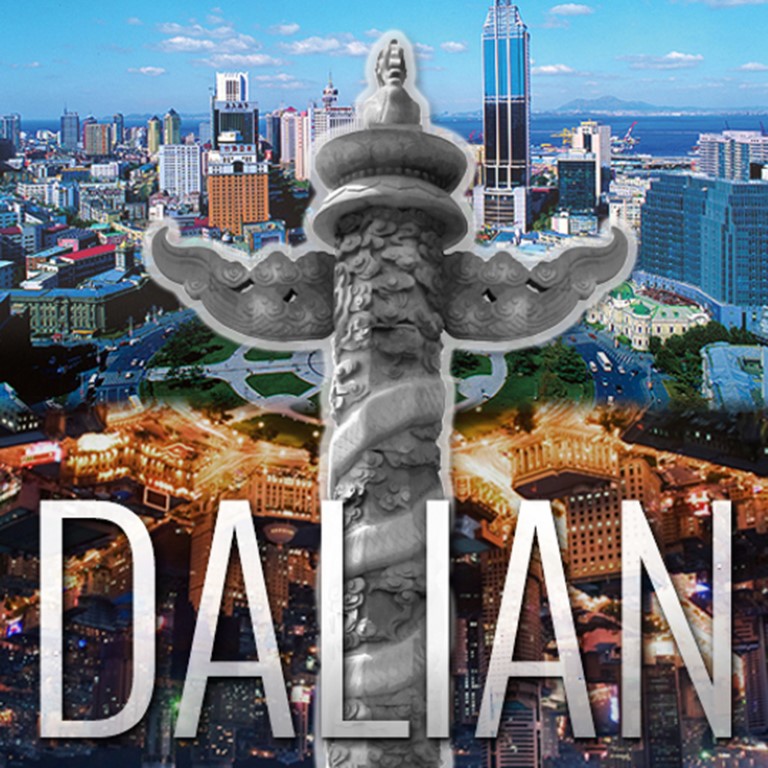