Mid-Autumn Festival, the “Zhongqiu” festival is the one of the traditional family-gathering-days for China. Every 15th, August of the Moon Calendar, Chinese people will gather around and have moon-cakes with their families while enjoying the glorious full moon. Already in 《Rites of Chou》, a chefdoeuvre of Confucianism in Chou Dynasty, has “Zhongqiu” been mentioned.Like other Chinese traditional festival, the mid-autumn festival also has some beautiful tales, among which is the most famous one: Chang e Gone to the moon.

So get ready and have your tissues on standby, I am going to tell you the swooping love story of how the mysterious moon cakes came about!

It is said that in ancient times, there were ten suns hanging in the sky which never set. People got scorched and all crops died because of drought. When only factor 60 could save them, Humanity’s survival hung in the balance. One day a man named Houyi appeared, a great archer and hero. Legend says that he had the power, accuracy and strength only god could give. He climbed to the Mount Kunlun and shot down 9 suns one by one, then he shouted at the last one calling it a naughty sun, making it swear that it would follow the rules set by Houyi to rise at dawn and go down at dusk. After then people finally could live a normal and happy life.

Because of his heroic undertaking, Houyi earned the respect of people and also love. He married a beautiful woman named Chang’e. Loads of people, mostly hunters, came to his house, to learn archery from this legend. Among them was a villain called Pengmeng.

One day, Houyi went out to pay a visit to Mount Kunlun to learn some new techniques from a friend, he met a goddess of the high heaven halfway, who had already heard of his legendary feat. The Goddess gave him an Elixir of Life, which could grant immortality and make one ascend to god, as a reward for his magnificent deeds; however there was only one potion. Houyi didn’t want leave his wife alone in earth and become god alone, so he let Chang’e lock the elixir in his cupboard, and tried his best to earn another one for his wife. 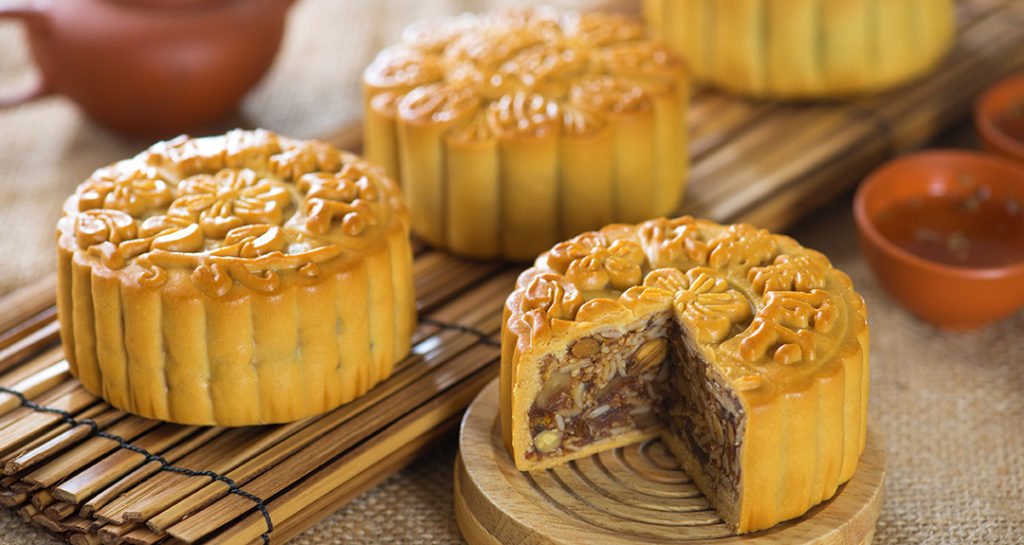 Some days later, Houyi and his apprentices went out to hunt, Pengmeng pretended being sick and stayed at Yi’s house. When they were all gone, Pengmeng threatened Chang’e to make her give up the elixir. Chang’e knew she could not beat Pengmeng, so she ran to the cupboard and drank the potion. Suddenly, Chang’e felt lighter, and rose from ground to float in the air. Slowly, she flew to high Heaven.

When Houyi came home, the maid told him what happened. He felt so sad and cried under the moonlight, suddenly he discovered there was a shadow of his wife in the moon. Since Chang’e also didn’t want to live far from her husband, she chose the moon as her goddess-palace, so she could gaze upon Houyi every night.

So in order to remember his wife, every 15th August , Houyi would set up an alter and put cakes and fruits of Chang’e’s favorites, and crooned of her name. And those people he saved also did so, to give praise and sympathy to this couple. 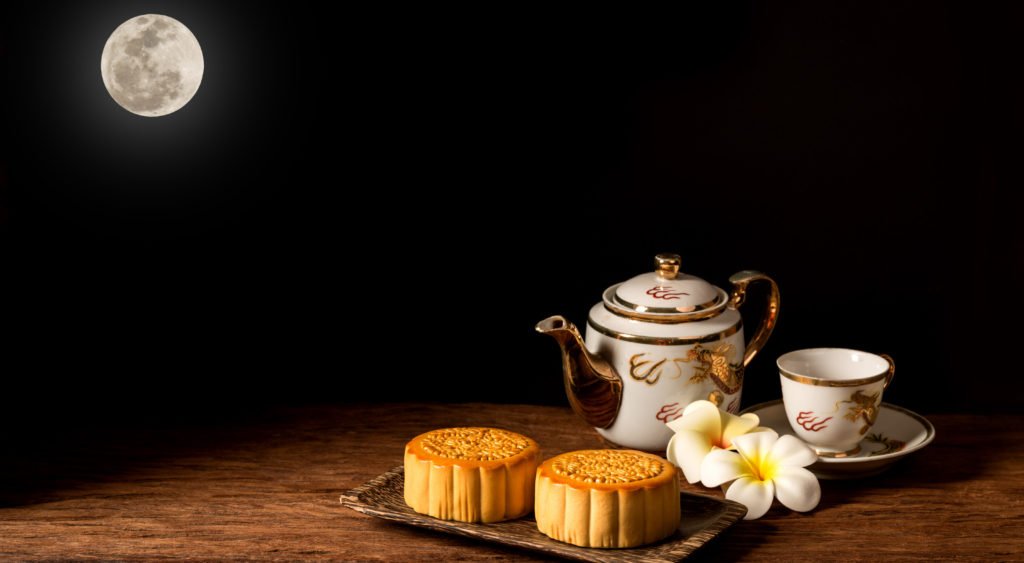 Gradually, this festival became a family gathering day. And for those who are less fortunate, those who are unable to have reunion, they can still eat the moon-cakes and enjoy watching the full-moon. We believe, since we are watching the same moon, the feelings will be delivered by the moon. Awwwwwwwwww.

Ok, so much for the old book. For our students, Mid-Autumn Festival is a good chance to improve relationships with your host-families. Just have dinner with them and enjoy the feast of moon-cakes (sometimes a little too sweet) under the moonlight. It’s what family-members do. Maybe even think of loved ones back home as you gaze at the sky remembering all the while that we are all under the same moon..