The Southwestern city of Chengdu, located in China’s Sichuan province, is known mainly for its fiery food and giant pandas. But what was once just one of thousands of the nation’s unassuming cities has become one of the biggest cities to watch in China.

With over 10 million people Chengdu is one of China’s largest cities. Chengdu is an integral part of the Sichuan economy responsible for an estimated 30% of Sichuan’s GDP, which grew 13% to RMB 813.9 billion in 2012.

More and more, second- and third-tier cities like Chengdu are on the rise for local and foreign investment, attracting tourists, businesses and new industries to the city.
Chengdu’s laid back culture, green environment and improving infrastructure, its subway line network which is currently growing, helped to attract a large amount of business to bolster its traditional commercial and tourism industries. 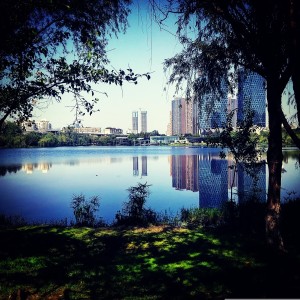 Chengdu has a prosperous manufacturing sector where over 100 of the world’s top 500 largest corporations have a presence. That is including companies such as Toyota, Motorola, IBM, Nokia, Siemens, Canon and Microsoft but also food and beverage companies, like Nestle and Danone Group, and medical giant’s like GlaxoSmithKline and Unilever.

Chengdu is already a hub of sorts for a lot of tech manufacturing. Somewhere between one-third and one-half of all iPads are sold around the world are assembled in Chengdu, while about half of Intel’s microchips are also made in the city.

The city’s “hi-tech development zone” has attracted about 29,000, of which 1,000 are foreign enterprises.

There is not really “one strong industry” in Chengdu, or even two or three, the city is on the rise and it almost seems unstoppable.