Written by Sylvia Liu
It’s been a bit over a month now since I first began my internship experience in Chengdu with InternChina, and I can easily say that this experience is definitely one that will be remembered!

Having travelled to many other Chinese cities before, Chengdu is a breath of fresh air; not literally however, but rather in the sense of its pace of life.

Chengdu meanders peacefully through each day; while other cities rush and are filled with spontaneity. That’s not to say Chengdu is less developed economically, quite the contrary! Just as its numerous shopping centres, nightlife and still expanding public transport systems like to prove. 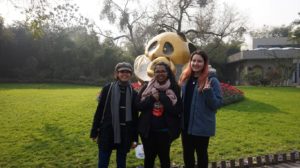 Personally I have found the pace of life charming. I have enjoyed spending my Sundays temple-seeing, sipping tea at monasteries, and nibbling on sunflower seeds while listening to the indistinct chatter of Sichuanese.

Food has also held a prominent role in my time here! You will be hard pressed to find a restaurant who won’t serve at least a bowl of chilli with the famous Sichuan Peppercorns along with your meal. 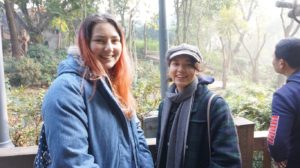 The old streets of Chengdu, the majority located in the inner South West of the city, are a delight to walk through. There is plenty of opportunity to snack on the delicious street food, while being surrounded by traditional architecture permeating with historical significance.

I believe that there is knowledge that can only be learned from doing an internship in China. In particular cultural proficiency, which is always a handy skill to have even if one does not pursue a career in international business.

Some of the more interesting tasks I’ve done at the company have included researching the potential of incorporating blockchain technology with gaming, as well as game testing for current beta projects.

The employees at the company are all very inclusive, and it is interesting to gain insight into general Chinese organisational culture. The food options available at lunch are an additional highlight of the workday. The local 7-Eleven is frequented often for its lunchtime pick-and-mix boxes! 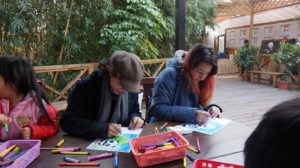 The people I have met in Chengdu have been the best part of my internship yet. Being able to meet people from all over the world through my internship in Chengdu is something I’m grateful for. I always look forward to spending time with the other interns or going to events organised by InternChina, such as Thursday Dinner, or even weekend activities outside the city. 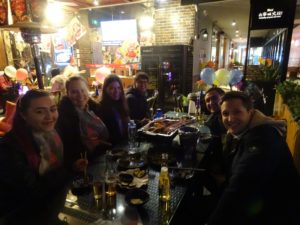 I can say with no doubt that it is the people I have met here that make this trip the enjoyable experience it has been!

Interested in seeing everything that Sylvia has during her time in Chengdu? Then apply now!