I’m Martin, a new Marketing intern at the InternChina Qingdao office. It’s my second time in China – I love this country ! I am also quite interested in fashion and the concept of counterfeits.
Before I came to China, I knew that China was infamous for its counterfeit items. In many countries and even in France, where I come from, the local authorities are working hard to reduce the amount of available counterfeit items. But the first time I came to China in 2016 in Nanjing, I was impressed how easy is it to find fake things and how it is displayed shamelessly by market seller on streets or in mall, or by people. Sometimes there can be some great high-quality fakes, sometimes there can be some really terrible fakes. Look at these Abibas and New-Barlun branded shoes ! Or this Abiboss sweatshirt (a great mix between Hugo Boss and Abibas brand) and this CEANHL bag, interesting Anagram. 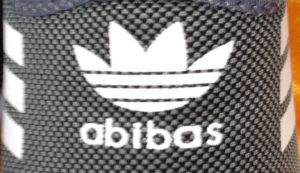 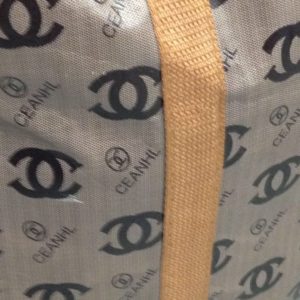 Where can I find fake branded things?

You can find these fakes everywhere ! You can find them on the internet on sites like Taobao, in souvenir shops, and also in big markets. In these places, you need to bargain. While you can find these markets all over China, I will talk about the ones I know in Shanghai, where you can meet so many foreigners eager to find cheap fakes. In Shanghai, so many French visitors come to the market that some sellers have even learnt how to say the prices in French ! The starting price can be as much as five times higher than the true value of the item. 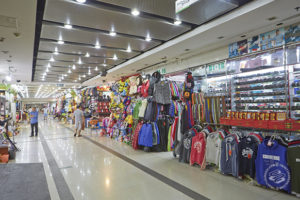 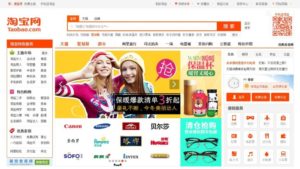 What products can be counterfeit?

Well-known and luxury brands are often imitated – you can find a lot of fake Louis Vuitton and Chanel products. You can also find fake tech, including cheap Beats by Dre and even fake smartphones ! There have been copies of the Apple iPhone called Goophone on the market. Even worse, in 2011, a string of fake Apple stores were found across China. In the same vein, in Qingdao, i’ve seen a lots of fake branded shops, in a mall that seemed normal, like a lot of copy of Polo brand. Or a Enzo shop. (Just one K and its ok)

This trend of counterfeit products is not just a few sellers in markets. It can be considered a serious business model here in Chins. Due to a mix of history, culture and a pragmatic economy, business based on fake and pirated products has its own name in Chinese : shanzhai.  The Shan Zhai model works thanks to more than 60% of Chinese people living in rural areas that are imitating the consumption trend in urban areas. This model has allowed some companies to break into a new market. For example, we can talk about Tencent’s QQ instant messaging service which is a carbon copy of the Israeli messaging service ICQ. Now, QQ is one of the most popular instant messaging services in China, and floated on the Hong Kong stock exchange in 2004. Indeed, it is for some companies a way to start with nothing by pushing down the cost of R&D and then implement new features to existing products to better fit the local needs and expectations. Some people defend the Shan Zhai model, saying it brings economic and social benefits by providing customer more choice at lower price. Foreign companies complain about the lack of strict rules concerning property rights in China, and trying to push Chinese governments to strengthen their control over counterfeit.

If you are interested to visit fake markets and experience China, don’t hesitate: https://internchina.com/apply/