Traffic Light Countdown Displays
China’s traffic lights display the number of seconds left for those who are crossing or waiting to cross the street. Many foreign countries do have this, making it more inconvenient for pedestrians. 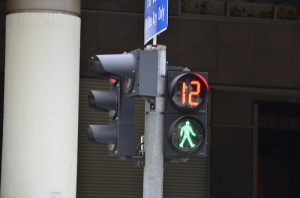 A Big Place to Explore

If you haven´t been to China before you rarely can imagine how much land China really has. Taking a bus or train from the south to the north of China doesn´t just take a couple of hours, it takes a couple of days, of course depending on where you are going to. I just remember my friend which said: “Let´s go to Shanghai by train and have a great weekend there”. My answer was: “If you want to spend the whole weekend in the train I´m in”.

Haven´t been invited to a typical chinese lunch or dinner yet? Then you definitely missed something. It´s not only delicious it´s even more and there will be such a variety of all kind of different food on the table that you will have problems about with which you start trying. But the best about it is to share all the food with others which makes it a really unique experience. 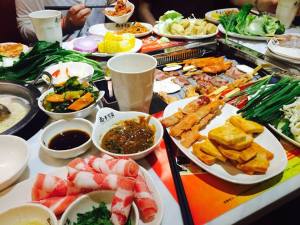 Forget Amazon, forget ebay and everything else what you are used to in western countries you’re your online shopping experience. Whether you are looking for a human hamster wheel or rather a spaceflight, on Taobao you can find nearly everything.

Some facts:Taobao Marketplace had more than 5 million registered users as of June 2013 and hosted more than 80 million product listings. For the year ending March 31, 2013, the combined gross merchandise volume (GMV) of Taobao and Tmall.com combined exceeded RMB 1 trillion. 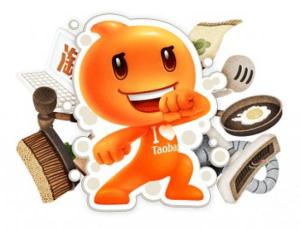 Running along the beach while enjoying the sunshine and the fresh smell of water and one second later a guy with a bycycle drives by with a big music box on the front of his bike. Yes in China music matters and whichever public place you will be at you´ll find someone listen to music and yes, chinese people even share the music.

You will also find lots of free dance classes in the outdoors in squares and parks, where you can just join in and learn some new fantastic moves, even if the moves are old fashioned and surrounded by pensioners.