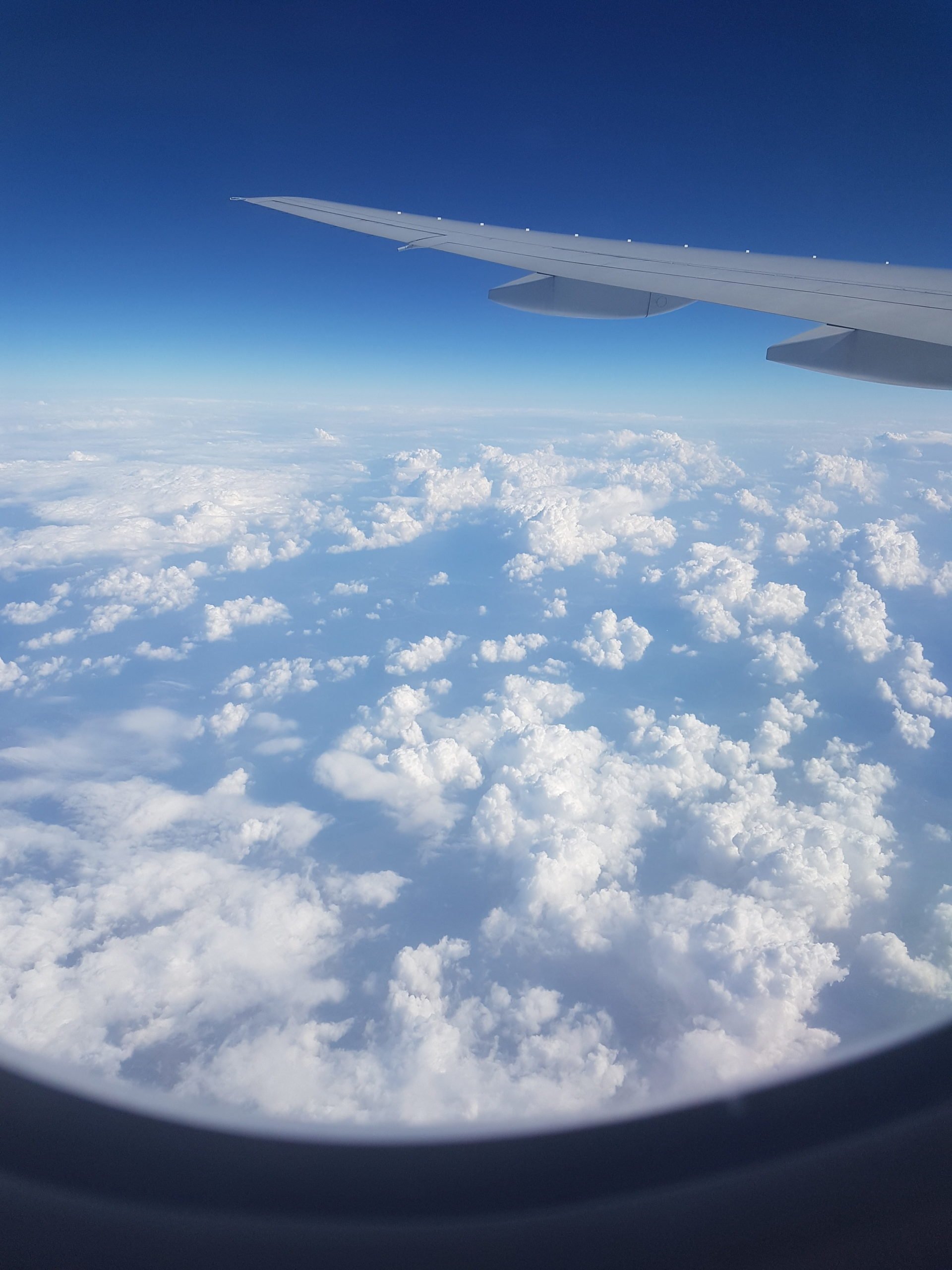 Hello everyone ! My name’s Audrey and I come from Strasbourg, France, and I just graduated with a Bachelor degree in Trade in the European Environment. As part of my studies I already had the opportunity to do an internship in Shanghai in 2015, and this was by far my most memorable and rewarding experience! The idea of going back again to China has been haunting me since, s0 now I’ll be interning in the Zhuhai office for 6 months!

I always had an interest in Asia, I could not explain it, it is just a part of me! My trips to Shanghai made me fall in love even harder. Before I arrived in Zhuhai, I wasn’t stressed at all- I waited for so long after being offered the role that it felt much more like a release to finally arrive! My adrenaline level was at its height when I jumped in the plane and made my way to Zhuhai via Hong Kong and Seoul. At the airport, my roommate and fellow office intern picked me up and brought me home!

It has been 1 week so far and Zhuhai is better than expected. The people are nice and welcoming, the food is delicious, the views are stunning and the relaxing vibe is amazing!  The IC office staff are always keen to help and explain anything I need to know. Although I got overwhelmed in the beginning of my stay, the more time passes by, the more this experience seems like to be the opportunity I needed to move on and find my path. I kind of struggled with English at the start of my stay, but time will help and now I feel more at ease with people. Especially as I can enjoy the nightlife here with people from all over the world! 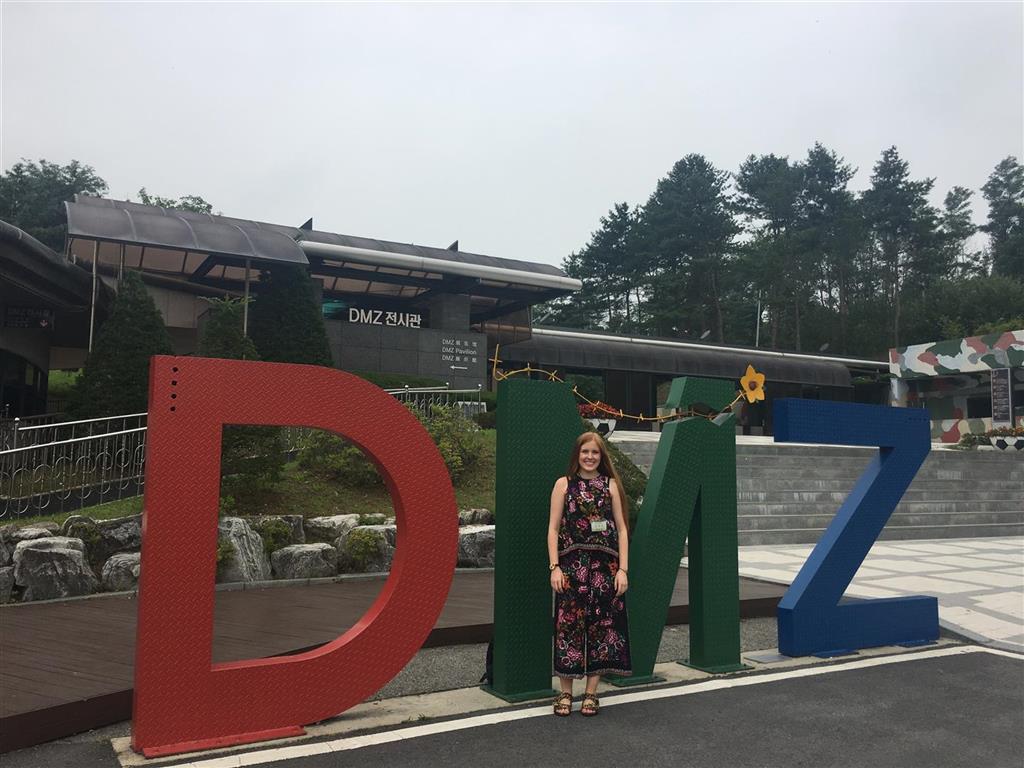 If you’re lucky enough to be interning in Qingdao, and you have a multiple entry visa or are looking to renew your current visa, you can take a short vacay to South Korea and explore the incredible city of Seoul.
With the journey only lasting just over an hour and 16 flights every day at reasonable prices, there is no excuse not to visit! I marked the half waypoint of my internship by heading to the Land of the Morning Calm for a weekend of shopping, sightseeing and eating all the delicious Korean food in sight!

This blog post outlines some of the main attractions in Seoul, and also personal opinions from my visit to the city in July.

A wide variety of accommodation is available in Seoul, from quirky hostels to Gangnam style luxury hotels! Personally I always prefer to stay in hostels, especially when I am solo travelling, as it gives you a greater chance to meet new people to explore with. I checked into a clean and tidy 4-bed dorm in a cute little hostel in the university district of Hongdae. It cost less than $10 a night and was a great base to explore the city and experience Seoul’s crazy nightlife! Here is a cool site which gives you some tips on where to stay in Seoul: https://triphappy.com/seoul/where-to-stay/84746.

There are tonnes of sights to see in Seoul and the surrounding area, including Gyeongbok Palace, Insadong, Itaewon, War Memorial and the Blue Palace. For me, the key attraction was a tour to the DMZ; to see the border of North Korea with my own eyes, and hear the stories of war from local people.

My visit to the DMZ included visits to the Imjingak Park, where the Freedom Bridge to the North is located. It is hoped that one day the bridge will be opened and people will be able to travel freely between the North and South. It is quite a surreal environment, as you are constantly aware that the world’s last isolated nation is so close, yet it is also very commercialised with a range of shops, restaurants and fairground rides in the area. Other major sights include the 3rd Infiltration Tunnel, where North Korean soldiers tried to invade the South by using explosives to create a direct route to Seoul. A number of these tunnels have been found, but the 3rd is the most popular one to visit, as it is the longest and deepest. The North have previously claimed that they are natural formations…

The tour concluded with a visit to the Dorasan Observatory, on a hilltop looking toward the North. There are a series of binoculars allowing you to view the nearest village in the North, Kijŏng-Dong or Peace Village. During my visit, it was quite surreal to see normal people in the street going about their daily business through the binoculars. Dorasan Station is nearby with the tracks already in place for trains to start travelling to Pyongyang.

You can do the DMZ tour comfortably in half a day (with an early start), so once you arrive back in Seoul you have the whole afternoon to explore the city. The sobering Korean War Memorial should be next on your to do list. More of an extensive museum than memorial, with huge military displays of tanks, planes and guns. Given the high tensions on the Korean peninsula, and that a peace agreement has never actually been signed, the Korean War Memorial is a very relevant attraction to visit.

The city is also to home to Gyeongbok Palace, which is probably the most famous in Korea. It’s located at the end of Sejongro, and is also nearby the Blue House (President’s residence) and Bukchon Village. The palace was built in the late 1300s, and has been destroyed and rebuilt many times since. It is a beautiful spot, and you can spend a few hours wandering around the grounds admiring the traditional Korean architecture.

No trip to Seoul would be complete without a spot of shopping. Three major department stores dominate the shopping scene: Lotte, Shingsegae and Hyundai. You can purchase a variety of goods within these stores, from clothing to make up to Korea’s beloved kimchi (spicy fermented cabbage). Wide, straight boulevards dominate the city, but a quick wander into the little laneways in their shadows and you will find plentiful quirky Korean stores, selling all kinds of merchandise. Aside from the department stores, expat-friendly Itaewon and Insadong are also very worthy of a visit to pick up more authentic Korean goods.

Seoul is frequently regarded as a world leader in cosmetics: it is often referred to as the Silicon Valley of skincare, due to the high tech ingredients and futuristic formulations. Therefore if cosmetics are on your to purchase list, your first stop should be Myeong-dong to explore the hundreds of beauty boutiques that occupy the narrow streets. Popular K-beauty brands like Innisfree, Face Shop and Etude House are in their abundance, with enthusiastic staff welcoming you in store with offers of free facemasks and samples galore.

One last of the last things I would recommend tourists do in the city is visit the four main animal cafes. You can go to dog, cat, sheep and raccoon cafés in Seoul! As a massive dog lover, I went to Bau Hause where you can cuddle over 20 different dogs ranging from Chihuahuas to Golden Retrievers. The café is divided in to small and large sections so you can spend time with whatever dogs you are most comfortable with, all whilst enjoying a coffee!

Finally, Seoul is an amazing city with plenty to do, tasty food and incredibly kind people. If you’re interning in Qingdao, with a multiple entry visa or looking to renew your current visa, and fancy a short break away you should definitely consider a visit to the city with soul! 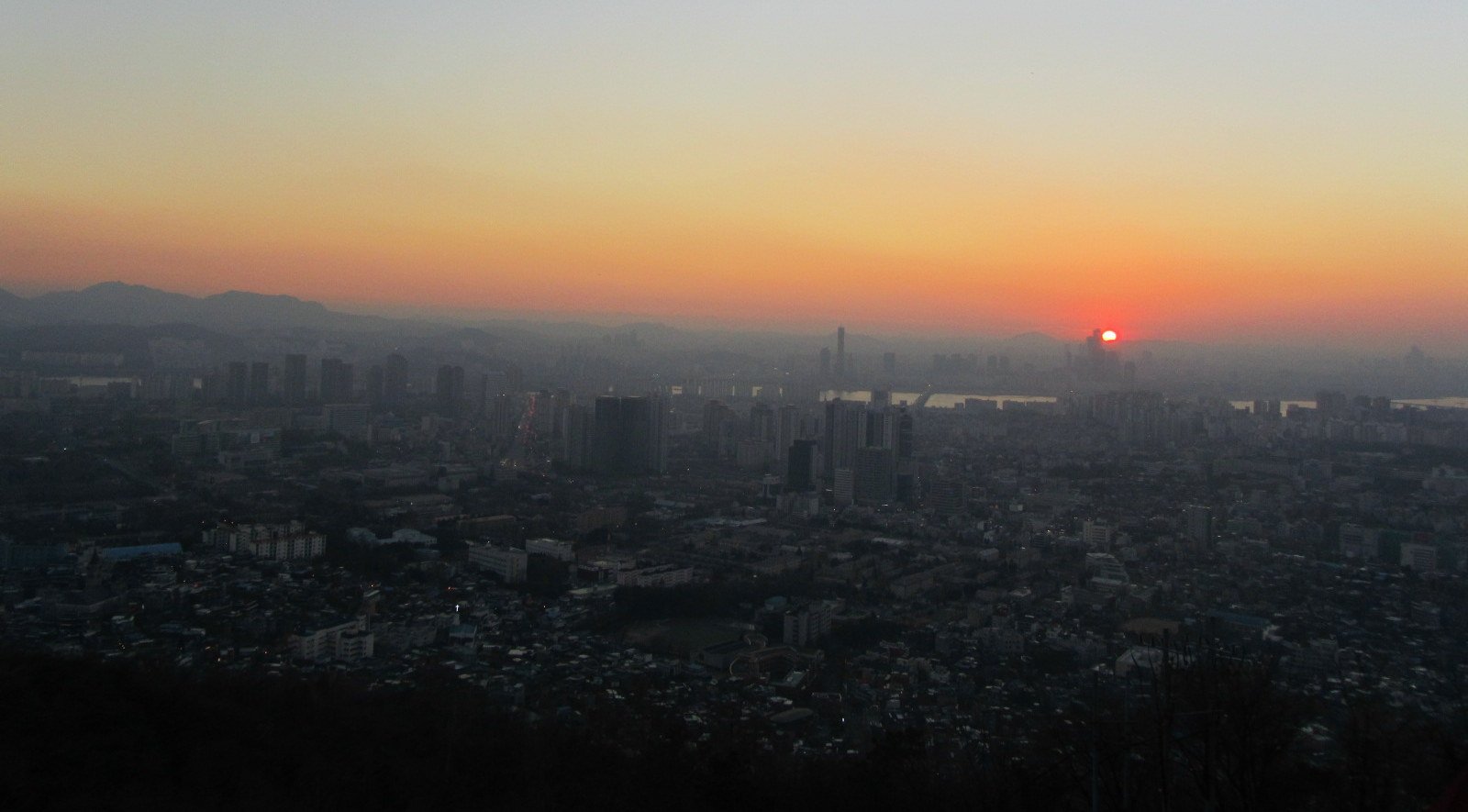 During my recent trip to Seoul, South Korea, I was introduced to the Korean part of Asian culture. Although I never expected it, South Korea feels like a totally different world compared to China.

The first thing I noticed when I jumped off my plane is that Korean citizens look a lot more like westerners than the Chinese do. They have a higher nose, lots of them have bigger eyes and unusually western looking chins. This might be due to the fact that South Korea has the world’s highest rate of cosmetic plastic surgery! And this is no secret as you’ll find adds everywhere in metro and subway stations.

The second thing I realized was that Korean streets seem to be boringly civilized. After 3 months in China, I am no longer used to cars that stop because I want to cross the road and people watching me weirdly when I try to make eye contact with the drivers or when I start my zig-zag run through the cars to get to the other side of the street.

And believe it or not, Korean people actually stand in line to wait for the bus! If the bus driver feels that the bus will become over crowded, the bus driver will kindly request the other passengers to wait for the next one. In Korea, no one would push you or push in to get onto the bus, it never became full at a point where no one was able to breathe.

Difference between Korean and Chinese languages

The third thing is that Korean phrases seem to be endlessly long. Hello, in Chinese “Ni hao”, is “annyeong-hasimnikka” and thank you, in Chinese  “Xie xie” is “kamsahamnida”. You will realize that there are other dialects that exist and make you feel even more confused when they start talking to you.

After this trip, I am really glad to be surrounded by Chinese all the time. In comparison to the length of the phrases, the Korean characters seem to be quite simple and look more like letters of a comic to me. Chinese signs are an art itself with the incredible amount of lines and dots in each character. Since these characters have surrounded me for more than three months now, I think the Korean lettering actually look a little blunt. But nonetheless I guess it is much easier to learn Korean as it uses an alphabet (Hangul) that only consists of 24 consonants and vowels.

Seoul is a great spot for vacation during your time in Qingdao. You can either travel by plane which takes about 1 hour or by ferry, both are amazingly cheap. Here is a cool site which gives you some tips on where to stay in Seoul: https://triphappy.com/seoul/where-to-stay/84746.

The Korean culture was quite easy for me to adapt to. The fact that the people actually love to follow our known rules of behaviour, actually made this trip feel like vacation at home. But after a little while, I realized that I am ready and looking forward to going back to Qingdao. I want a real adventure and I guess this is where China really excels.

Want some more? Read our blog about the differences between China and the UK.

Want to find out what kind of adventures China has in store for you? Then Apply Now and see for yourself!