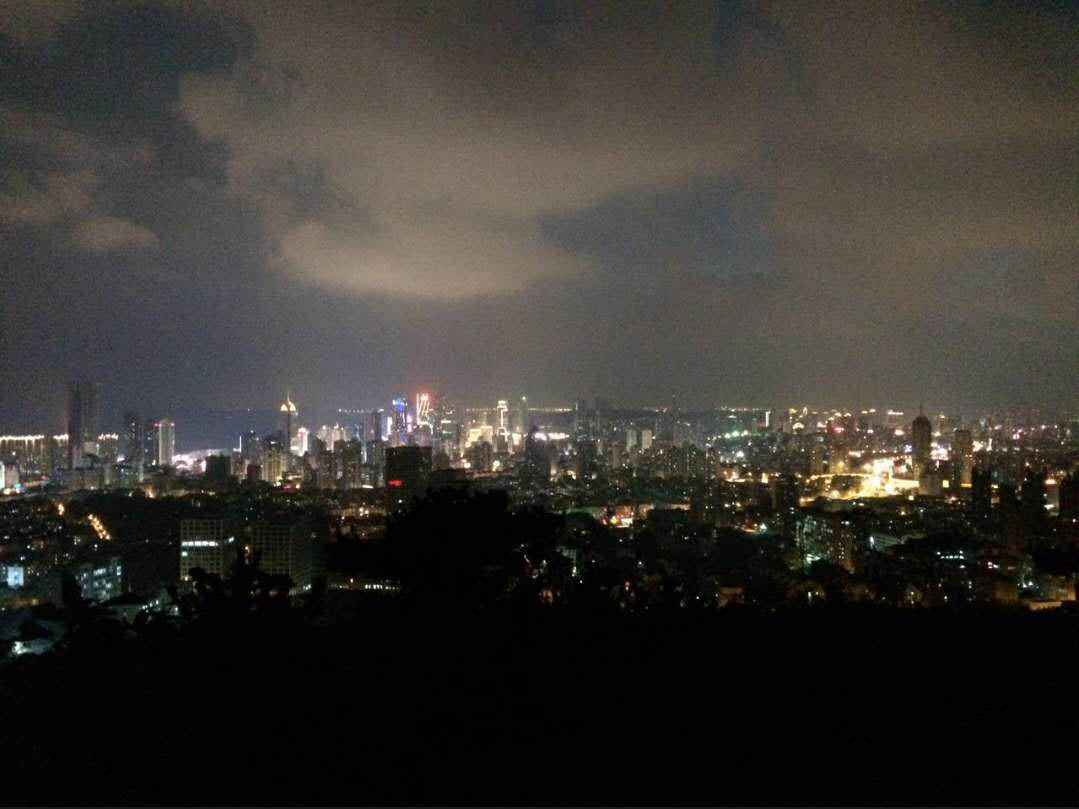 Start of Nhung’s Internship in Qingdao

大家好! My name is Nhung, I’m 21 years old and I have just started my internship at the InternChina office in Qingdao. I am from Germany, and am currently studying Modern East Asian Studies at University. I am here in China to do a language program as part of an exchange program for a year.

Before coming to Qingdao I did a little research on different cities in China and most websites said that Qingdao is one of the cleanest and most liveable cities. They also mentioned that Qingdao has some of the most satisfied and pleased citizens in China, as well as an agreeable climate and beautiful beaches. So far, I can confirm this. The pollution isn’t too bad, summers aren’t too hot and winters not too cold. However, what has impressed me the most is the Chinese people with their kindness.

On my arrival day, back in September, my flight from Beijing to Qingdao was delayed and by the time I arrived it was too late for me to check into my universities accommodation. As I was standing on the streets a little bit lost, I asked the first person I saw to help me find a hotel for the night. Luckily for me, she was fluent in English, something I later found out to be a rare thing. She not only helped me find a hotel, but also walked me there and checked in for me. She was an example of how kind the Chinese are and gave me a first great impression of China.

While at University learning Chinese, I made a lot of new friends. One of them told me that he did a program called Generation UK in Chengdu last year. He said that it was through a company named InternChina and was funded by the British Council. These are two companies which constantly work together. Now he has received a scholarship through them to learn Chinese for half a year in China!

After being introduced to them I took the opportunity and applied to do an internship with them as well.

I’ve been in Qingdao for six months now and I still wake up with this feeling of being on an adventure. There is always something new to discover or learn every single day.

If you are also interested in an internship in China, get more information about your possibilities here! 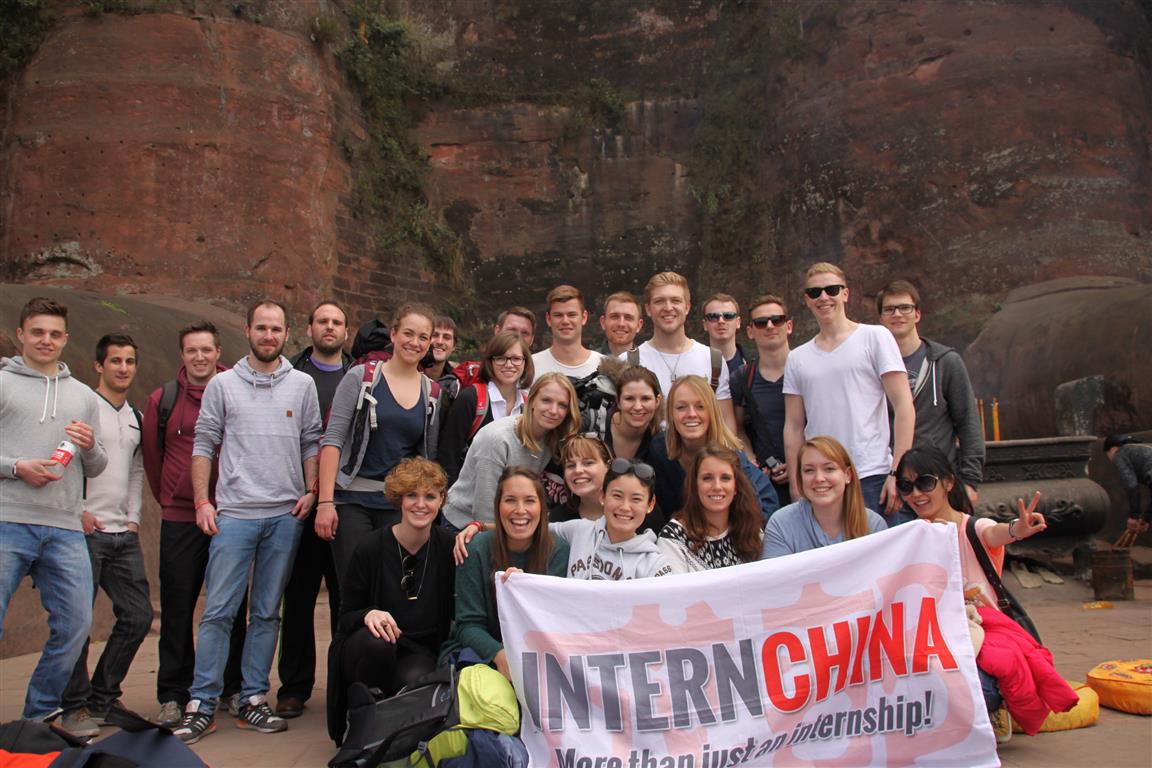 More than just a Group Program

In the beginning of March, InternChina had the pleasure of hosting 19 students from the German University “HS Heilbronn”. Since I started my internship at InternChina in Chengdu in the beginning of February, I was still involved in some of the planning and organization of this Group Trip. Therefore, I was even more excited to meet all of the students in person and have a great time with them. Finally, the day of their arrival came and we were waiting at the airport to give them a warm welcome. 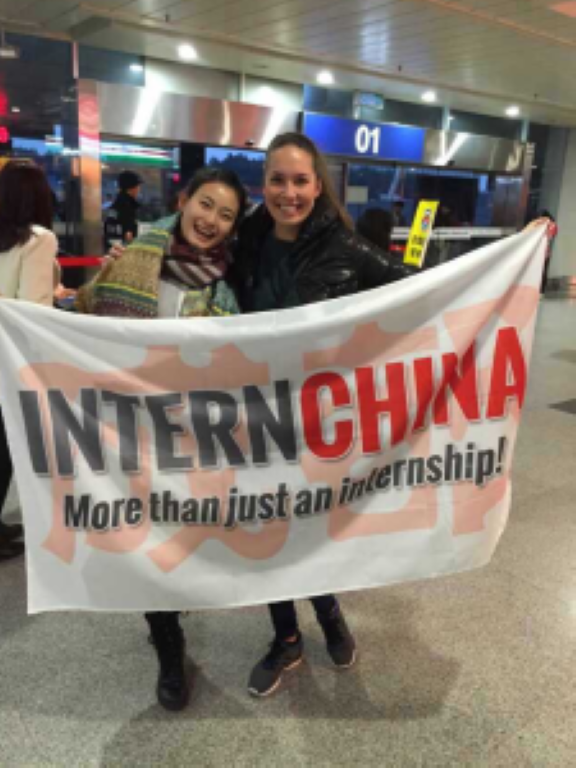 The welcome was really exciting (some of the guys literally entitled me as a Whooo girl – sorry again guys, I could not hold my excitement :D) and we had a great welcome breakfast and orientation with all of them in one of the most coziest cafés in Chengdu. After the breakfast, finally all of the Chinese host families arrived and picked up their new family member :). Everybody was really excited and nervous at the same time, but the host families gave each of them a really lovely welcome and made them feel very comfortable.

The next days were full of great and exciting activities in Chengdu. Starting with the daily Chinese classes in our partner language school in Chengdu. 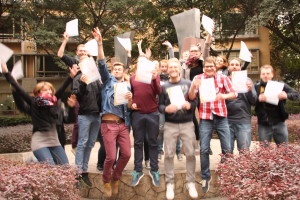 The students made great improvements and even presented some of their Chinese skills in the end which was so much fun :). Furthermore, we visited plenty of companies in Chengdu to give the students an authentic insight into the Chinese business environment. It was great to find out more about the differences in business between Western and Chinese culture and being able to ask as many questions as we wanted (Again, a massive thank you to all of the interesting companies in Chengdu)!

And of course there were a lot of fun activities to enjoy the Chinese culture and get a deeper understanding of the life in China. The Group participated at a Chinese painting and Dumpling making class which was a lot of fun. We went on a weekend trip to Mount Emei and climbed up 50,000 stairs within two days (hope this still goes under fun activities :)) and stayed at a Temple in the middle of nowhere. This was such an unforgettable experience for all of us. We never had such a feeling of happiness when we arrived at the Golden Summit of Emei Shan. And of course visiting the Research Panda Base in Chengdu was a great highlight for many of the students.

I believe that this was an amazing time and that is was more than just a two week group program in China – It was amazing to meet all of you :). Thanks again to all of the students who made those two weeks really unforgettable :). It was great to have you and we hope that we can welcome many of you in Chengdu soon again! 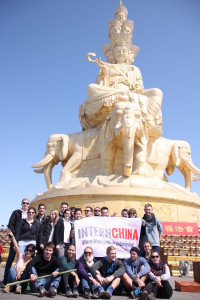