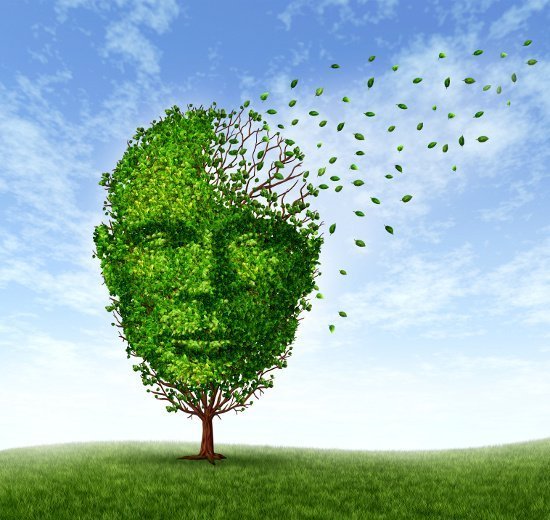 Hear It From the Companies: Guanxi & Mianzi

Congratulations! You have acquired an internship in China! By now, you must have researched all about how to successfully communicate and work with your soon to be Chinese co-workers. Through the research you have gathered, you must have read about “face’’ and “guanxi’’ a lot. Well, here’s a bit more, with tips and advice from two of  our partnered companies here in China!

What is Guanxi or Mianzi?

Here is a quick introduction for those that don’t know these two concepts. Guanxi, or “relationships,” is used to describe relationships in their many forms. These can be between friends, families, or businesses.

You can read more about the concept of guanxi from James here, but it is absolutely essential to conducting business and succeeding in China.

Mianzi or “face”, explained here, is so important in Chinese social, political,  and business circles that it can literally make or break a deal! It can be translated as “honour”, “reputation” and “respect,” and the concepts are deeply rooted in the Chinese culture.

So how do you achieve Guanxi and Mianzi??

There are a few ways you can better your guanxi and gain some mianzi- read some comments from our partnered companies on how best to do it! 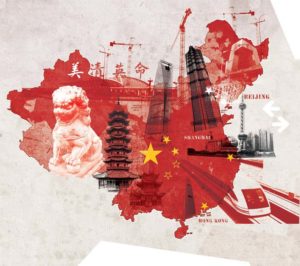 The lifestyle and the business environment in China is different than it is in the West, so have an open mind for your new lifestyle here in China. You need to try being patient and understanding of your new cultural surroundings and work with potential language barriers.

Ask lots of questions while you are at your internship! Don’t worry about bothering your new co-workers, they want to help you, so ask away!

You should also engage in conversations while you are at social events, such as dinners, with your coworkers- this a great way of building your “guanxi!” However, you should remember to keep your questions reasonable and appropriate for the situation. You don’t want to ask any questions which might embarrass or cause your coworkers to lose face themselves.

Even though you might not know much about China in general, the city you are in, or the language, you can always do a bit of research to show you care enough to learn. This might mean doing some research before you visit, and continuing to ask questions and engage while you are there.

“Offer to buy dinner or go out to eat, and asking for help with and opinions on your work.” – Education company 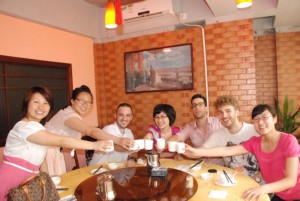 But this doesn’t need to be anything fancy! Even something simple such as grabbing some nice dumplings or noodles at lunch can do the trick. Spending some quality time with your co-workers will be good for your guanxi and networking, and for your daily working life! If your coworkers ask you out for dinner after a long day of work, take the chance and enjoy a good meal and conversations- you will build your guanxi, mianzi and social circle!

Finally, ask for help when you need it. This is still an internship! You aren’t expected to know everything, so don’t be afraid to ask for advice when you don’t know something. Asking a colleague will show you are engaged and interested in the work, and they will appreciate sharing their knowledge of the task with you and gain face. It’s as great to earn as it is to give face!

Feeling ready for that internship now? Best of luck and enjoy your time in China! 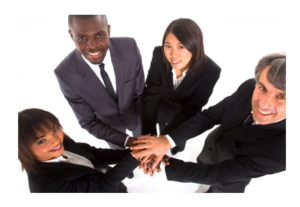 Don’t have an internship yet? Check out 5 reasons why you should get one in China! 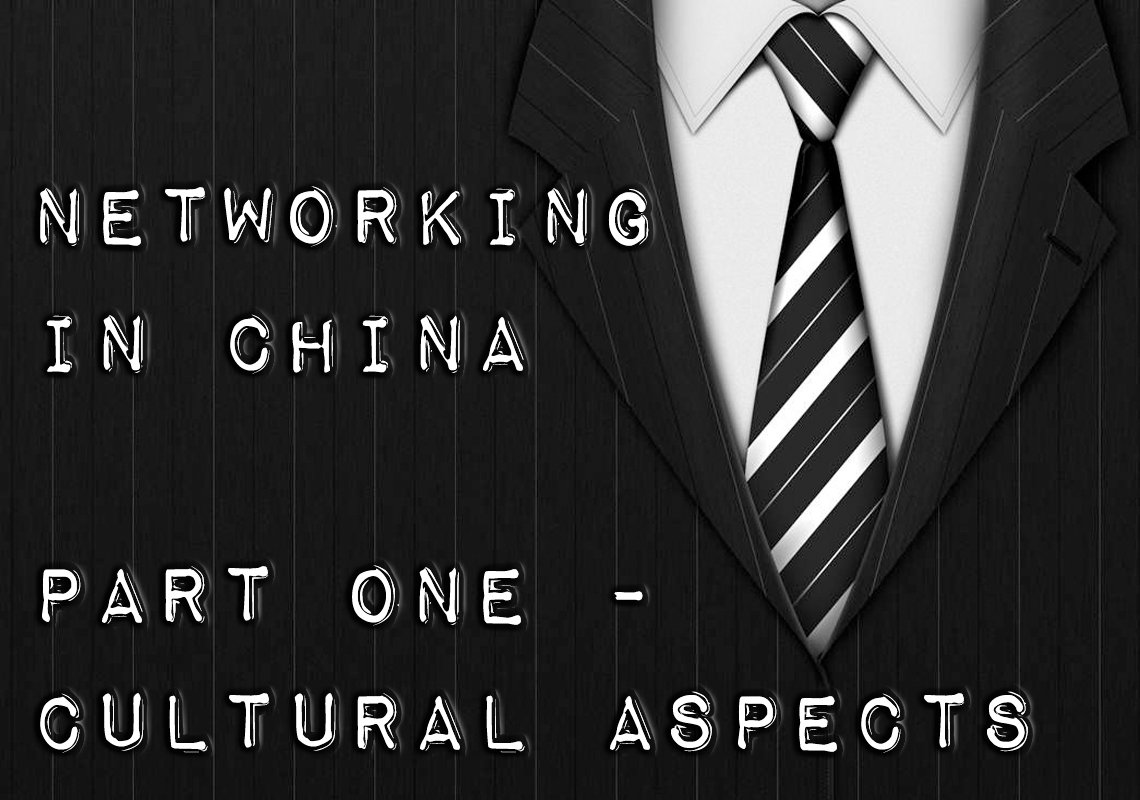 Networking in China is very similar to networking in the West with a few key cultural differences. Lets explore the cultural side first (part one) then move onto the strategies of working a room (part 2).

Guanxi – you may have heard this word before but weren’t quite sure what it meant… well its basically the concept of ‘who you know’, we know of this in the West but its ten times more prominent in China and should not be ignored… With a good network of contacts in China you can accomplish anything, without Guanxi you will fight against the tide.

So, now you know why networking is important in China.

I will write another blog about Guanxi in the near future so stay tuned if you’re interested!

Mianzi – This is the notion of ‘face’ in China. Every Chinese person’s main goal is not to lose face.. every Chinese persons second main goal is looking for ways to gain face.
When networking, if your new Chinese acquaintance invites you to a dinner or an event then an outright refusal would cause loss of face. If you really can’t attend then I suggest a neutral phrase like ‘Sounds awesome…I’ll check my schedule and get back to you’.
Again, I will write a blog about this concept of ‘face’ very soon and go into the finer points because it is very important when you are trying to form new relationships (business or otherwise) with the Chinese.

– Always give and receive business cards with two hands, thumbs holding the corners
– Make sure the writing is facing the receiver
– When you receive a card, study it for a few minutes and show interest.. pretend you’re off American Psycho and compliment the paper quality and off white colouring.
– Don’t immediately put the card in you front pocket or bag and certainly not in your back pocket (akin to sitting on their face). Ideally, if you were seated, you would place it on the table infront of you in an aligned fashion to show respect. Failing that, your suit jacket pocket, failing that, your shirt pocket, failing that, fail.

– BONUS TIP – its vital to have your Chinese name on your business card.. if you don’t have a Chinese name, get one! There is nothing worse than seeing a Chinese person lose face trying to pronounce your awkward foreign name.. trust me, with a name like Jack Graham Fairhead, I know!
To save face I have acknowledged my name to be a whole range of synonyms:
Jake Greem Fire Head
Jackie Gra Ham Fair Heed
Jack Grrr Farrr  <- Promising start but crashed and burned

Names – I hope you have a clear mind going into this section because you will come out betwixt.
So, when a Chinese person introduces themselves to you they will state their last name first and their first name last, which may be 2 syllables.

Lets say a Wang Jianguo introduced himself to you, his family name is Wang and his given name is Jianguo.

You should never call someone only by their last name.. also don’t call them by their first name… you can address them by their title then surname i.e Mr Wang, or Wang XianSheng, or Wang Jing li (manager Wang) or as their full name Wang Jianguo.

You may also see Chinese people referring to each other as ‘Lao’ Wang or ‘Xiao’ Wang, where Lao means senior/old and Xiao means junior. Seniority is commonplace in Chinese culture.
Their culture places emphasis on showing respect to seniors and care for juniors.

Women’s names can rarely be distinguished from men’s and so it is polite to use a courtesy title along with their name;
Furen = Madam
Nushi = Ms
Xiaojie = Miss
Mei nu = pretty lady (not to be used in a business context!)

Personal Questions -If you have struck up a conversation with a new Chinese friend then don’t be alarmed if, within minutes, they start to ask you questions which we deem to be personal in the West. Such as ‘how much money do you earn?’, ‘Are you married with Children?’, ‘Do you have a house?’, ‘Which Spice girl is your favourite?’ and so on.

Just answer honestly or deflect their questions by asking them the same question right back!

So now you know the basic cultural standards of dealing with the Chinese in a business/networking context the next part of this blog will be a savvy guide on how to approach a room full of people at a networking event. Stay Tuned!

To put networking into practice, apply now for an internship in China.