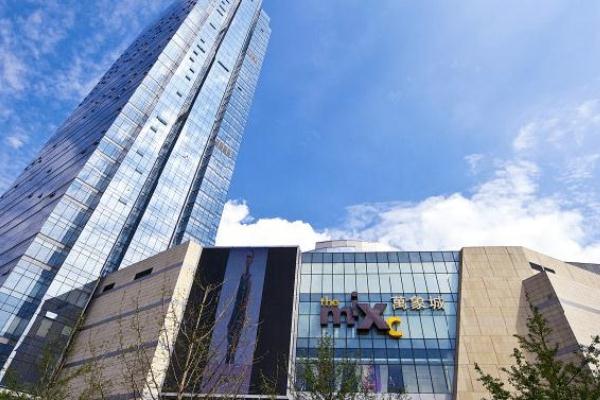 Events in Qingdao, Qingdao Blogs, Qingdao Eating Out Guide, Qingdao Nightlife, Things To Do in Qingdao
Posted on 18/05/2015

On April 30th 2015, China’s ninth and the largest MixC shopping mall had its grand opening in Qingdao. The first MixC opened in 2004 in Shenzhen, South China and since then they have opened other branches around China. MixC developer China Resources means “the great land of China, endowed with abundant natural resources”. China Resources Land Limited is one of the most powerful comprehensive real estate developers. The new shopping mall is located on Hong Kong Middle Road, one of the main routes in Qingdao.

So what makes this particular subdivision of MixC in Qingdao so special? Apart from the fact it contains the world’s 3rd JOYPOLIS indoor theme park (other 2 in Tokyo and Dubai), yes a rollercoaster in the middle of a shopping mall! Inside the huge shopping mall, it also includes the most expensive cinema investment in China (with four kinds of special effects rooms including IMAX and 4D) and an Olympic standard size ice skating rink which is going to host the Skate Asia 2015. There are over 400 popular fashion stores, dining restaurants, cafes and entertainment/leisure facilities in this gigantic plaza.

Qingdao is located in East China, Shandong province. It is a small city compared with other Chinese cities. However, the establishment of MixC luxury shopping mall will hopefully help to develop the city even more than it already has in recent years. “We want to build a good public space for Qingdaonese, where people not only come to shop, but can also have a coffee, watch a movie, or even do nothing at all and just stroll around. It will be a good place for leisure and entertainment in Qingdao.”-Dave Chen (General Manager of Qingdao MixC). Ref: Redstar

For more blogs about whats happening in our cities click here.