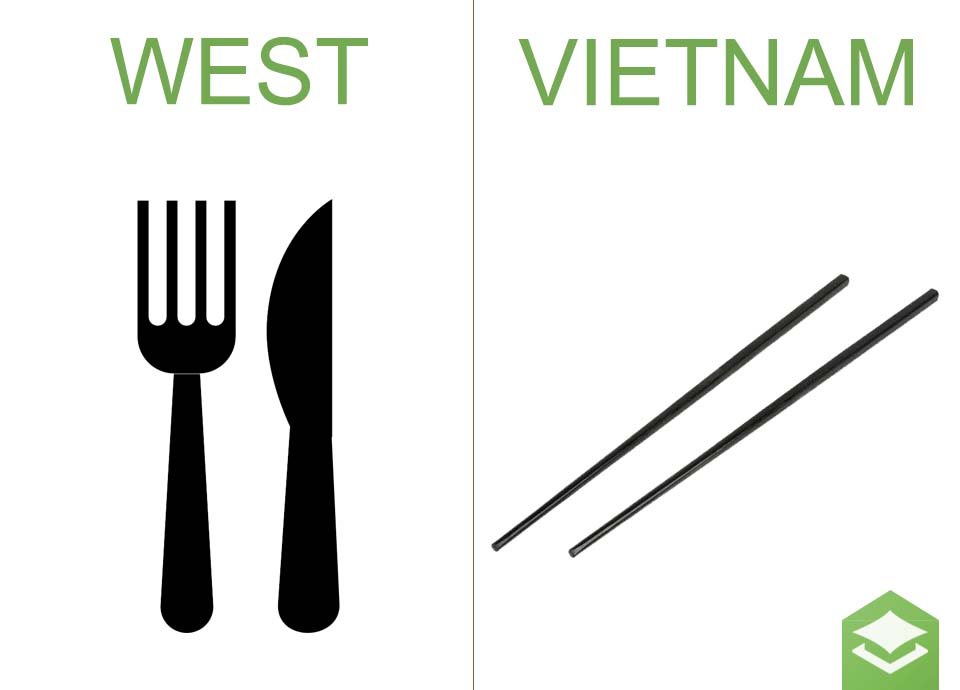 Cultural Differences Between the West and Vietnam

As can be expected when travelling to the other side of the world, many things will be different. From eating and drinking, to socialising and relationships, expect a lot of cultural differences!

In the West, if you make much noise when eating it may be considered rude and bad manners. However, in Vietnam the more noise the better! When eating a particularly delicious bowl of noodles, locals can be heard slurping. 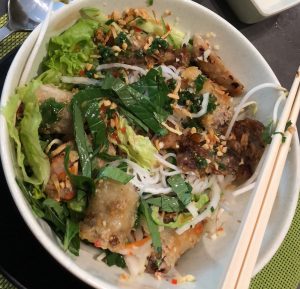 Whilst your birthday may be considered the most important celebration in the West, in Vietnam it is peoples death day when celebrations take place. During this time they will worship ancestors, prepare a big meal and get all the family and relatives together.

In the West we have no particular routine of introduction, aside from maybe a formal handshake or an embrace with a close friend. In Vietnam however, shaking hands is less common, especially with the opposite sex. When introducing yourself, it is important to greet the elders first before then the younger individuals.

As I’m sure you are aware knives and forks become a rare sight once you enter the Eastern world. You can expect to eat all your meals with a spoon and chopsticks! This may take some getting used to at the start but after a few meals no doubt you will be a pro! 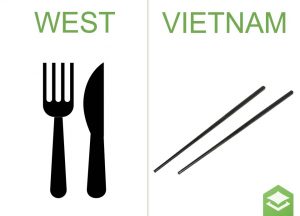 In Vietnam, you will rarely see husband and wife, or boyfriend and girlfriend showing affection in public. This is considered inappropriate and should be kept to private areas. Very different to the West where you can see a whole variety of PDA!

Want to experience Vietnamese culture for yourself? Apply Now! 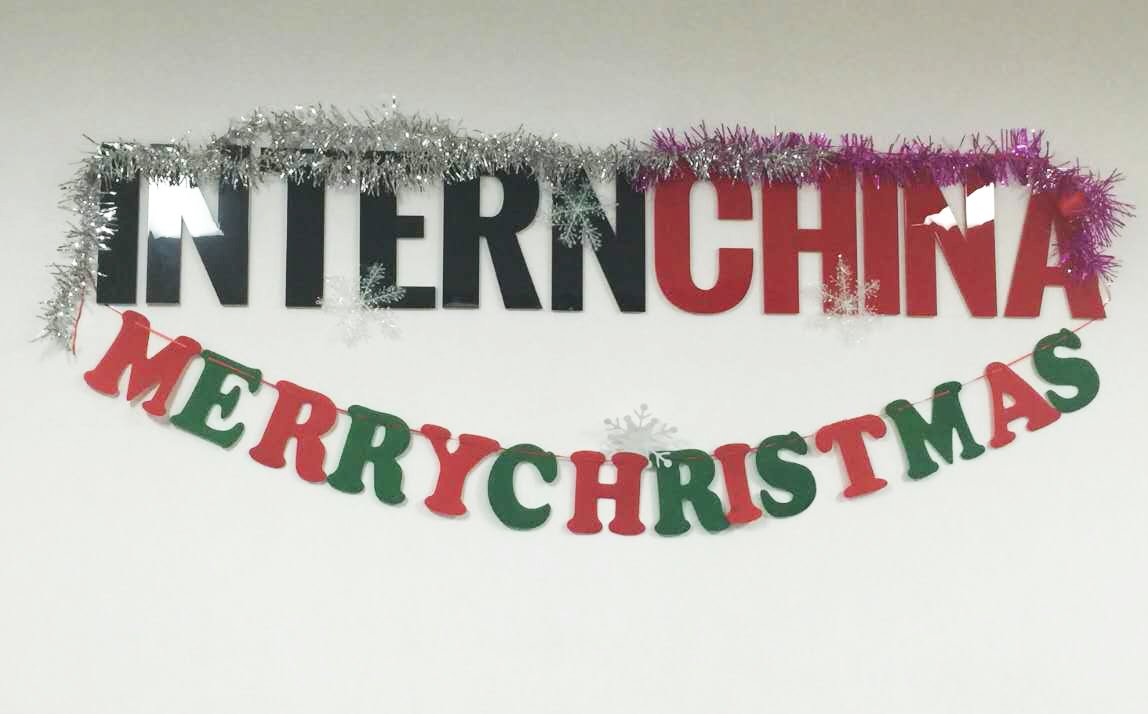 Christmas in China was very different from myself and the other interns are used to. After a few discussions about the differences in an Irish, Spanish and German Christmas, we ended up thinking about the very obvious differences we were going to experience in China.

The first huge difference is that sadly Christmas isn’t a holiday in China, however the period is still full of the usual craziness I have come to expect from Qingdao. Hong Kong and Macau however do celebrate Christmas on the 25th December with a public holiday!

Christmas Eve, a quiet night in with family for me at home and the day of the main event for the Spanish and German interns, sees apples sold in brightly coloured paper because the Chinese for Christmas Eve, “Ping An Ye” (meaning quiet or silent night) sounds similar to the Chinese for apple, “Ping Guo”. Secondly, in the food court beside the Qingdao office it would seem that unfortunately, Jingle Bells is the only Christmas carol known.

While Christmas isn’t widely celebrated across China, it is becoming more well known and in the cities which are aware of the holiday the decorations are big and beautiful. There is certainly very little evidence of the religious aspects of the holiday, however the traditional icons such as trees, lights, snowmen and reindeer appear everywhere. Some Chinese people know the Christmas tree as a “Tree of Light”, and they are often decorated with paper chains, flowers and lanterns, rather than the usual baubles, angels and tinsel.

Christmas for many in the West is an obvious religious holiday as well as being a time to spend with family and friends, but for those in China who do choose to celebrate, it is a time for family and friends with very few people actually being aware that Christmas is a religious holiday. I was invited by a Chinese friend to attend church on Christmas Eve though which I found surprising!

One major concern for us was the lack of Christmas markets, but luckily for Qingdao we had our very own traditional German market to attend… complete with glühwein, a nativity scene, a huge Christmas tree and ” weckmännchen” (think of a fat gingerbread man, made of bread, complete with a small clay pipe.)

Our weekly Thursday dinner was spent trying to find a suitable substitute for a traditional Christmas dinner… but of course, what was traditional for each of the interns was very different. There were an abundance of both Chinese and Western restaurants offering Christmas dinner and buffets, so we were spoiled for choice either way. In Qingdao and Zhuhai we were lucky enough to have a traditional home cooked Christmas dinner, and Chengdu were treated to a Christmas buffet, so the Chinese food didn’t disappoint on this occasion!

Some of the Qingdao interns also took a trip to Harbin over the Christmas weekend to visit the Ice Festival, while Zhuhai spent the weekend practicing their archery… so none of us had a “traditional” Christmas, but we had fun experiencing something new! Among the crazy decorations, continuously amazing Chinese food and good company, Christmas in China was another fantastic experience for all of us.

Now to see how New Year’s Eve is celebrated!