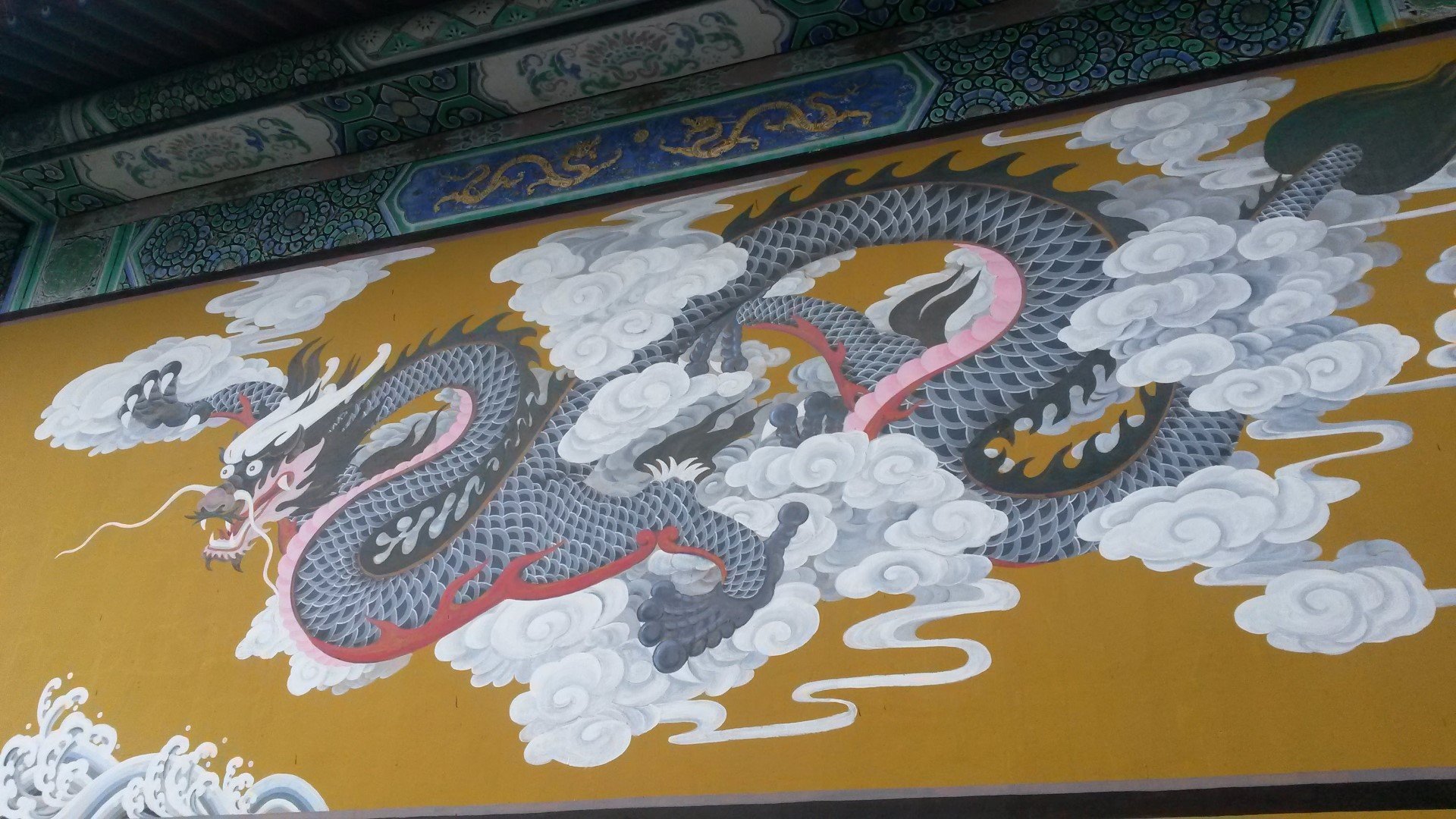 Our attempt at Dragon Boat Racing

Saturday 5th December was meant to be a big day. My first organised trip taking the InternChina interns out to do some fierce Dragon boat racing on Doumen lake. I had it all planned down to a tee.Meet at 11.30am at the bus stop; 12.30pm arrive at Doumen Lake; allocate exactly one hour for lunch; then get on the lake and play some team games.
There were whisperings of potential rain over the weekend but I ignored them. Being from England, it rains ALL THE TIME and a little bit of rain never hurt anybody. However it did have the potential to cancel our Dragon Boat Racing plans…

Half way through the journey, we received a call from the company saying that Dragon Boat Racing had been cancelled because there was torrential rain and it was too dangerous to go out on the lake. This was so unfair. In an effort to make the best of a soggy situation and still have our day out, we made a detour to the Jintai Buddhist Temple which was close by.

Located at the highest peak of Huangyang Mountain in Zhuhai, over looking Yamen seaport, this was everything you imagined a Buddhist temple to be. Surrounded by tranquil waters and picturesque scenery, all that missing was a Chinese Erhu playing in the background to our exploration.

Under reconstruction after being destroyed during the Cultural Revolution, Jintai Temple was slowly being restored to it’s former glory. Brightly coloured with intricately painted designs and spiritual figures, it was growing into a memorable piece of work.

For me, however, Jintai’s highlight was it’s unassuming restaurant located near the entrance. We wondered in, damp and hungry to be greeted by an old man with a beaming smile.

We asked him if there was a menu, he said “No”.

We asked him how much the food was he said “Any price that you want to pay”.

To say that we were confused, was an understatement. After 5 minutes of translation between us we realised that this was exactly how this restaurant operated.
There was no menu, only a vegetarian buffet available and we did only need to pay what we thought the meal was worth.

The food was homely and comforting and the staff were so friendly and helpful, despite our cluelessness. When it came to paying the bill, not being told how much to pay definitely made me more generous than I would be otherwise. This is a very good business idea.

While my initial plans for Dragon Boat Racing may have been swept away to sea, our trip to Jintai Temple was certainly a successful alternative.

Until next time for another InternChina Zhuhai adventure….. apply here to join us! 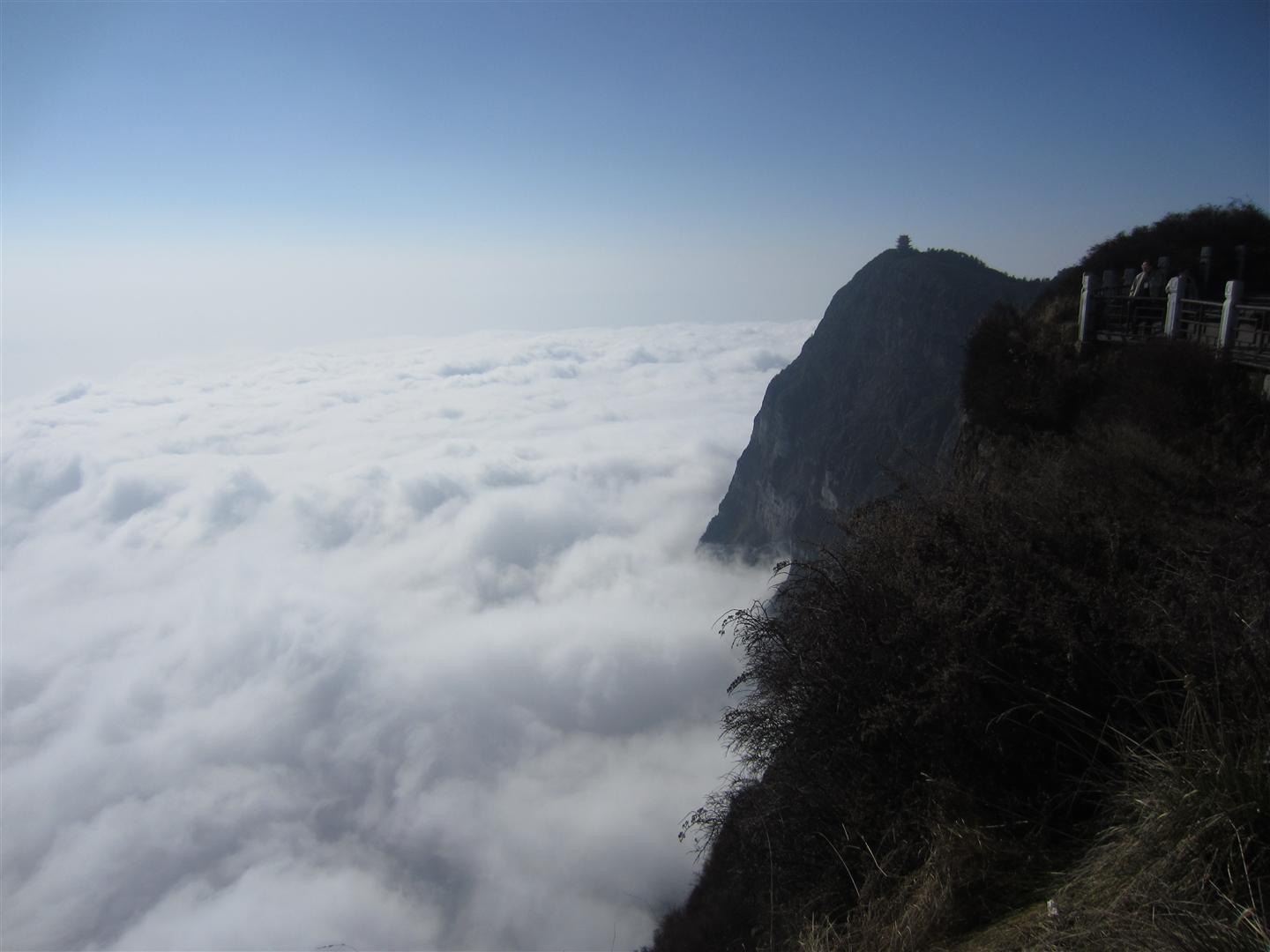 Three Chinese, one Waiguoren and one Mountain – Emei Shan

It was one of my last weekends here in China and my host-family planned to go to Emei Shan – Unesco world heritage since 1996 – to show me the beautiful view on top of the mountain.The journey began on Saturday morning at 6 o´clock. We took the bus to get to the city right next to the mountain. Quite early but mei you shijian (no time) because we only had one day to climb up.
Three hours later we arrived at our hotel room which I shared with my Chinese family. Kind of an adventure I thought, but fun nevertheless…

While having a walk we got to a beautiful forest area with hidden temples. One of them – quite interesting and something have never seen before – was run only by female Buddhists.
It took me a while to adjust to the walking speed of my family because my host-mum loved taking photos – of everything and everybody all the time!

So at the end of the day we were exhausted, but still had enough time and energy for delicious Chinese BBQ. It only cost us 16 RMB for about 30 various sticks. One of the things which makes me love China. Well fed and satisfied we fell asleep early as we had to get up again at 6 am the next morning to conquer Emei Mountain.

Because my family isn´t that sporty we decided to take the comfy way: Bus and cable car up to the top! It took us 3 hours anyway…
But even during those few steps we had to take, we saw some cheeky monkeys taking food from tourists, beautiful valleys and a lot of other Chinese people who all tried to catch a photo with me… No worries, I got used to that!

Finally we arrived at the golden summit and got to see the bluest sky – including a sea of clouds – you can only imagine, leaving the Chinese pollution and fog right behind us!
It was so cold that we only could take pictures with gloves on to catch every moment of that perfect scenery. For example, the golden Buddha surrounded by dozen of monks praying for healthiness, money and a long life.

We walked around and took pictures as not to forget a single corner of that beautiful area. And of course we had around 20 kg of snacks, soups, noodles and sweets to kill for lunch – which we enjoyed under the sun we hadn’t seen back in Chengdu for the last few days.

But unfortunately we only had two hours up on the mountain before taking the same way back home!
The next time I definitely would conquer that mountain by climbing…
Bye Bye Emei!

Feeling up to the challenge? Come join us for an internship in Chengdu and Apply Now!