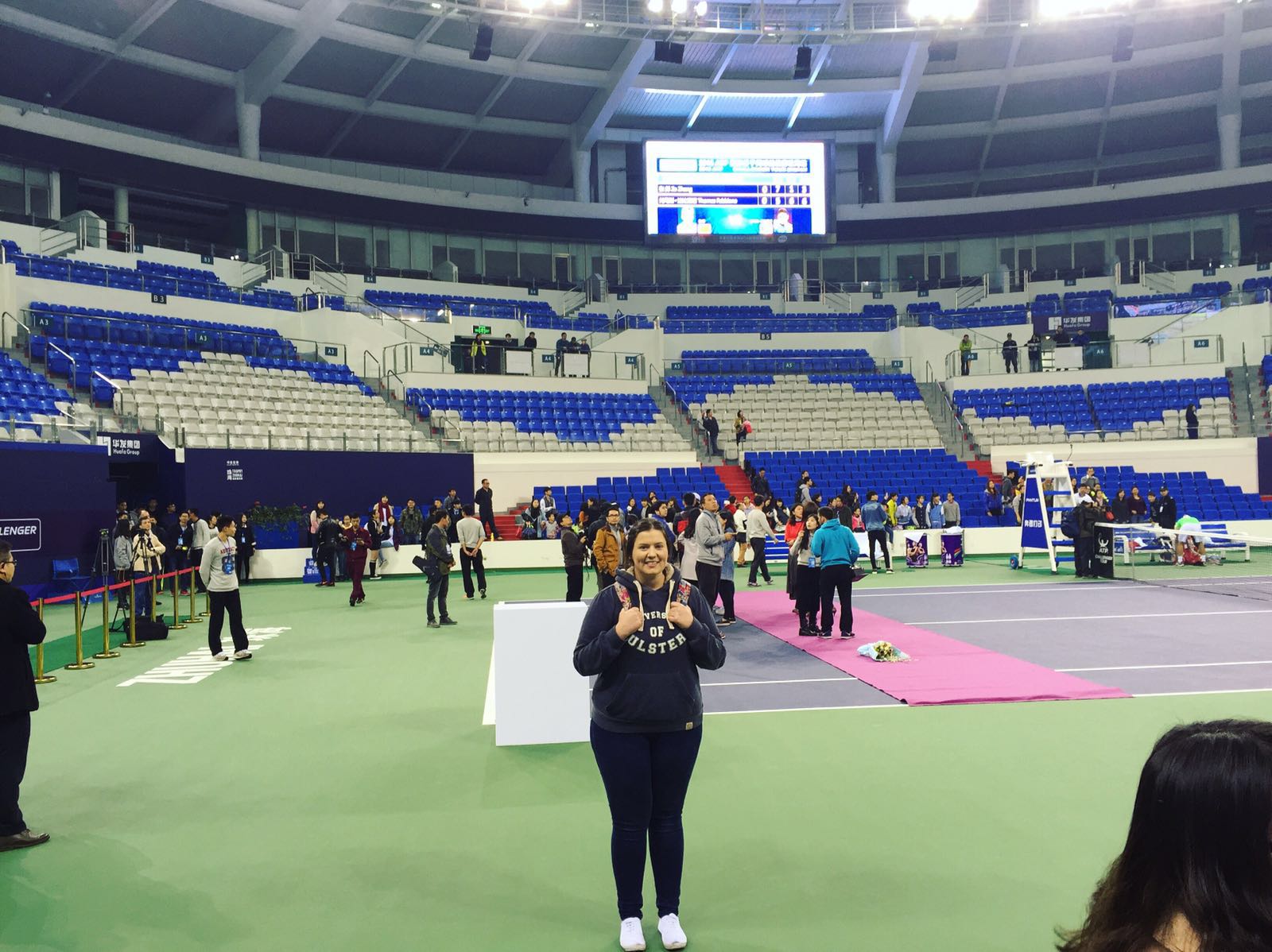 Ready to take on China!

So far my time in China has proved to be poles apart from what I initially imagined it would be. When I arrived in Hong Kong airport after a lengthy journey that began in Belfast, I was pleased to see all of the signs in the airport were in both Chinese and English. However, when arriving by ferry to Zhuhai, the dynamics changed completely, and finding any form of communication in English was like trying to find a needle in a haystack.

Luckily, I had Janice, a member of the Intern China team with me to help me get to the apartment, and the view from our balcony is awesome; at night you can see Macau in the distance.

The Intern China team were great in helping me get me settled in, and introducing me to my host company.Outside of work, there are many aspects of life in China that are different from the Western world.

Whether it’s the constantly 2 year-old child staring at you while on the bus, or the shopkeeper in the corner shop who glares at you when you’re trying, and failing, to read the Chinese writing on a carton of milk.

They are on the ground, and it’s basically a hole in the floor. You have to squat if you want to use the toilet. I’m not really sure whether to hold the walls or the floor to keep balanced; but once I find a good strategy, I’ll let you know!

The food is different

Noodles and rice everywhere. Literally, everywhere. Rice for breakfast, lunch and dinner. And rice cakes for snacks. It’s everywhere! There are nice markets close-by though where you can buy potatoes and veg. I tend to buy quite a lot of potatoes (Can you tell I’m Irish yet)?

You’re probably wondering how I’m using social media if it is blocked in China, right? Well, there are apps and programs called VPNs. They are networks that you can download to be able to access banned sites. They come in really handy, but can be a little temperamental at times.

Cyclists, everywhere. Buses, everywhere. Zhuhai is a very busy city, and getting to work in the morning can take quite a while! But it is a fast-paced city with so much going on; if you blink, you might miss something!

So far my time in China has been very eye-opening, and adjusting to life in a non-English speaking country has been one of the more difficult aspects. However, the important reason for being here is to learn about a new culture and embrace everything, because we live in a world with so many unique individuals and diverse cultures.

Being in China also gives you the opportunity to do things you wouldn’t otherwise get the chance to do, like using chopsticks, and learning (or in my case, trying yet failing miserably) to learn a new language. All of the cultural differences are staggering, but it is such a worthwhile experience, and going solo is one of the best ways to discover, because you are forced to do everything yourself.

One of the main benefits of being here is the support network that I have available to me. InternChina have been fantastic throughout the whole process of applying for the program, travelling to Zhuhai, and integrating me in to the new role and environment.

The Intern China team also arrange weekly activities, such as football games on a Tuesday night, Chinese language classes on a Wednesday, Thursday night dinners and larger weekend activities. Last week I met the rest of the interns in Zhuhai, and was able to go to the ATP Challenger Tour Final at the Hengqin International Tennis Centre at the weekend, which is a fantastic venue. There is also a great network of people over here, and it makes life in China a little bit easier.

Want to start you own adventure in China? Apply here