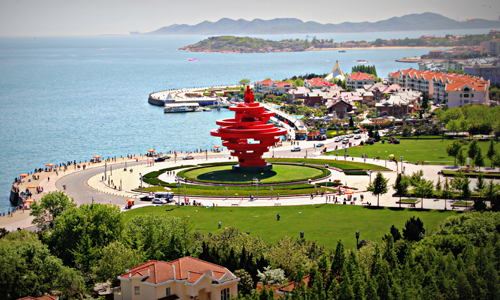 Qingdao- Grab a Tsingtao Beer at the night market

When you first come to China and Qingdao you will notice many things that are different in comparison to the so called Western. Important in my opinion are the small things. Already while arriving at the Chinese airport you will learn that the Chinese way of standing in line or as it is called here, “pai dui” differs from the more or less passive aggressive way back home. Here you will have to use your whole body and stand your ground and protect your position. That small nice looking Chinese grandma behind you, that will not hesitate to get into the ten centimetres gap that you left unattended to your predecessor in line.
You may start getting angry but suddenly you made it out of the airport and find a cab to get you into the city. But all of a sudden you will have a conversation with the cabdriver, and after he asks you the magical question where you are from, he will smile and give you a short introduction in your country´s shared history with China, it is their way of politeness

When I first arrived in Qingdao I was disappointed, where were all the pagodas? Where were all the dragon dancers, the fireworks and the traditional Chinese clothing, the typical old guy in the commie outfit smoking his cigarette sitting on a small chair in front of his apartment.

Qingdao just seemed to be one of those „small“  Chinese cities inhabited by only a „couple“ of million people. Skyscrapers everywhere and Western clothed people running busy in the streets or driving their European cars to work stuck in the traffic on their way to work. You end up asking yourself “what to do in Qingdao?”.

But then you get to know the city and the people better, day by day, walking through the streets, eating your first street food chatting with the Chinese, who really are friendly and kind and very helpful. For example, I once was on the bus and it was crowded, then a woman went inside in the back of the bus, and she gave her wallet to the people who passed it on to the front of the bus for paying and after that back again. This was done so naturally and left me speechless. In Germany I would never dare to give my wallet to someone that I don’t know.

You will walk under the shadow of old trees along the small alleys of Old Town, and you will find a couple of old folks sitting around drinking tea, smoking and playing Chinese Chess or Cards. All outside and together, laughing and always with that one guy standing behind the players with the expression of unlimited knowledge about the game on his face. Then you head to a small restaurant on a street corner, and on impulse, you order beer in a bag. Yes, I am talking about a plastic bag, full of fresh and cool draft beer!

You will hear people talking about the night market, as you did back in Europe and think of it as a magical place. Finally, you will get there and see everything, match your expectations, there are the red lanterns, there is the huge variety of different foods you heard of. Strolling around while eating a delicious lamp-kebab you find yourself asking the only question that matters: “Will I have ice-cream waffles after that?”. You will find things of high skilled craftsmanship, like beautiful carved combs, or if you are looking for it, a new case for your phone or sheets and blankets for your bed and a fan for the heat of the summer.

After that you will find yourself thirsty again leading up to the purchase of another bag of fresh draft beer, which you then carry around like your shopping purchases. You will head to the Beach near Lu Xun-Park with its beautiful small pavilions and wonderful trees, which is located right at the picturesque coast and its oddly shaped, reddish coloured plane rocks, where white crowned waves play around the cliffs.

I was so satisfied with the city, with the people and also the weather. I walked my bag of beer around the city blocks always on my way to the coast. Finally, on the way there I saw him, the old Chinese man with the white small beard and hair, sitting on his small chair in front of his apartment, wizened but wise, wearing a blue hat with a red star on it, barely looking at me as I was walking by, smoking his cigarette, as he does every day.

Then I arrived at the former teahouse, with its pagoda-like ancient architecture, in Lu Xun-park and sat down on a bench near a small square where couples were dancing to Chinese music and children were running around. In front of me the ocean of the Yellow Sea in my hand the bag of cool Tsingtao draft beer, on my mind the fresh impressions of the night market, while listening to the music of the dancers. And then I realised that although Qingdao is far away from home, it really isn’t that different from what I’d imagined it to be. It is the small things that matter and that I started to like and which I am happy for being able to discover, here in Qingdao. 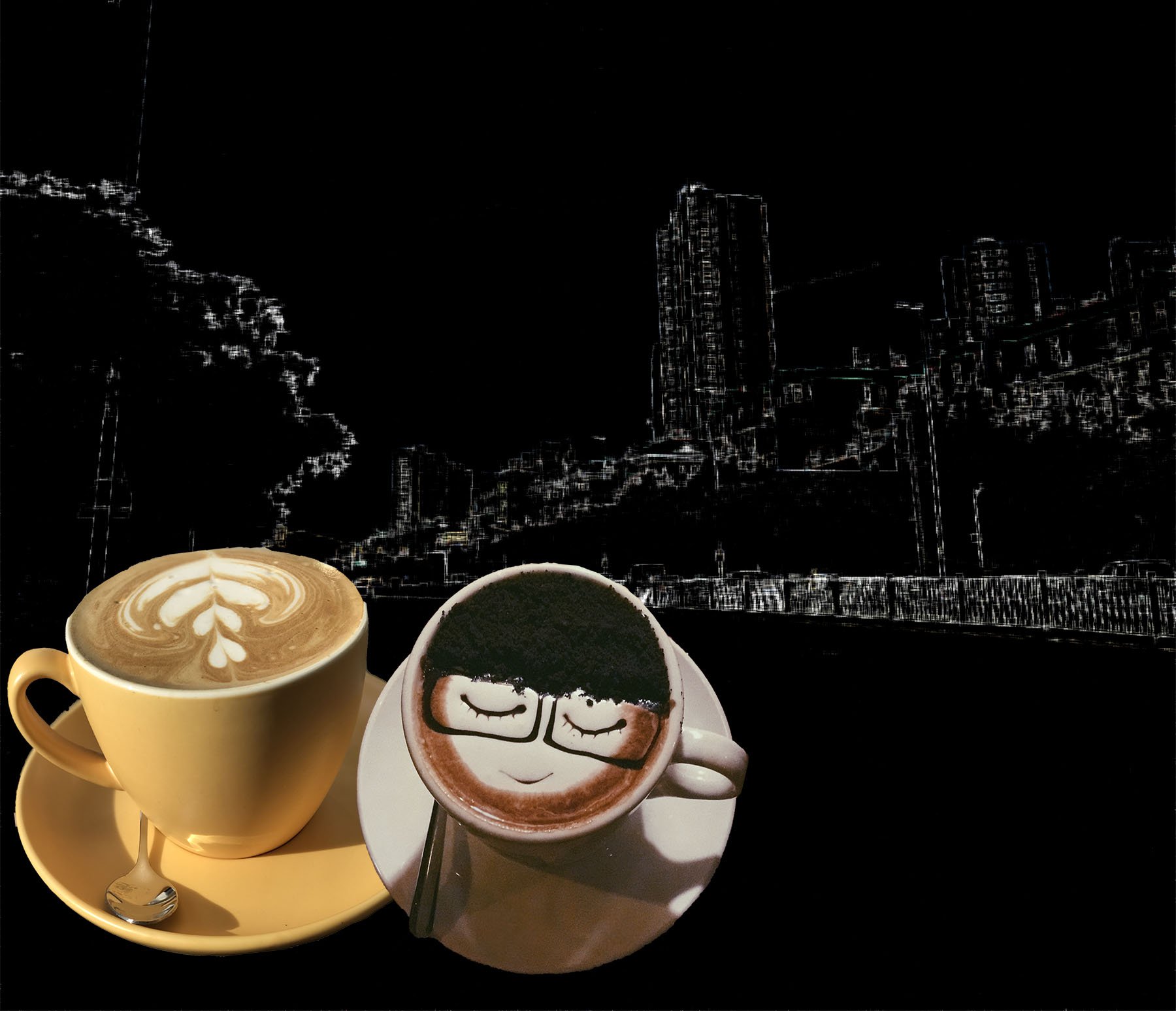 About to graduate and confused?

Nothing is more daunting than the fact you are about to graduate and you have no concrete plans for the future. The questions that arise are; do I carry on with education and do a masters or do I take the plunge into real life by becoming a full time adult and start work as a graduate?? Well, that was my predicament until I came across InternChina. I applied for the marketing & business development position in the Qingdao branch and was offered the 3 months internship (yay!). Interning in China has given me the opportunity to gain great experience whilst figuring out my future plans! 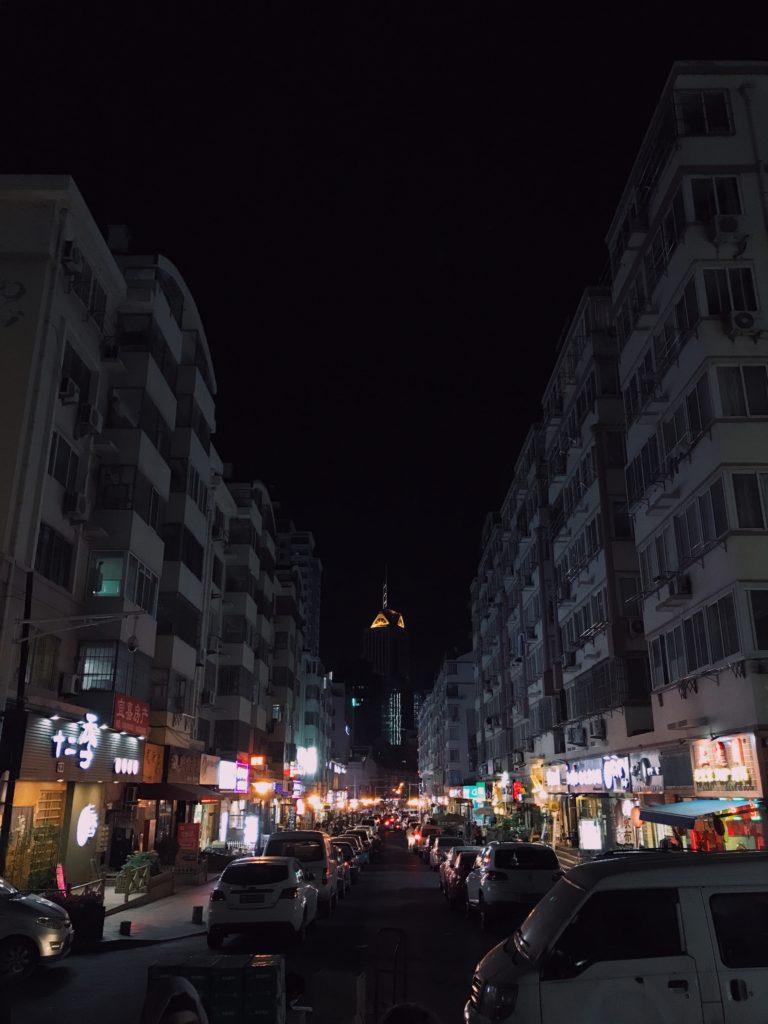 On my arrival, I was picked up from the airport by one of my soon to be colleagues. She was incredibly welcoming and helped me settle in the shared apartment. What I like the most about the apartments in Qingdao is that they are graciously spacious yet have a very cosy vibe to them. My roommates are my fellow colleagues at the IC Qingdao branch, so it was great to be able to meet them outside of the ‘work’ environment. (I did find it rather humorous that each one of us were from a different European country, one Brit, one French and one German… it almost sounds like one of those bar jokes).

As I had never been to Qingdao before, my roommates took me out and introduced me to fellow individuals who are part of the InternChina programme but are interning at different companies. As we are all connected through InternChina it was very easy to get along and feel comfortable with one another. Plans for the weekend were discussed and I was thrown into the mix and was able to explore Qingdao with them all!

There are really cool cafes, bars and restaurants in China, so regardless of the city you’re in, you will always be able to find somewhere that is to your liking. The food is cheap and cheerful -some meals will cost you max 3 pounds (I can’t find the pound sign on my macbook sigh). Moreover, you can actually find food that is halal and great for vegetarians!

Honestly, I have only been here a few days and already I have some ideas on what I wish to do once I get back to the U.K. It also helps to be around people from all over the world as it is a great way to broaden your horizon and learn more. So if you’re currently unsure and undecided, I would wholeheartedly recommend an internship (especially one in China).

To start your own internship adventure in China, apply now! 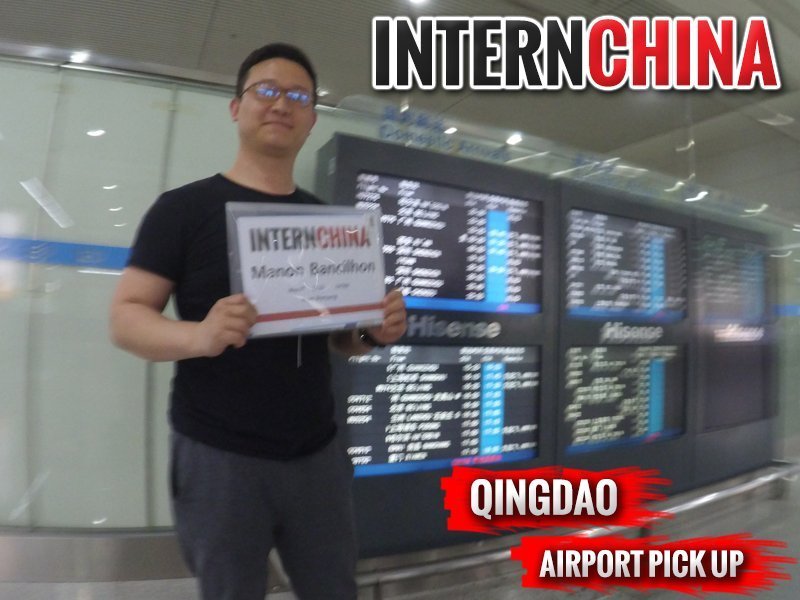 All of our programmes include pick up on arrival and transfer to your accommodation so you don’t have to worry about getting lost in China on your first day.

When you arrive at Qingdao International Airport a member of our staff will meet you right at the arrival gate and take you straight to your apartment or homestay.

Apply for an unforgettable experience now. See you soon!