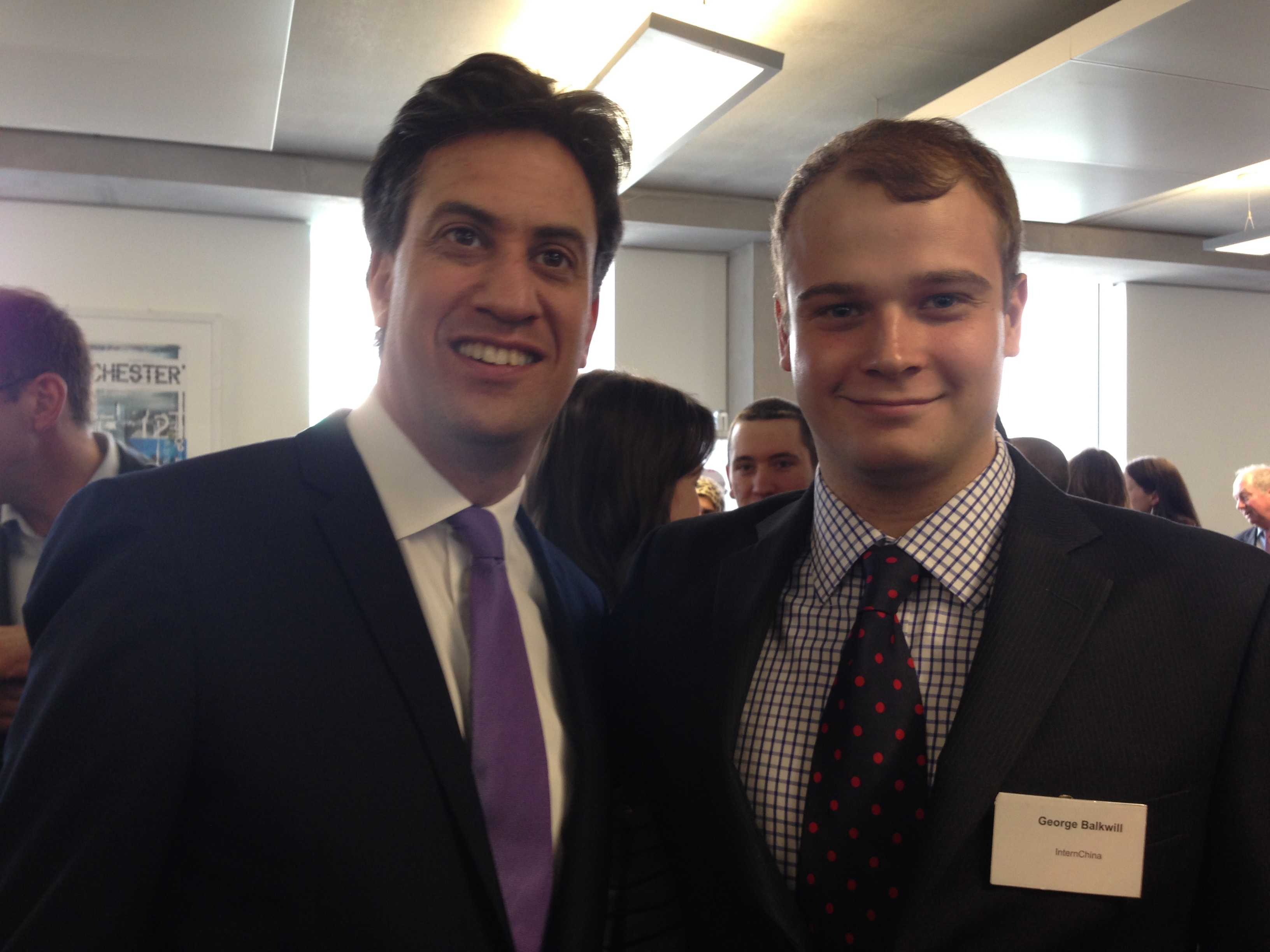 Last Friday, MMU hosted a lunchtime reception the ‘celebrate small business, entrepreneurialism and enterprise’. The event was attended by the The Rt. Hon. Chuka Umunna MP and The Rt. Hon. Ed Miliband MP

Ed Miliband is a prominent figure in UK politics as he’s the current Leader of the Opposition and head of The Labour Party. It was great to briefly talk with him, he’s someone who truly believes in the importance of companies like InternChina, and the benefit they bring to everyone who takes up the opportunities that we have to offer.

Also speaking at the event was Chuka Umunna, the UK’s Shadow Business Secretary who echoed Ed Miliband’s comments, adding that Manchester is an ideal city to operate a business from, as it’s now the fastest growing city in the UK outside of London.

I never thought I’d meet someone like Ed Miliband – it’s not usual I’m lucky enough to get invited to such an event! It goes to show that taking up an internship can be rewarding in unexpected ways.

It also comes at a time when the Labour party has announced that their election manifesto will include commitment to reduce student tuition fees. Without stating my own political views, as a student, I think that’s pretty good news!

If you want to be part of the InternChina story – why not Apply Now!