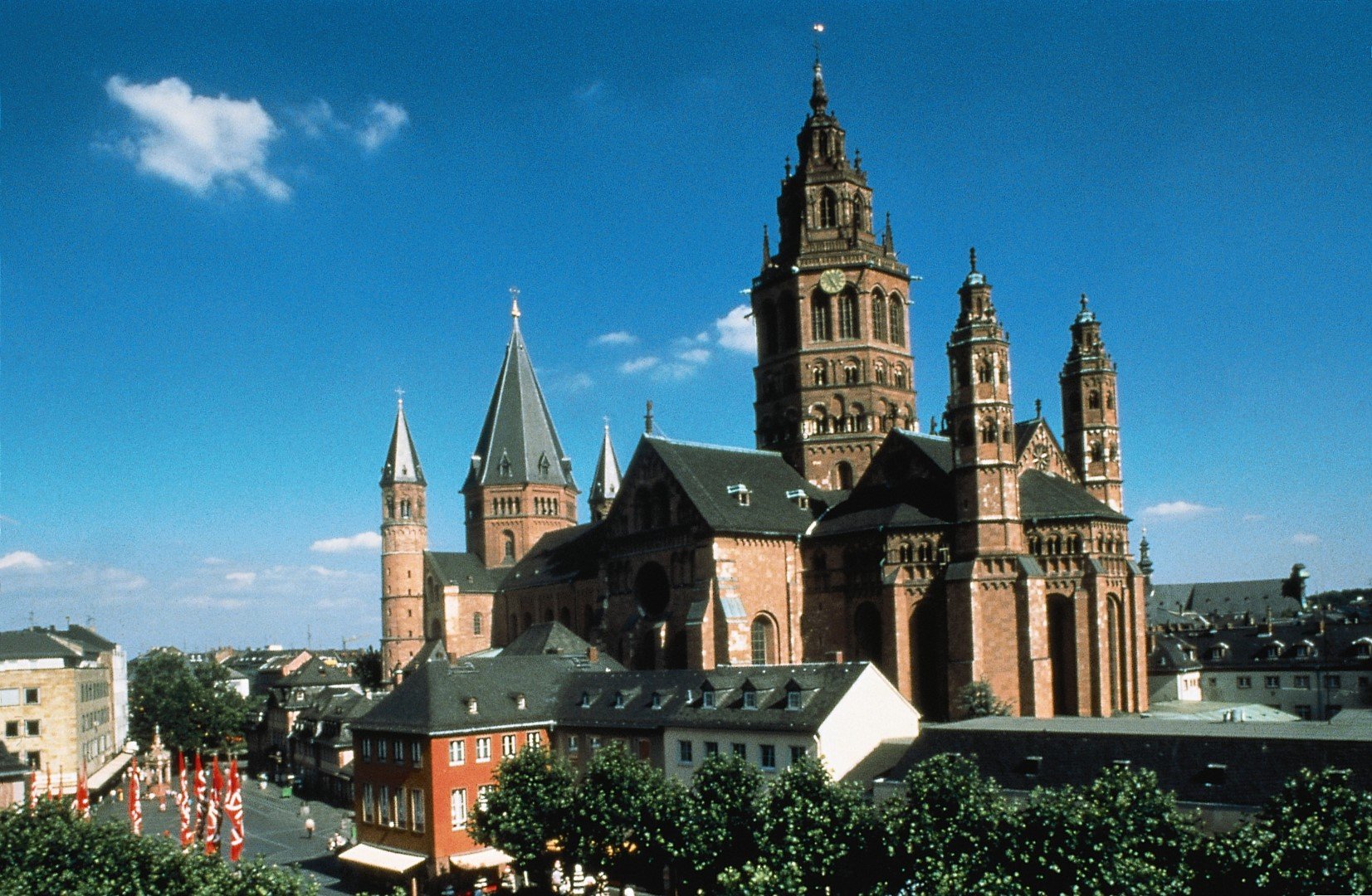 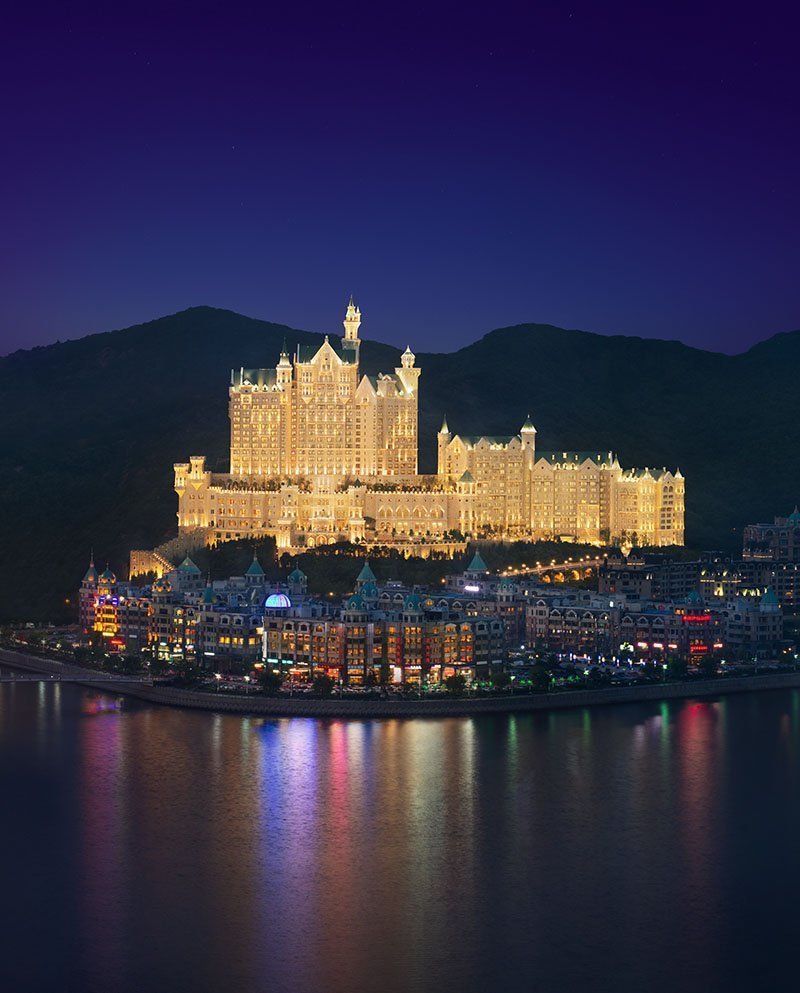 Dalian – Major city and seaport in the south of Liaoning Province

Dalian is the Southernmost city of Northeast China and China’s northernmost warm water port, at the tip of the Liaodong Peninsula. Dalian is the province’s second largest city and it is often recalled as a bathing paradise.

Let me give you a little more inside about the three main areas in Dalian.
It is always a good idea to check out the downtown area. The one in Dalian presents the historical heritage, exotic flavor and modern charm of the city. The Zhongshan Square, which is also called ‘Nicholas Square’ is the central landmark and due to a mixture of Western style buildings of Romanesque, Gothic and Renaissance designs it got the name ‘Oriental Wall Street’. If you don’t feel like walking, you should definitely tour the city in an antique trolley car from the early 1900s.

If you love the Ocean you should definitely check out the BinhaiRoad. Don’t forget to bring your significant other because it is also called “Valentine’s Road”. In case you are newly weeds, you should go check out the area of Birds Nest Mount Range and the Great Northern Bridge. Binhai road is 32 km long and offers a lot of restaurants and shopping opportunities.

Xinghai Park is situated on the Southwestern side of Dalian City and borders Xinghai Bay from which it takes its name. Some 800 meters in length, the park has luxuriant trees and flowers on the landward side while the coastal side comprises a beach of golden sands.

The park attracts many visitors as it is a haven of tranquility as well as offering excellent facilities for bathing. As well as the natural beauty of the park the visitors will be drawn to the architectural delights of the Qile Pavilion, Wanghai Pavilion and Yingchao Pavilion that are connected by footpaths.

The Tanhai Cave can be seen in the Eastern cliffs. The name of the cave means ‘exploring the sea’ and as you descend the steps within it you will find the sea-spray rising at your feet, a truly amazing sight!

Another feature in the park is the Sun Asia Ocean World where you can observe many of the often bizarre creatures that live in the sea. This aquarium is the first in China to have an underwater tunnel from which you can see the marine life. In addition you will see the world’s first underwater pyramid! This is the only museum in China dedicates to a fine collection of fossils from all over the world, each one being several hundred million years old.

Dalian and its cuisin, breathtaking views, 7 million people and endless white beaches is definitely worth visiting. If you want to read more about InternChina and its internship locations, click here. 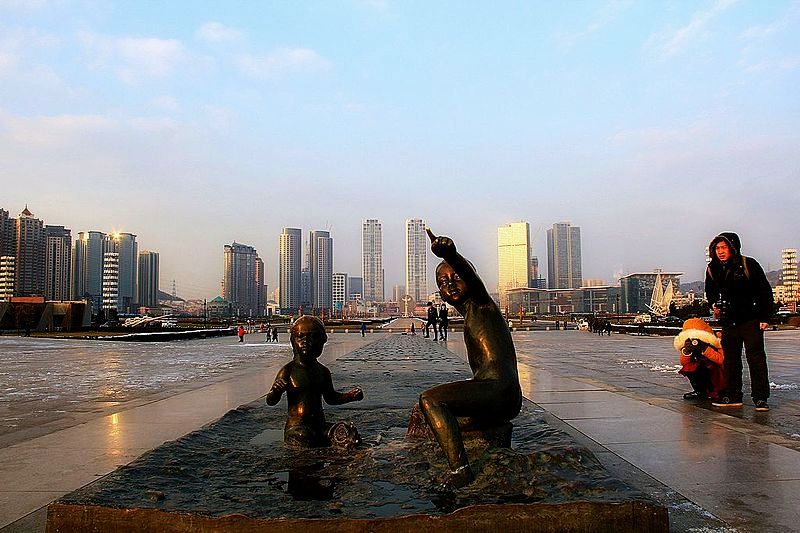 We all know that China almost has over 1, 4 billion people. Around 7 million of them are living in Dalian.That is about as much as the capital of the United Kingdom has.

Dalian has a significant history of being used by foreign powers for its ports and is still divided into two sections: a former Japanese district and a Chinese residential area. Moreover, Dalian offers a variety of seafood and you can find a lot of Korean and Japanese restaurants.

Doesn’t that all that super interesting? Right, so let’s talk more facts:

Dalian is a sub-provincial city in the Eastern Liaoning Province in China, and also China’s northernmost ice-free seaport. It is located on Korea Bay north of the Yellow Sea and roughly in the middle of the Liaodong peninsula with a coastline of 1,906 km (1,184 mi). That means lot’s of beaches.
Doesn’t that also sound pretty amazing? Let me give you some details about the climate:

Dalian has a monsoon-influenced humid continental climate, characterized by humid summers due to the East Asian monsoon, and cold, windy, dry winters that reflect the influence of the vast Siberian anticyclone.

Dalian governs the majority of the Liaodong Peninsula and about 260 surrounding islands and reefs.
With a huge, well-protected harbor, modern freight-handling facilities, and fine rail connections, Dalian is the chief commercial port of Northeast China and an oil-exporting port.

In addition to that, the city is considered as the fashion capital of China. Who would have thought that, right?

It is also the financial center of Northeast China which indicates how important Dalian is.

And here are some important facts about Dalian’s history:

Dalian sounds very interesting and like a lot of fun? Come visit and check out more about our programmes

Jamie Bettles
Before your stay, Chengdu Blogs, Eating Out in Chengdu, Things To Do in Chengdu
Posted on March 15, 2013

InternChina Goes West – do you remember?

During Chinese New Year I moved from Qingdao to Chengdu and took with me: my cat Paula (big thanks to my colleagues who helped me through all the paperwork to take her on an airplane!) and my Chinese colleague Leo (also well-known as MacGyver amongst the InternChina community!).

Both arrived safely and helped me to feel like at home from the first day on. Our mission is to set up a new office for InternChina and to welcome as many students from all over the world as soon as possible. Chengdu is a fascinating city and offers plenty of opportunities for career seekers or those who just want to get a first idea of this enormously growing country and their economy. Also for those, who are culturally interested in China, Chengdu has a lot to offer: Daoist and Buddhist temples in and around Chengdu, religious mountains and multiple Chinese ethnicities living in the city make the exploration of Chengdu a big adventure.

Even though the last weeks were busy with finding a good office location and settling down, I tried to stroll around the city and discover places for you which might be interesting when you come to Chengdu the first time in your life.

So, I started my tour with strolling around in Jing Li Ancient Street. This is a place where you can find traditional Chinese architecture blending in with the modern world of consumption. A fascinating place where you can buy Chinese souvenirs for your friends and family at home or try different exotic Chinese snacks. Right next to this street, there is the more than 300 years old Wu Hou Temple, which is a huge area including a bonsai tree garden and the perfect place to escape the bustling city life. Entrance fee is 60 RMB, but worth to pay, if you like to hang out in a peaceful place and discover the beauty of Zen gardens. Not far from the temple you can find the Tibetan streets, where you can see typical restaurants and shops for all religious equipment (like incense sticks, incense vessels and holders as well as praying pillows) can be found. People are friendly here and speak English, so you can easily purchase some Buddhist goods or clothes.

After my tour through Wuhou district, I felt really hungry and as I love to cook at home, I wanted to try another supermarket than Carrefour to buy groceries. So, I went to Raffles City, which is a very new Shopping Center in Chengdu (see picture), where you can easily get lost within all the shops and even in the supermarket, which turned out to be a labyrinth. However, they offer very good fresh meat and fresh sea fish, which usually is not possible in a city so far away from the sea. Also, one of the 36 Starbucks in Chengdu can be found here, so if you are thirsty for a good coffee in Chengdu, there is always a place to go.

Finally, I also tried a few Western and Chinese restaurants in Chengdu and I easily can say you can get food from all over the world here: I already had potato salad as my grandma used to make it, original Spanish Tapas along with a cheesecake cream dessert, Tex-Mex and Indian food, as well as fried goose from Hongkong, steamed shrimps dumplings (Cantonese) and of course all different kinds of hotpots!

As you can see, Chengdu is a city which is easy to explore and of course, if you come here for an internship you could discover the city with our InternChina team together!

If you are interested in doing an internship in China, don’t get lost – we will provide you with a Welcome Package including the contact details of all important team members.

In February 2013 we will open our new office in Chengdu, the capital of Sichuan province, China. Not only is it one of the fastest growing cities in the world, but it is also China in a nutshell.
Here you can find hundreds of Chinese minorities, Han-Chinese and foreigners from all over the world peacefully living together. Chengdu is famous for its spicy hot-pot but being the host for the world-biggest research base for Pandas, too. A mix of different cultural influences, the laid-back lifestyle of the locals and the enormous pace of growth make Chengdu a fascinating city!

Not only the city itself but also its beautiful surrounding make Chengdu a wonderful place to explore: Mountains and rivers, Buddhistic sites and temples, Nature reservation parks and the Tibetan Plateau not far are teasing everyone who wants to escape the busy metropolis.

Last Tuesday my colleague Leo and me went on a first exploration trip to Chengdu in order to meet partner companies, host-families and to search for suitable office locations and a language school partner. The positive response that we received was overwhelming and just confirmed our decision: InternChina goes West!

The first interns in Chengdu can start beginning of March 2013, we can receive applications from now on. First internship positions and information about Chengdu can be found on our website www.internchina.com. Keep your eyes open, we are planning to offer a discount for those who book early for Chengdu.

If you want to do an internship or learn Mandarin in Chengdu, please apply now or send us an e-mail to info@internchina.com!

To give you a first impression about Chengdu, please see the pictures below!