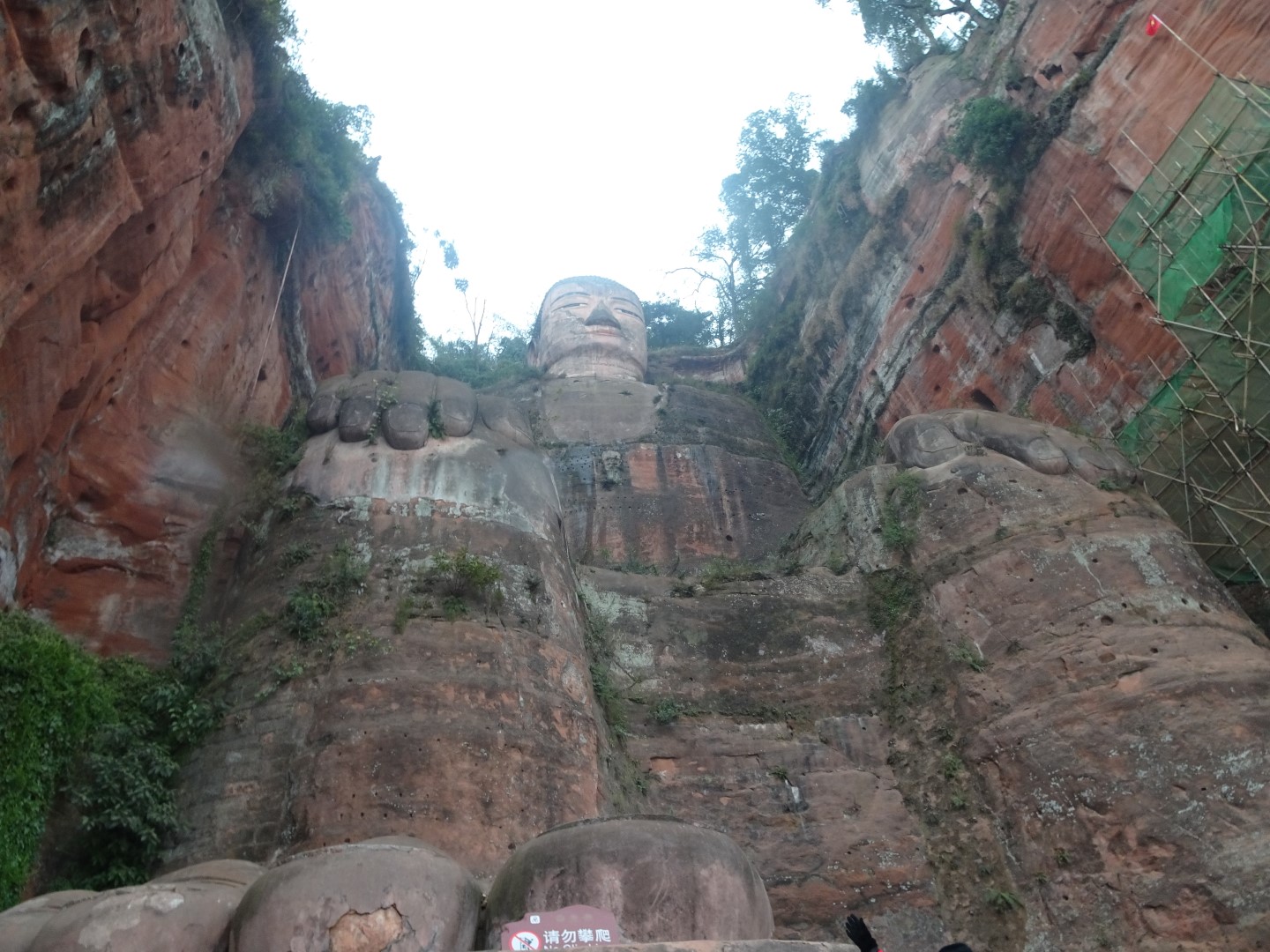 Chengdu InternChina events, Events in Chengdu, Things To Do in Chengdu, Weekend Trips
Posted on January 30, 2018

Early on Saturday morning our interns from the Chengdu branch headed out on the train for Leshan. The forecast suggested it would snow; a rare sight in Sichuan Province, but that didn’t dampen our spirits.

After getting off the train at Leshan, we took a short taxi ride to the Leshan Buddha and surrounding area. After paying our admission fee and entering through the gates, the beauty and the attraction on show stunned us!

Whilst it may be expected that it is just the Buddha on show at Leshan, there is in fact a whole array of statues and monuments to be admired. We started by ascending the mountain up to a look out point over the rivers beneath, where there was a fantastic view over the valley below.

After a short walk through a forested area we ended up at a pagoda standing tall at the top of a wide staircase. When we reached the foot of the pagoda we could see a few Buddhists walking around the square base reciting prayers.

We then headed towards the Giant Buddha taking in the sights as we walked through beautiful lily ponds full of Koi fish gracefully gliding through the water. At the head of the Buddha there was a giant bell being rung by a monk to ward off evil.

Then it was time for the main event.

The Leshan Giant Buddha stands a giant 71m tall and looks over the confluence of the rivers Dadu and Min. Which eventually flow in the giant Yangtze river. The Dadu starts its journey in the Tibetan plateau before winding its way through Kanding. Then onto Leshan eventually ending up in the East China Sea. This towering structure was built between 700-803 AD and contains an elaborate drainage system in order to prevent weathering.

After a short fact file by myself to prepare the interns for what was ahead, we made our way to the top of the stairs, which descend down the cliff face beside the Buddha. This allowed us to get a true feeling for the scale of the massive structure. Descending our way down was the perfect opportunity to capture some fantastic pictures before reaching the bottom. We took our time, and stood at the feet of the world’s largest pre-modern statue, capturing some images and enjoying the roars from the rivers below.

Inspired by this adventure? Apply Now! 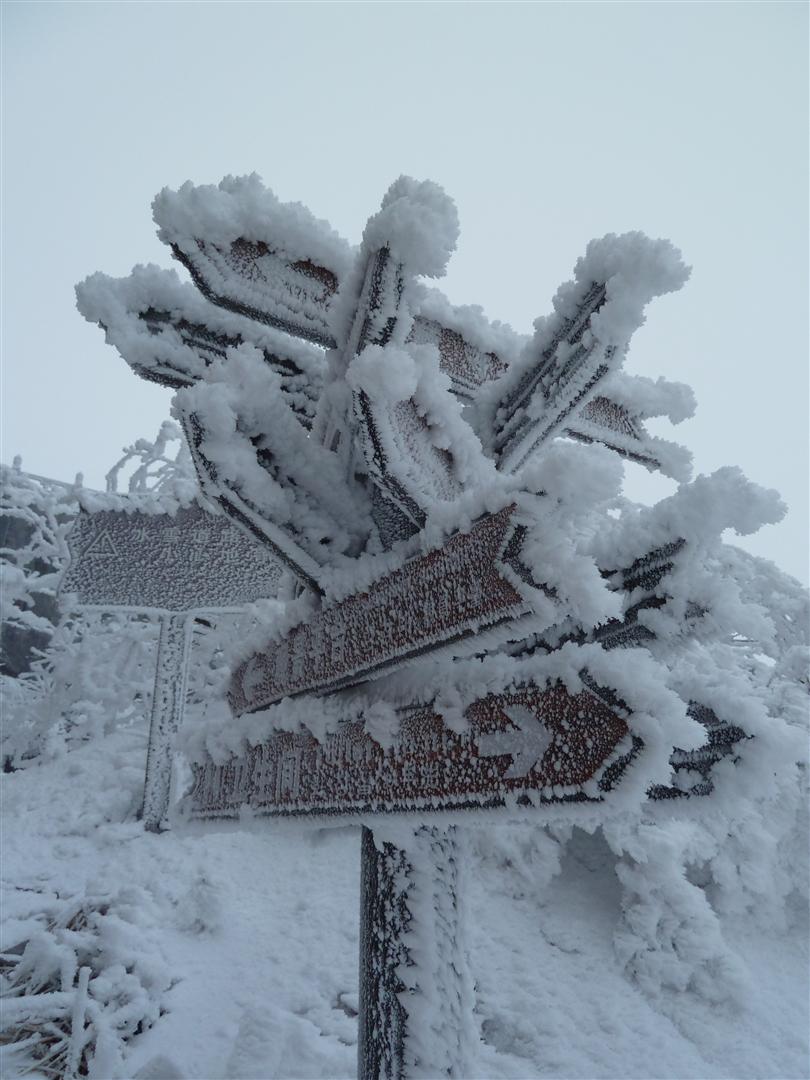 Back in 2012 when I was first in Chengdu, I had the chance to experience my first Spring Festival in China. After the first semester of my studies finished, I had a long period of time to travel around but as my friend was coming to visit me, I decided to stay put in Chengdu.
The Spring Festival was approaching and you could see quite a lot the people leaving Chengdu to go back to their hometown to celebrate the festival.  As the streets of Chengdu were emptying we came to the conclusion that there would be no reason to spend Spring Festival in the city, so we decided to spend it elsewhere. We wanted something different but somewhere that wasn’t too far, something that would be an unforgettable experience for all of us. My friend suggested Emei Mountain because she heard that the sunrise was amazing. So that was it, the decision was made, we would spend Spring Festival at the top of a mountain!

Two nights were booked and we were excited about our adventure to Emei Mountain. To prepare for our travels we bought snacks, fruit, water and some instant noodles. We also bought some heated pads that help keep you warm. If your feet are prone to the cold like mine, the heated pads that are made to fit nicely inside your shoes will do wonders for your toes!

Our first day was spent travelling and trekking up Emei. When we arrived at the bottom of Emei, we purchased a bamboo stick and some ice grips each to help us with the trek. We then took another bus up to take us part way up the mountain. On the way we could see the weather changing drastically, snow started to appear on the roads and we felt like our life was in danger because the roads were so narrow and close to the edge of the mountain. Nevertheless, we made it safely and arrived at our destination to a completely white covered mountain. We then made our own way up to our hotel and trekked for what felt like eternity.

Our second day started early as the main reason for going to Emei was to see the sunrise, but to our disappointment as we were making our way to the top, we could see the skies were not clear enough that day. But whilst we were there we did manage to take some great photos including the Golden Buddha. That morning we had also decided to shorten our visit for several different reasons. But before making our way home we had to make a detour to a different part of the mountain to do some skiing!

Although we were unable to see the sunrise, the trip to Emei was still unforgettable in so many different ways. Just to name a few, the scenery was of course amazing but also funny memories that we were able to take home with us such as the management of the hotel refusing to give us extra blankets and shutting the door in angrily our faces, and the time when we asked the ski instructor for advice on skiing (it was our first time), his response was ‘Go with your guts!’.

So apply for an internship in China now. In your free time you can travel to many different places and have your own memorable experiences! 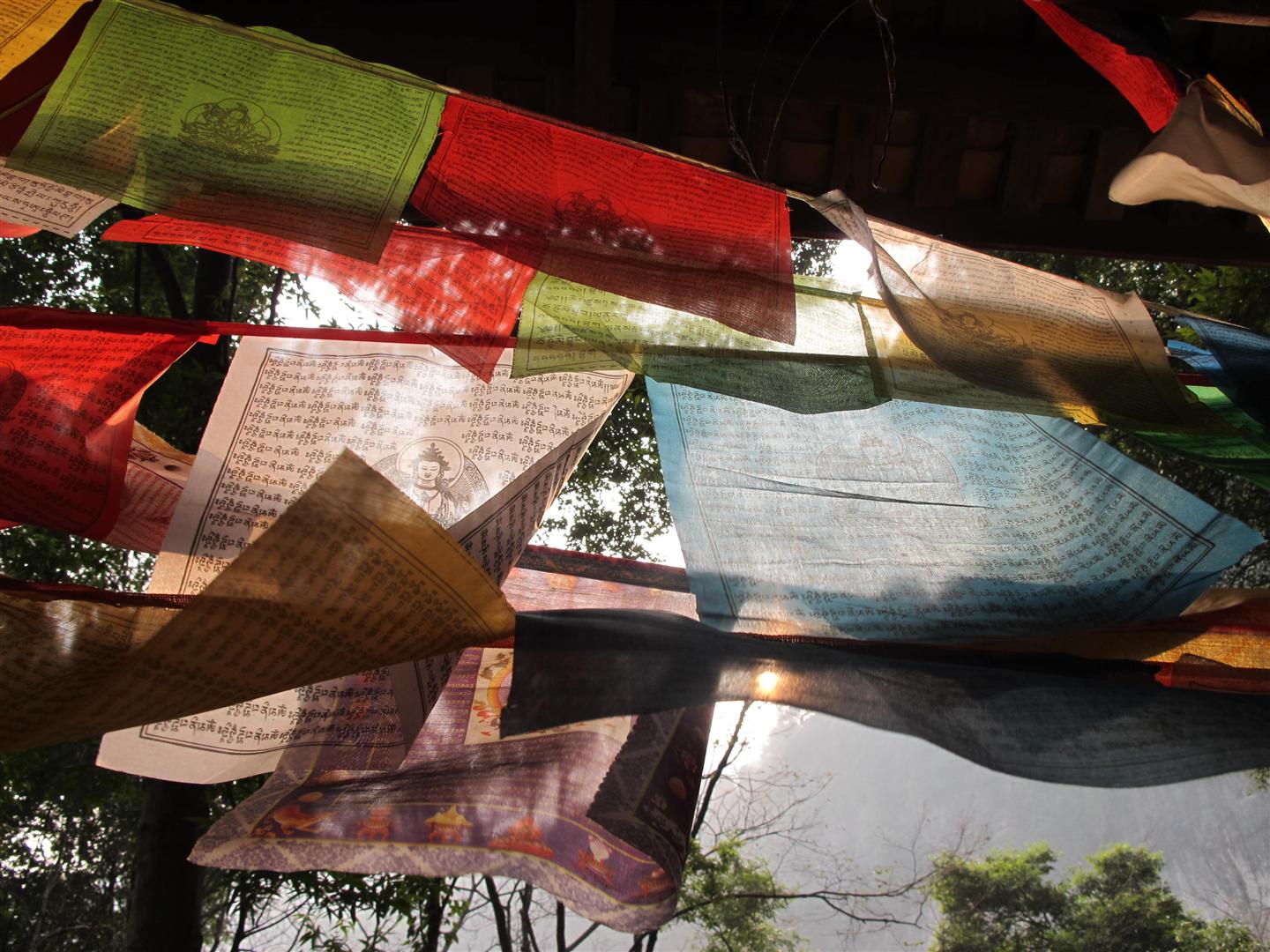 This week is my first week working in InternChina and my first trip I attended organised by them.
We had all planned to meet at Xinnanmen Station for an early 9am departure to make our way to Dayi. We had a slight hiccup as the lady at the bus station gave us the wrong information and to get the Dayi we had to get a bus from Chadianzi Station, which was on the other side of the city! Six tired interns and one journey across the city we finally left Chengdu at 11am.

Dayi is a county of Sichuan Province, about 68km west of Chengdu. The journey from Chengdu to Dayi was about an hour, so it didn’t really take too long. But it was definitely long enough for that much needed nap all of us took on the way there.

Once we had arrived at Dayi, the first thing we noticed was how clean the was air was and we even got to enjoy a bit of sun (the sun is a rare thing in Chengdu).

We went to visit a place called Baiyansi, it had lots of nature and beautiful scenery. It was shame that that the leaves had already fallen and we were not able to see the trees full of golden leaves which was one of the main reasons for our visit to Dayi! We felt so sad that some of our interns put leaves in their hair.

I knew that there would be lots of walking but I didn’t expect it to be hilly as it was. I didn’t manage to make it all the way up, but the majority of the interns did. I think that next time I would definitely take more food with me, I’m not the one who can manage on just snacks!

My favourite part of the trip was seeing the white pagoda that we had passed on the way up.

It was also interesting to see the long stairway that was lined with different Buddhas at either side.

It was definitely worth the trip and having enjoyed the nice air of the countryside I feel that escaping the city once in a while is definitely on my list.

Do you want also want to see what beautiful scenery China has to offer? Then apply now!

Having an expat dad living in the same country as you has its perks: you get to tag along on his travels! I must admit, after witnessing all the preparations in the weeks before Chinese New Year, I was a little bummed out that I wouldn’t get to see the actual celebrations. But when the opportunity arises to travel to an exotic island in Southeast Asia, you just can’t say no!

I spent all of 8 days in Sri Lanka, and I have to say, it’s nothing like any country I’d been to before. For instance, around 70% of the population is Buddhist, meaning: lots and lots of temples! My dad is sort of a Buddhism aficionado, and it seems to be his personal mission to visit as many temples and shrines as possible. Sri Lanka definitely gave him a lot of material, including the stupas in the ancient city of Anuradhapura (where the oldest tree in recorded history has remained guarded for over 2000 years), the tiny temple where Buddha’s teachings were put in writing for the very first time, and of course, the Sri Dalada Maligawa Temple in Kandy, which houses Buddha’s Sacred Tooth Relic.

One consequence of visiting all these temples is you have to do a lot of climbing, since monks have the tendency to choose high grounds for their meditation duties. I am not a very sporty person and at the beginning I was a little mortified to have to climb all those steps, but I have to say the outcome is very much worth it. Especially at Sigiriya, the ancient fortress built on a flat rock nearly 400 metres high, where I literally felt like I was on top of the world.

Other awesome highlights of my trip were the visit to a spice garden, where I learned all about Sri Lankan medicinal herbs and got to buy a whole bag of goodies, the tea factory where I found out how my favourite cuppa (English Breakfast) gets made, and the gem factory, where I had to beg my dad for an elephant pendant with a tiny incrusted topaz. And let’s not forget about the food: with so many practising Buddhists, Sri Lankan cuisine relies a lot on vegetarian dishes, and most of the meat dishes are either chicken or seafood. But their amazing variety of spices and tropical ingredients all come together to create some of the most fresh, flavourful and – on top of it all – healthiest food I’ve ever had.

But my personal favourite was the chance to be in close contact with animals: as an animal lover, Sri Lanka is as close as paradise as I’ve ever been. Buddhism teaches to be kind to all living creatures, and you can really see that here. There are dogs and monkeys everywhere, and as dirty or skinny as they can be, people don’t mistreat them and they happily coexist. I also got to go on a safari at Yala National Park, and see all kind of birds, buffalos and even a short glimpse of a leopard. The cherry on top of the cake was the Pinnawala Elephant Orphanage. Being mere metres away from dozens of elephants, watching them bathe and play and feed their babies – plus touching them and feeding them myself – was an experience I’ll never forget.

Coming to the other side of the world for an internship wasn’t just about work experience or even learning Chinese – it’s about having the opportunity to visit places you’ve only ever read about and never in your wildest dreams thought you’d see.

Want to explore Southeast Asia like Daniela? Come to Zhuhai for an internship and go on lots of adventures! Apply now via email or directly on our website!